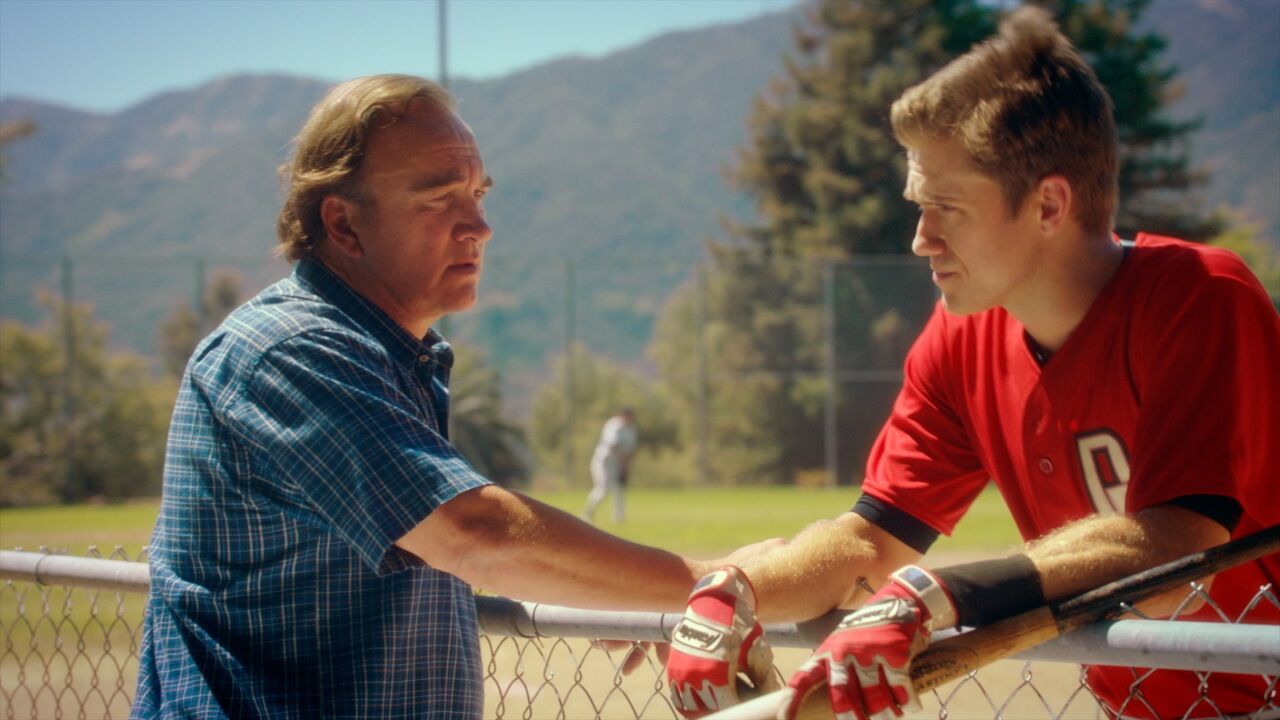 I played ball in school. Our team was awful. But I love the game. And let’s face it, I would see anything with Tyler Hoechlin in it. So there was no way I wasn’t going to see Undrafted.

Undrafted was written, directed and produced by Joe Mazzello and is a semi-biographical account of a day in the life of his brother John (Aaron Tveit). The basic story is this: John was hoping to get drafted into the MLB (Major League Baseball), but he doesn’t. And on the day of the draft, his very minor league team has a playoff game. Throughout the course of the game, John must decide whether he wants to continue trying to make it as a professional baseball player or give up the game all together.

John’s team, the D-Backs, is made up of a bunch of washed up players and misfits. Dells (Hoechlin) is a closer who must now be a starting pitcher. Barone (Chace Crawford) is a hotshot who thinks he’s the best player that ever existed. Pat (Mazzello) is an outfielder with anger issues. Fotch (Phillip Winchester) was actually drafted…before he

blew out his shoulder. Ty (Duke Davis Roberts) is the infielder/coach who just wants everyone to pretend they care about the game.

Basically, picture the boys from The Sandlot all grown up and a little more free with their swearing.

Every character is perfect, and while some of them are more over-the-top than others, there’s enough nuance and subtlety to show some true depth of character. Of course I have to highlight Hoechlin as Dells, whose desire to prove himself is manifested almost entirely through those majestic eyebrows of his. He’s more composed and reserved than his character in his last baseball picture, Everybody Wants Some!!, and he does both admirably. Tveit was also fantastic as a guy who just had the rug pulled out from under him and still managed to keep going. It’s a very understated performance, but that’s why it works. The entire cast has amazing chemistry, and the film highlights this exceedingly well. These are guys that will rag the hell out of each other but still run in from the outfield to throw the first punch.

As I mentioned, I played ball in school, and Undrafted is exactly how I remember playing to be. I had a teammate like Vinnie (Jay Hayden), who would try to pump everyone up with random dance moves and sing-a-longs in the dugout. (The D-Backs’ pump-me-up opening number is something people might recognize from A League of Their Own.) And like I told you guys, we were awful. So I very much remember what it was like to have to play when you didn’t think there was a point and keep playing when it looked like all hope was lost.

Undrafted is the perfect mix of heartfelt and hilarious; there were parts where I legitimately laughed out loud, and there were also parts where I teared up. Mazzello did a great job with the script, which is witty and at times kind of schmaltzy, but you would expect it in this kind of underdog sports film. It’s a baseball movie, of course there are going to be motivational speeches. What really manages to shine through is how much fun the cast had filming, because they do seem to genuinely be having a great time.

Undrafted is playing in select theaters nationwide, but you can also buy it on iTunes!

1 thought on ““Undrafted” Hits It Out of the Park”