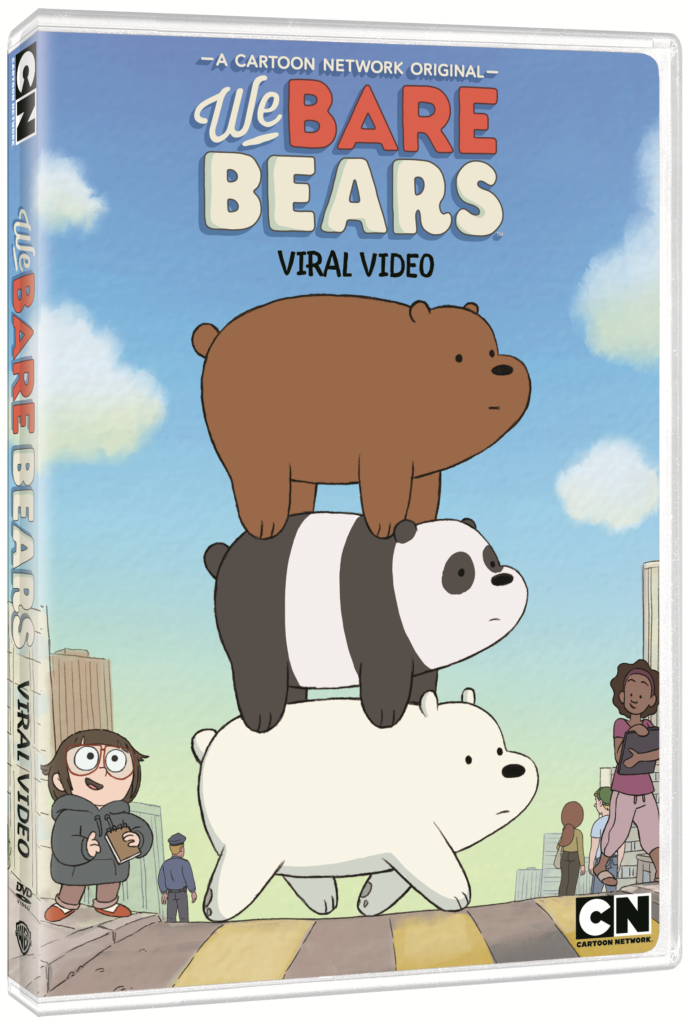 Grab your friends, get in stack formation, and prepare yourselves for a special We Bare Bears DVD! We Bare Bears: Viral Video is set to release October 4, 2016, and will retail for $14.97 SRP.

We Bare Bears: Viral Video will include twelve episodes from season 1, at eleven minutes each. They are:

This is a great sampling of the best of the beginning of We Bare Bears, featuring lots of bear brother bonding, Bay Area shenanigans, and hilarious plots with modern twists. Over the course of the twelve selected episodes, Grizz (Eric Edelstein), Panda (Bobby Moynihan), and Ice Bear (Demetri Martin) open their own food truck, try to become Internet stars, and pursue love in the form of life-saving saleswomen and man-sized burritos.

Another awesome feature of the selected episodes is the introductions of three of the most important characters outside the bear bros themselves. Chloe is a whipsmart, socially awkward young lady who befriends the bears in “Chloe.” She is voiced by the brilliant Charlyne Yi, who also lends her talents to another Cartoon Network show as all the Rubies in Steven Universe. In “Charlie,” the bears meet another new friend, a socially unaware cryptid voiced by Jason Lee. Unlike Chloe and Charlie, the titular episode’s character introduction does not become their friend when the bears meet Internet famous koala Nom Nom, voiced by Patton Oswalt.