We need to talk about Jaime Lannister: Why rape isn’t a suitable plot device 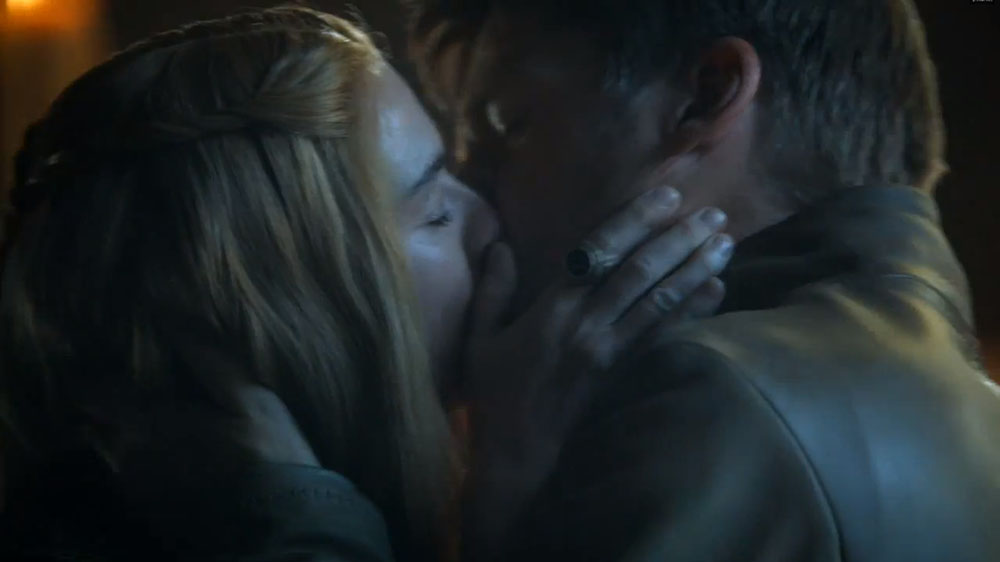 WARNINGS: The following article contains spoilers through the the fourth book in George R. R. Martin’s Song of Ice & Fire series (Feast for Crows), as well as through season four, episode three of Game of Thrones. Additionally, please note that we are including a trigger warning due to this article’s discussion of rape.

Due to one short but extremely controversial scene, last night’s Game of Thrones, the third episode of the fourth season, has caused quite an uproar amongst many fans of two characters in particular – those being Cersei and Jaime Lannister. Of course, this isn’t the first time the show has made questionable changes with our favorite incestuous twins, but personally I feel that the line they crossed in Breaker of Chains is one that will be extremely difficult (if not impossible) to bounce back from.

Admittedly, I have a bit of a love/hate relationship with Cersei (I mean let’s not lie, she’s both awesome and completely maddening), but Jaime Lannister has been one of my favorite Song of Ice & Fire characters since I read his first point of view chapter in A Storm of Swords. That said, do I think that he’s a ‘good guy’? Of course not. Like so many of the other great characters in this series, he’s morally gray. He pushes Bran out of a window, attacks Ned and kills Jory, incessantly mocks Brienne, threatens to send Edmure Tully’s unborn baby to him via trebuchet…the list goes on and on. 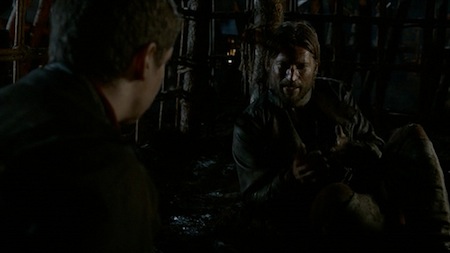 To say that all of this pales in comparison to the way Jaime thinks of and feels about Cersei isn’t even right; the man who experienced the aforementioned situations would not rape a woman – any woman – and that’s that. But apparently consensual incestual sex (while Cersei was on her period, to boot) wasn’t ‘edgy’ enough for the show.

Additionally, the director of Breaker of Chains apparently believed that he was depicting an at least somewhat consensual sex scene; he stated that “…it becomes consensual by the end, because anything for them ultimately results in a turn-on, especially a power struggle.” Unfortunately, this belief of Alex Graves is just as problematic as them simply wanting to make the sept scene more ‘edgy’ than it is in the books – if not more problematic, because Cersei resisting Jaime’s advances, saying ‘no’ and fighting back until the end, never once uttering the word ‘yes’ – is not a sex scene Graves or Game of Thrones or HBO should be proud of. It’s just another example of the rape culture that we live in.

Of course this isn’t the first time the show has taken something from the books and warped it into what is essentially a sexualized rape scene. (I honestly feel wrong even referring to it that way because the implications are disgusting, but clearly they think they’re doing something great, here.) In the season four premiere we were treated to a rendition of Arya and Sandor’s fight at the tavern, complete with background characters forcing themselves on the tavern owner’s daughter and Polliver making rape threats against Arya – who is only a child, despite having been aged up a bit for the show. The sexualization of her character through rape threats was completely unnecessary.
About as unnecessary as Daenerys’ wedding night with Khal Drogo in season one. The details of her marriage to Drogo aren’t lost on me; in the books, she’s a thirteen-year-old maiden who is outright sold to the Dothraki. But their wedding night is as consensual as it can be in that situation, and is really almost sweet…nothing like the bastardized version of it that Game of Thrones shoved down viewers’ throats.
It’s no secret that I’m one of those viewers who rolls her eyes almost every time they make a major change from the book story lines, but in this instance that’s not even what I’m questioning. The world of ASOIAF is a harsh one, but for all his mention of rape (and there’s a lot of it), Martin doesn’t use it as a plot device – however, considering the excuses I’m seeing from the show’s producers/writers/directors, it’s clear that they can’t not use rape as a plot device. 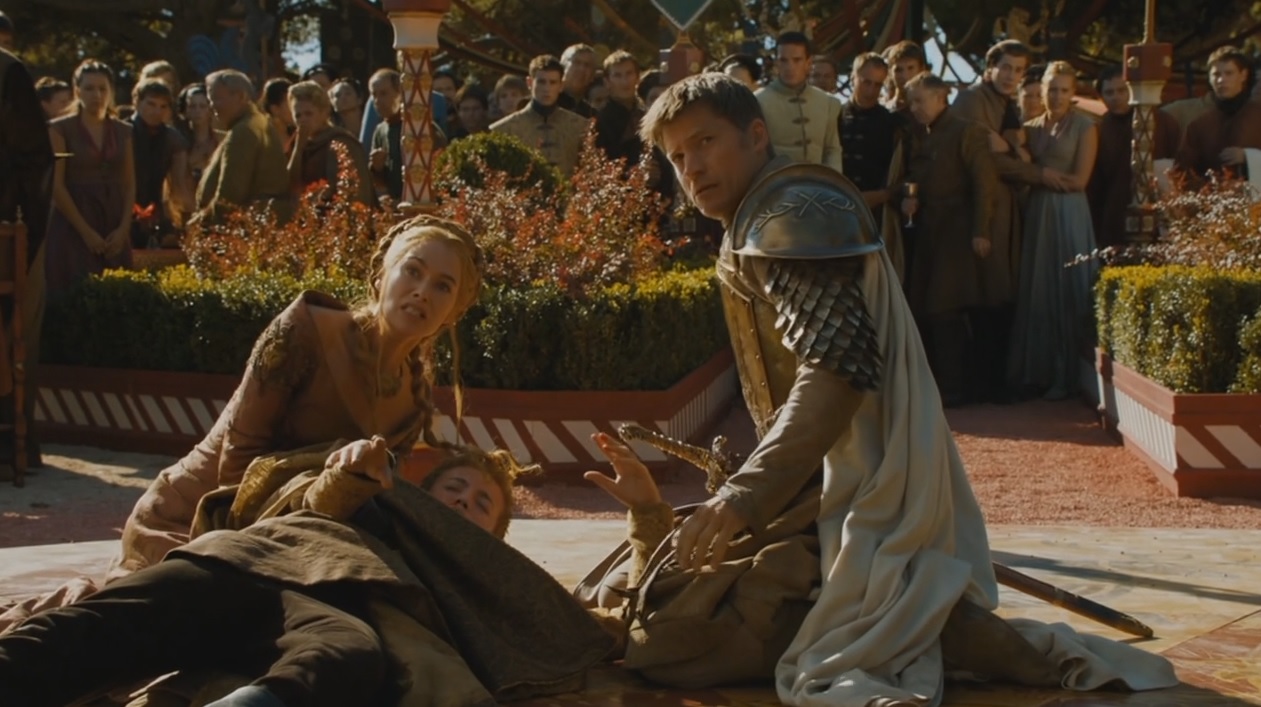 Yes, I’m disgusted over the fact that last night, Game of Thrones committed the assassination of Jaime Lannister’s character – but really, it goes beyond that. The show has added a lot of violence to a book series that is already filled with plenty of brutality…and far too often (most of the time, in fact), that additional violence is sexual, and almost always against women. Not only is using rape as a plot device overused, lazy, and in my opinion completely unnecessary, the show seems to be going out of its way to sensationalize sexual violence against women – and in this particular case, their doing so is also at the expense of one of the best characters in the series.
I for one would like to hear answers from Benioff and Weiss, the writers, and Alex Graves, regarding how and why they decided to take this route. But hey, perhaps they’ll harken back to the Dany/Drogo story line in season one and in a few episodes we’ll be expected to forget that last night’s sept scene ever happened.