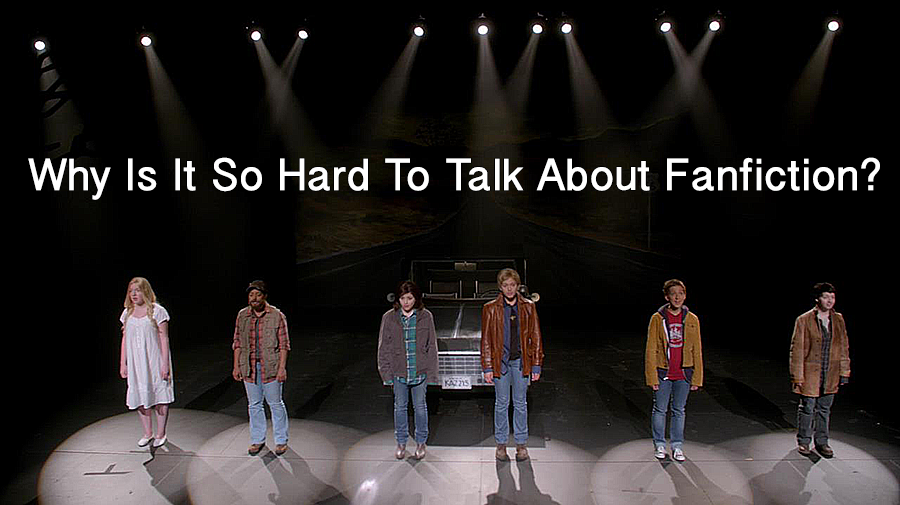 There has been yet another disastrous attempt to capitalize on fanfiction’s increasing visibility because apparently it’s hilarious to make fun of someone’s hobby. An event called “Fanfic Theater with Chris Gore” was announced as part of WonderCon’s schedule and it’s as bad as it sounds; basically the plan was for a bunch of comedians and TV personalities to do a live read of “the weirdest and wildest” fanfiction on the Internet, which is basically just public bullying under the guise of humor. The event has since been cancelled due to the understandable uproar from the fanfiction community, but it’s not the first time fanfiction has been exploited in this way. In fact, it seems to be happening more and more. We could just wait for it to happen again, or we can ask ourselves why people keep talking about fanfiction like this, and how we can change the conversation.

A few of weeks ago there was a similar controversy when a class about fanfic at the University of California, Berkeley asked students to leave a critical review on each of the fanfics they read. The actual fanfiction course in itself is not really the issue, but asking a group of outsiders to directly critique the work of a bunch of hobbyists is genuinely awful. Not only is that bad academic practice – you don’t just jump into the community you’re studying and tell them what they’re doing wrong – but it also goes against everything fanfiction is about. Which is why it was so shocking to discover that a number of people taking the class were from the fanfic community. The same contradiction can be found in the WonderCon controversy as the fangirls from defective Geeks* were involved in the event. Surely fangirls should know better?

The problems with both the fanfic course and the WonderCon event are fairly obvious. They both involve outsiders taking fanfic out of context and judging it publicly. Generally, the fanfic found online – the stuff that Chris Gore was planning on making fun of – is written by amateurs. I don’t mean that to suggest that they lack talent or knowledge, I just mean that is not for profit; it’s purely for fun. It’s made out of love. Love for the thing that inspired it. Love for the act of writing itself. Love for the fanfiction community. Although some fanfic authors write professionally as well, that doesn’t change the fact that the practice of writing fanfiction is essentially a hobby. It’s the same as joining an amateur sports league or gardening or knitting or whatever else you do in your spare time for fun. Imagine if a bunch of strangers came to your yoga class and started laughing at your attempts to master that new pose. That would be pretty cruel right? So why is it okay to do that to fanfic authors?

If the problems are so obvious, then why do our fellow fangirls keep getting involved with these acts of public bullying? I took one look at the description of “Fanfic Theater with Chris Gore” and could immediately recognize what was wrong with it, but at the same time I could understand how the girls from defective Geeks might have decided to be a part of it. Because here’s the thing about fanfiction that everyone within the community instinctually understands: some of it is hilariously absurd. Fanfic is all about asking ‘what if’ and the answer is always yes, which leads to some pretty bizarre stuff. Limitless possibility is what makes fanfiction so amazing but it’s also pretty funny sometimes. My friends and I constantly write the strangest stuff to send to each other to laugh about because it’s fun. So live reading and laughing about fanfic is something that we do within the community. It’s part of enjoying fanfic.

The thing is, there is difference between members of the community laughing together about a specific genre that falls within the vast expanse that is the umbrella term fanfiction, and a bunch of outsiders teasing something they don’t understand. While the panel might have had the intention “of being a celebration of fanfiction, not a mockery,” the fanfic community has no way of knowing that – especially when similar situations usually result in the belittling and shaming of fanfiction authors. Like when Caitlin Moran made the Sherlock actors read homoerotic fanfic in front of a live audience just to make them uncomfortable. The fanfic community is used to being mocked because it happens a lot – which makes the decision to create a panel with the sole purpose of laughing at fanfic seem deliberately spiteful.

So why would any fangirl in their right mind choose to be a part of something like “Fanfic Theater with Chris Gore”? Perhaps they don’t have any other options because fanfic was something secret for so long that fangirls don’t know how to talk about it. In fact, it seems at this point that everyone is talking about fanfic except fangirls. As a result, those outside fandom assume they have a greater understanding of fanfic than they actually do. So they might witness fic writers laughing about crackfic together and think, “that seems fun, we should do that,” and because we do it in the community, it must be okay. Then they invite a couple of fangirls to join them, saying that they want to celebrate fanfic the way we do in the community and those fangirls are just super excited that someone wants to celebrate fanfic that they ignore the HUGE underlying issue, which is context.

In the context of the creation of the WonderCon event, it was probably all about celebrating fanfic in a fun way, BUT to the wider fanfic community it looks like just another group of people getting together to publicly mock something that is hugely important to them. Considering that fangirls get so few opportunities to celebrate fanfic in a positive way, it sucks that something like this has happened because it gives us an excuse to avoid talking about it and reforges the idea that fanfic is something to laugh at.

Like it or not, fanfic has entered the general cultural zeitgeist and we have got to figure out a way to talk about it with mainstream audiences. The way we do that is by sharing our own stories and creating our own public events. The only reason someone like Chris Gore thinks it’s okay to create an event like “Fanfic Theater” is because no one has told him that it’s totally inappropriate. And trust me, this whole concept is completely unacceptable. The problem is that there is obviously a void that we’re not filling, which leaves the door open for any ignorant asshole to jump in and take control of the conversation. So we’ve got to face our fears and start publicly celebrating fanfic because otherwise we’re never going to change the way we talk about fanficion.

*Defective Geeks wrote a lovely heartfelt apology for her involvement. You can read it here. 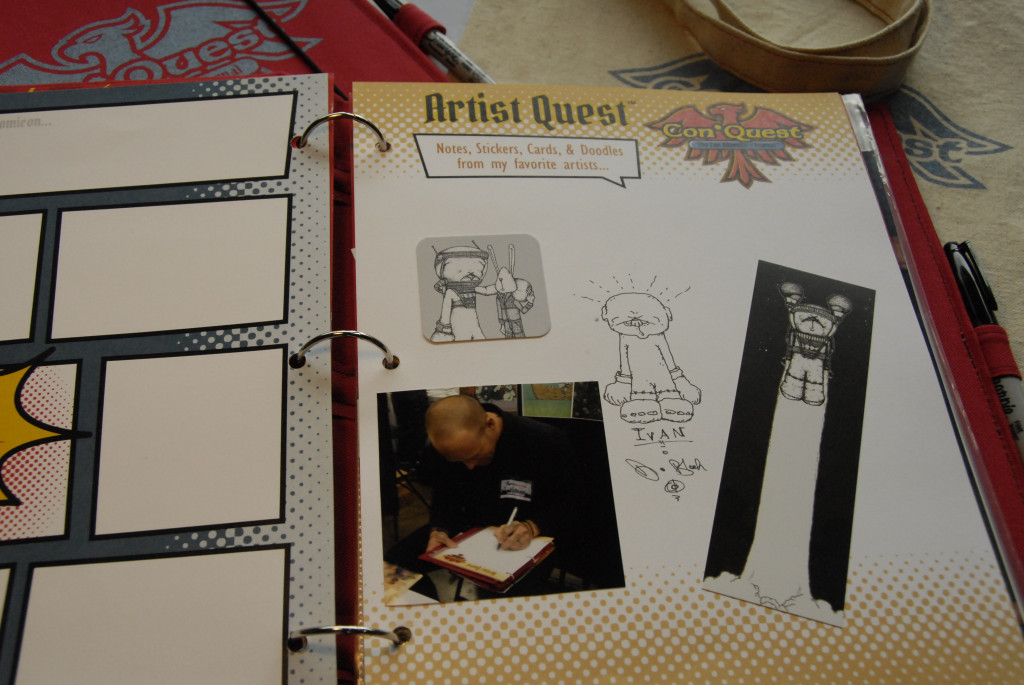 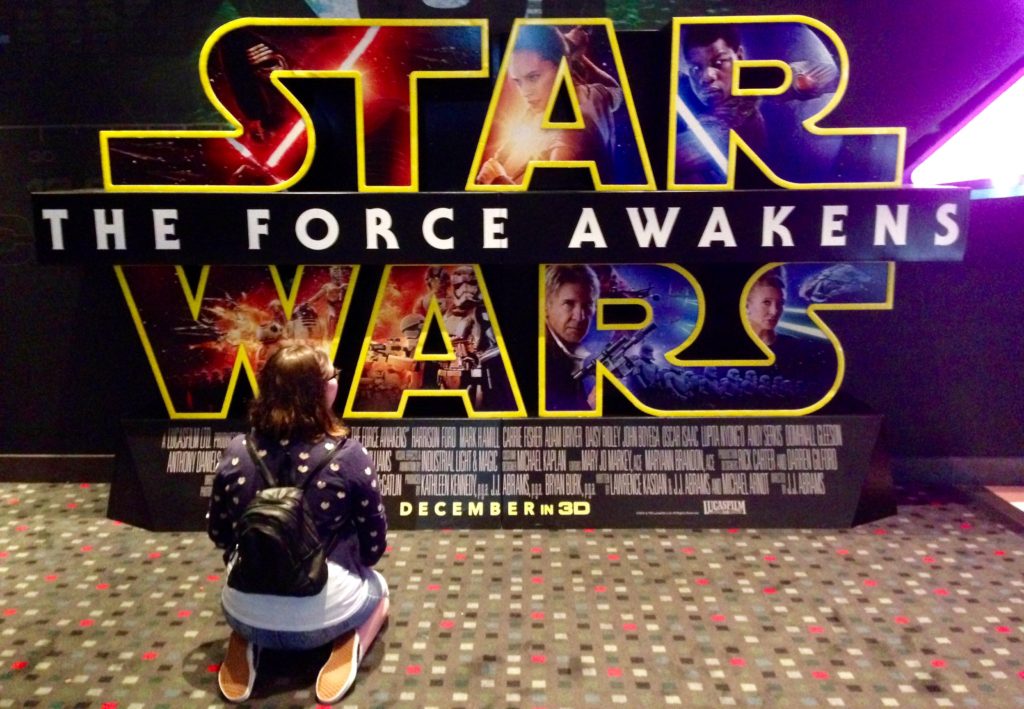 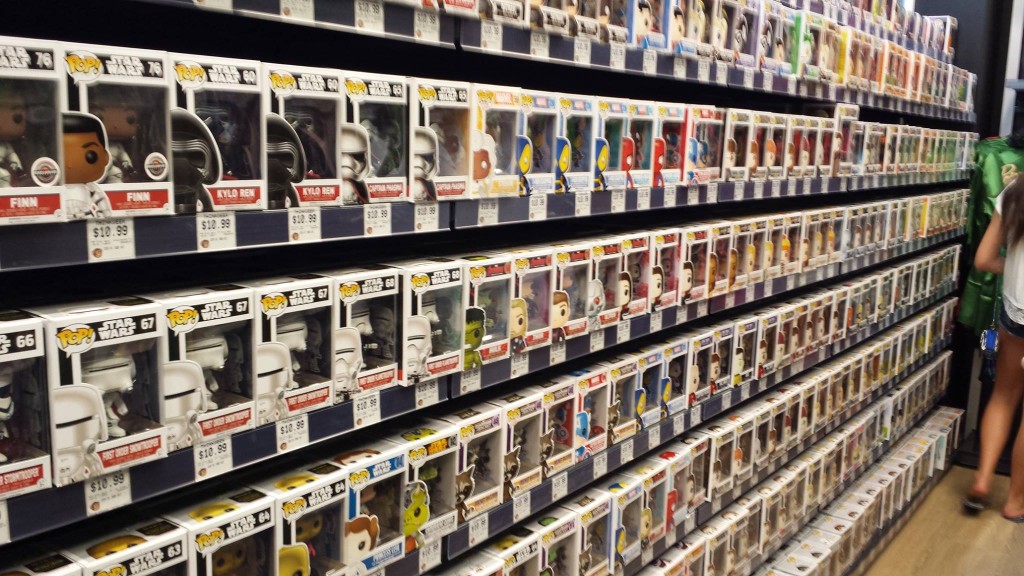