The Kao’s webcomic Magical Boy (2018), about a magical trans boy, challenges gender performativity and stereotypes, creating an empowering story for its target audience.

Reader warning: This article contains discussion of gender dysphoria as experienced in Magical Boy and by the author.

The other day, I stumbled onto this article about Scholastic picking up Magical Boy by The Kao (from Tapas) for publication as a YA graphic novel. The mention of it having a transgender character intrigued me right away. Magical Boy interweaves tropes from Japan’s Magical Girl genre but then uses those tropes to subvert gender norms and assumptions.

After coming out to his parents, Max’s mother reveals that he is the descendant of the goddess Aurora, destined to keep the god Devoid from engulfing the world in darkness again. But Max knows that he is no magical girl, even when his mother insists otherwise. With the help of his friends and his talking cat, Max sets off to save the world from Devoid and his bug-like minions while coming to terms with his gender identity.

When I talk about LGBTQ+ representation in children’s and YA media, I think about the younger generation and the next one. I consume media targeted to children and young adults through the eyes of my younger self: the child who grew up ashamed and bullied for being different. I acted “too much like a boy” at both school and home: wearing baggy shirts and pants and hoodies, not caring much about my hair, and being protective of my friends, especially girls. I didn’t shave or wear a bra during gym until my teacher noticed one day and sent me to the Principal’s Office. I hated having to wear a dress during Sundays at Church or family visits. I was also shy and sensitive, but my behavior raised the boy flag at my peers and teachers.

The signs of me being trans were obvious, but I wouldn’t know this until my 30s. I was in middle school (around 11) when I first realized that I was different, and like some trans men/transmasc individuals, I first identified myself as a lesbian.

There were very few LGBTQ+ shows and characters in media then, but even in the 90s and early 2000s, trans boys and non-binary transmasculine persons barely had representation. So it’s a big deal for me when I see more and more LGBTQ+ characters in TV, movies, books, etc. I cheered and cried for Bubbline (Adventure Time), Catradora (She-Ra), and every other canon relationship in animation. 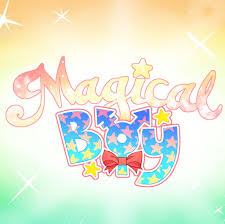 I’m excited for the flurry of Queer middle grade and YA books out and upcoming. Queer kids and teens deserve access and support to media that mirrors their experiences. For a trans boy or non-binary transmasculine kid or teen, discovering something like Magical Boy is a beautiful moment.

Max’s story is one about self-confidence and embracing yourself. I sobbed during certain parts because of how Max’s experiences reminded me of my own. For me, the hardest scene is Max’s first transformation. The magic forces him to wear feminine coded clothes (a dress), and of course he’s anguished because of that. By my late teens, I started wearing dresses and skirts because my family kept nagging me about not being feminine enough. The lack of support from Max’s mother and his insecurity contribute to him not fully embracing himself.

However, Max’s outfit changes with each transformation as his self-confidence improves. He becomes his own hero rather than an outdated idea of what being Aurora’s descendant should mean to him. Yes, the storyline and plot twists are familiar, but the target audience needs to have access to these stories. Stories like Magical Boy matter.

Unfortunately, Tapas had locked nearly all the episodes by the time I discovered Magical Boy. I was lucky to have plenty of unused free ink to read the webcomic in its entirety. Still, I’m happy and grateful that Magical Boy exists and that a wider audience will get the chance to read it as a graphic novel.

Magical Boy was written and drawn by The Kao, and edited by Brooke Huang. Colors are by Dojo. Sera Swati was the art assistant for the webcomic. The first four episodes of Magical Boy are available for free on Tapas. A YA graphic novel adaptation is to be released by Scholastic (Fall 2021).