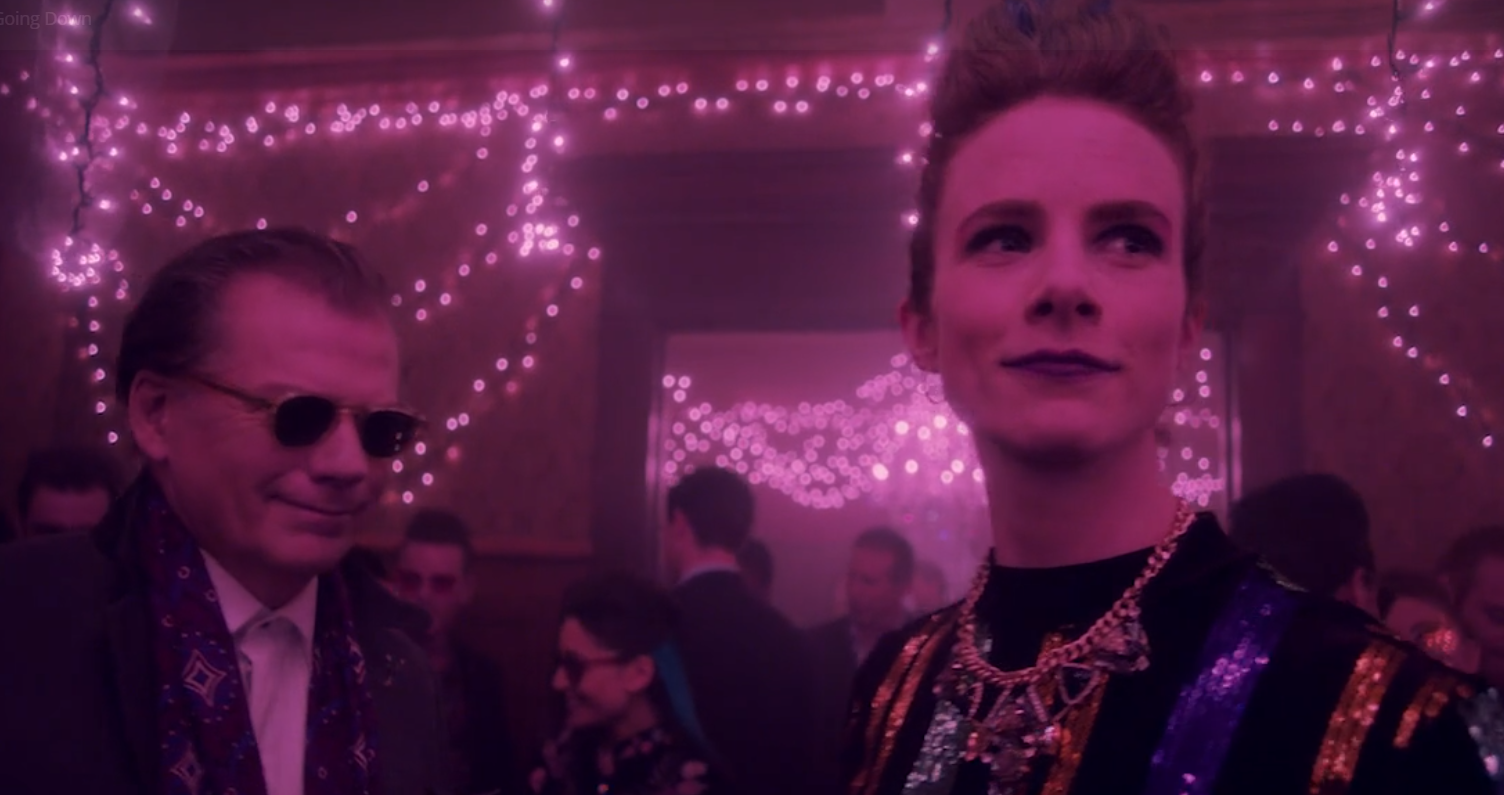 Last season ended on a low note as the Earp-cursing demon Bulshar rose again and Wynonna and Doc sent baby Alice away for protection. It wasn’t an easy choice for the parents, and that shows in the first episode of Season 3, ‘Blood Red and Going Down’.

In line with Wynonna Earp’s usual excellent writing, ‘Blood Red and Going Down’ doesn’t minimize the loss of Alice. She’s gone from the Ghost River Triangle for 19 weeks but still has a marked impact on her parents’ lives. Wynonna keeps Doc up all night training, which apparently she’s been doing a lot lately, because he only talks to her when they’re fighting or training. Doc is drinking heavily again, and even Jeremy notices he looks “less dapper than usual”. (Jeremy even points out that men can have postpartum depression too, which should get more press.)

It would be great if the gang had time to deal with their misery in a healthy manner (OK, that was never gonna happen but still) because ‘Blood Red and Going Down’ has vampires. Awesome vampires. They’re beautiful and languid and intensely violent, but also prefer very cool mind powers over physically forcing people to do their bidding. These are vampires in the classical sense with a stylish Wynonna Earp twist.

Literally- a party. All the townsfolk are blissfully partying and talking about who gets given to Bashar and who winds up on the menu. I gotta say, vampire mind whammy is way up there on my list of favorite horror tropes. Extra points when WayHaught almost breaks free because of their love and concern for each other. Extra extra points for always remembering to value WayHaught’s relationship without falling prey to lazy LGBTQ+ tropes. This is also a good example where ethical storytelling is also just plain good for the story. Vamps are that much scarier when you could cheerfully contemplate your true love’s death.

Of course Wynonna (with an assist from Dolls) frees herself from the actual coffin where she’s been locked and saves the day in a giant, messy, gloriously shot brawl. Doc also finds his way free with the help of- an old friend? A one-time love interest? Either way, Countessa is someone he knew from his first life. It’s going to be interesting to see how that affects the complicated, not-quite-love triangle he and Dolls have going on with Wy.

‘Blood Red and Going Down’ leaves me with a lot of thoughts:

Did you watch ‘Blood Red and Going Down’? What did you think? Share your thoughts with us here or on Twitter!

Previous:Voltron Season 7 Is a Game Changer
Next: Uncanny X-Men Returns This November with Disassembled! But Where Is Wiccan?