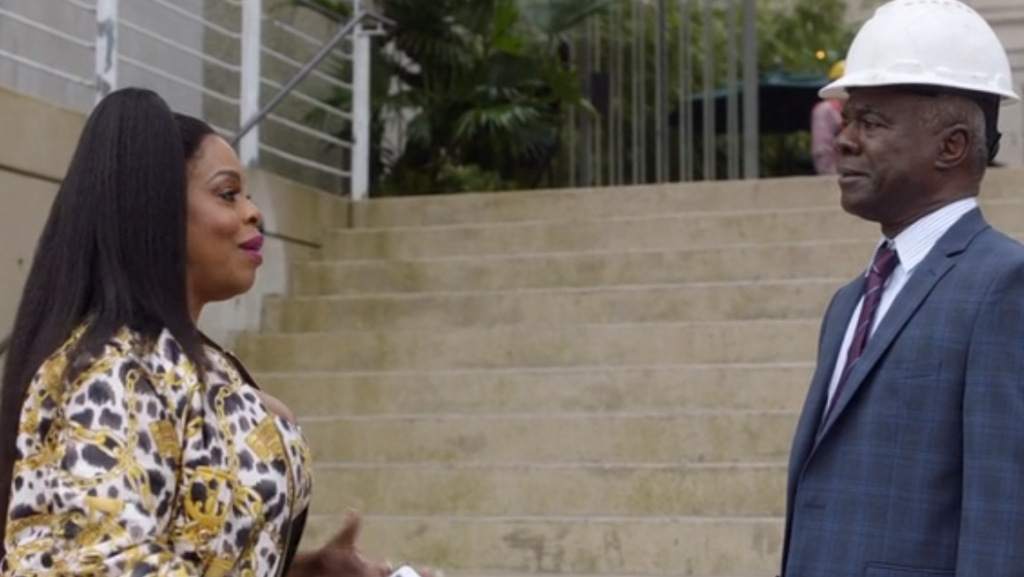 Desna and Calvin in “Zaddy Was a Rolling Stone” (Image: Screengrab)

“Zaddy Was a Rolling Stone” featured a lot of scenes where children and parents mended their troubled relationships. Also, Desna needs to think of something to bring down Mac and Melba.

I was provided a free screener of “Zaddy Was a Rolling Stone” for review. The opinions are my own.

I was not expecting Desna and Dean’s father (Calvin) to be part of the story. I liked how the interactions between him and his (now adult) kids made sense. There is a lot of emotional baggage to be addressed because of Clavin’s addiction and how he left his children when they were very young.

I don’t think Clavin is going to appreciate the money laundering and other dangerous stuff Desna is involved in, but I wouldn’t mind him offering some kind of emotional support to his daughter.

Dean also needs a father figure in his life. Even though Mac is trying to get close to him, I don’t trust Mac’s intentions. Hopefully, Calvin can continue to reach out to Dean and they can bond over their mutual love of architecture.

As for Dean and Virginia, the issues in their relationship seem forced. You know the writers are going to make her interact more with Jenn’s ex-boyfriend. Fingers crossed Virginia (or Jenn) is able to prevent things from getting too messy.

And speaking of messy relationships, is Polly not going to tell her friends Joe’s responsible for killing Penelope and Yolanda? Or did she share the information and I didn’t notice? When you know someone is a murderer, you need to tell your friends about that person!

I didn’t enjoy “Zaddy Was a Rolling Stone” as much as I wanted to. I mean, is it me or does it seem like the writers are dragging the Mac and Melba storyline?

Here’s to hoping things pick up pace in upcoming episodes now that Desna knows the Lovestones are trying to break her and Dean apart.

What did you think of ‘Zaddy Was a Rolling Stone’? Are you a fan of Claws? Let us know.