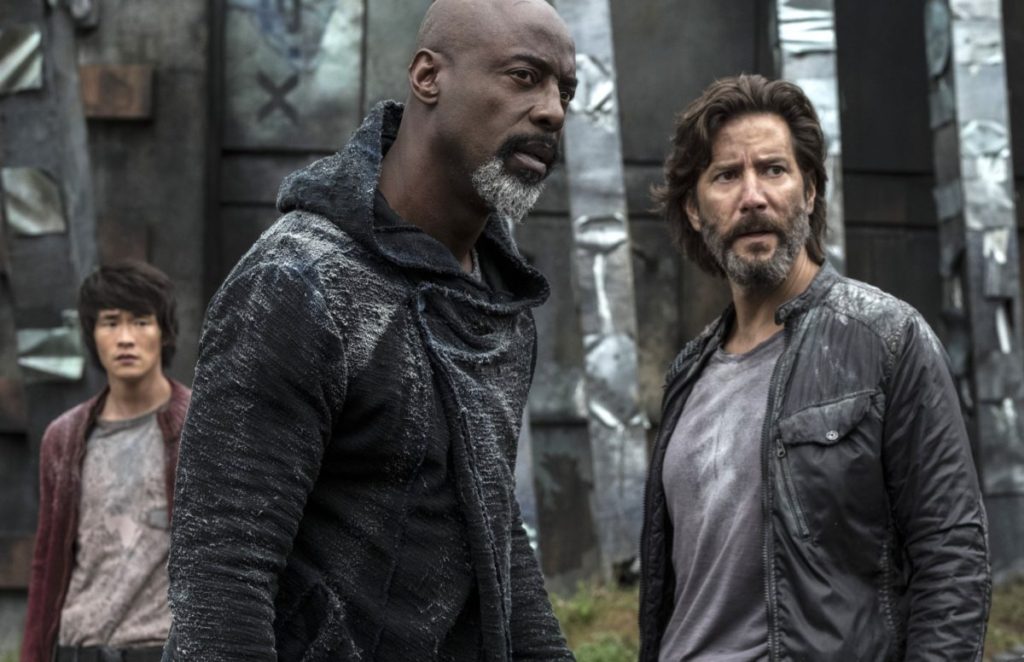 I usually find The 100‘s episode titles to be pretty apt, but with a title like “We Will Rise”, I expected something a little more. And it is now apparently Jaha’s job to say the name of the episode. All it was missing was the Cinema Sins narrator going, “Roll credits.”

“We Will Rise” was one of those episodes where there was so much going on that it felt like there was nothing going on. In one episode, we had mob rule take over Arkadia leading to Miller’s dad tasing Kane, a mutiny among Roan’s soldiers leading him to kill his own people, and Raven battling her demons while trying to figure out how to save everyone’s lives. It was a lot. But like all episodes of The 100, there was a lot of good stuff about human nature and the indomitable spirit of blah blah blah… On second thought, maybe “We Will Rise” was more appropriate than I thought.

There wasn’t a lot of action in “We Will Rise”, but there was still a lot going on. One thing that The 100 does very well is explore how people would behave in the worst of situations. In Arkadia, pretty much every person tries to beat Ilian to death for blowing up the ship. It’s a great demonstration of mob rule and what must be done to prevent people from descending into darkness. Kane tries to reason with everyone, but in the end it’s Jaha’s deception that will end up saving people, because sometimes that’s necessary when people are being irrational. Meanwhile, Bellamy and Roan have a great conversation about how when worse comes to worst, everyone will save their own people (except Clarke). However, when it comes down to it, Roan makes the decision to help Bellamy save Clarke and the hydrazine, going against his own people. There was plenty of excellent character development in this episode, so while it felt like a bit of a letdown after everything that’s happened in the past few weeks, I can’t really say I didn’t enjoy it.

I appreciated all of the callbacks to our dearly departed. Not only did we get to see Octavia finally allowing herself to grieve over Lincoln – albeit briefly – we had Clarke and Niylah have a conversation about Lexa and Monty bring up Wells to Jaha. I can’t even remember the last time someone mentioned Wells. I also enjoyed the little glimpse we got 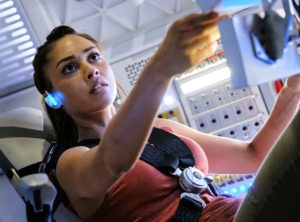 into what’s going on in Murphy’s head, because I feel like we don’t spend enough time there. Murphy and Raven are probably the most complex characters on the show, so it was great to see them working together in “We Will Rise”; it was also great that they brought up the fact that Murphy shot Raven, because with everything else these people have going on, I think that’s something that wasn’t properly dealt with.

I am starting to get tired of the “we can totally do this thing as long as nothing else goes wrong oh no something went wrong” that seems to happen every damn week on this show. I know that’s kind of like The 100‘s thing, but after a while it just gets old. This week, we have Bellamy, Clarke, and Roan delivering what’s left of the hydrazine to Raven, who after many failed simulations at piloting the ship, finally manages to realize that she can successfully complete the mission by using every last drop of fuel. So naturally our intrepid trio was attacked on their way and a stray arrow lodged itself in one of the barrels, meaning they have less fuel than they thought. And Raven, arguably the only person who can do any of the plans they come up with, is visibly getting worse. So now we don’t have the ship, and we may not have the nightblood.

What did you all think of “We Will Rise”? Now that we know The 100 will be back for season 5, what do you guys think the ultimate solution will be?

TOPICS the 100we will rise