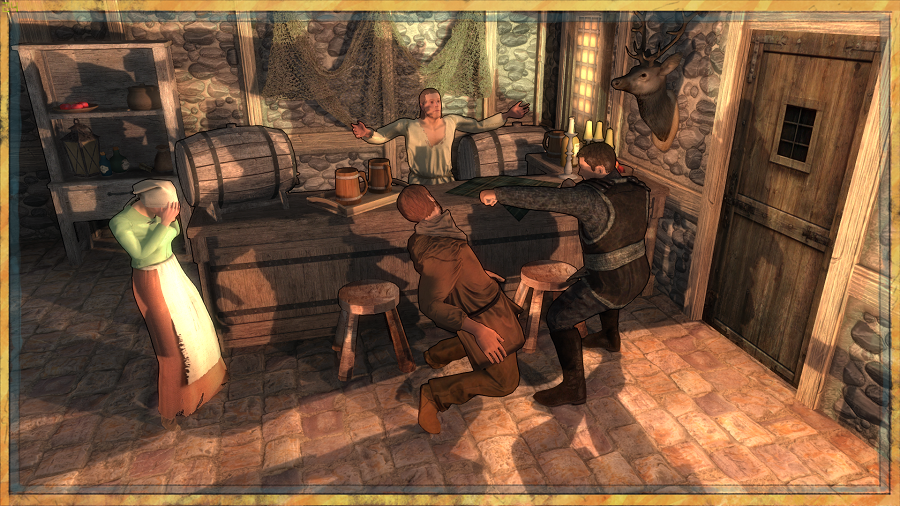 Kraken Unleashed Studio and publisher Klabater have announced that Crossroads Inn, a fantasy tavern management sim with RPG elements, previously funded on Kickstarter, is set to release on October 23, 2019, on PC/Linux/Mac via Steam and GOG store.

Crossroads Inn will debut in 2 “diversified” editions. The Collector’s Edition will cost you $24.99 USD and it includes:

The Standard Edition will cost you $19.99 USD and it will include:

The upcoming indie title will be released in English, Polish and German language versions.

Crossroads Inn is a real-time management sim with role-playing games elements. The game consists of two unique modes offering totally different experiences. In Sandbox mode, gamers will focus solely on managing their business and economy – to build their very own tavern, hire and oversee staff, manage the supply chains and create new dish recipes. In Campaign mode, micromanagement is just a prelude to a rich story as the kingdom is in turmoil and a shift of power is expected. Your Inn will soon attract the attention of important political and military figures, who are desperately trying to hold on to the reins of power. Gamers will become part of a large-scale drama full of political intrigues, vivid characters, treacherous NPC’s and dangerous quests inspired by RPG games – You will even have a damsel in distress to save!

You can visit the official Facebook or Steam page for more information about the game.

Playing a tavern owner who’s caught in the middle of a lot of political drama does sound interesting. Feel free to share your thoughts about this game with us.