Jessica Harmon is a celebrated actress, best recognized for her roles of Dale Bozzio on iZombie and Niylah on The 100. Perched on the edge of a chair against the purple and yellow Dragon Con backdrop in cherry red and denim, Harmon was a delight.

So very different from both her characters on the CW shows and almost unrecognizable in her civilian clothing, Jess apologized for arriving late to the convention; she had been filming for the fifth and final season of iZombie late into the late and early morning. We chatted over the electric and overwhelming energy of the convention before settling down to discuss her current and upcoming projects.

Jessica has been open about her battle with acne and self esteem in the past, something she talked about during one of the panels at Dragon Con. As someone who struggles with the same thing, I found her warm, engaging, and genuine. But business is business and I had a few questions I was itching to ask.

First we tackled the Season 4 iZombie finale shocker of Liv giving the brain to Dale and Clive.

Bekah: Does Dale realize what Liv has done for her?

Harmon: Oh yeah, we didn’t cut close to that last season. But Rose was crying and I was crying and Malcolm was crying. It was the biggest, the only real issue between Bozzio and Clive last year. Her inability to have children, so she had to sacrifice her relationship with him, but now she’s better so she could theoretically have a child.

J: It will be explored. There will be a discussion in season five.

B: Do you think with five seasons, that’s enough time to neatly wrap this story up?

J: I think so. I mean, it’s such a wonderful show to work on and everything’s going so well. It’s always hard to see a show that is run so well go away. Not only just for security of your job but you become a family. That’s as an employee of the show. Personally, as a viewer of the show, [it’s] hard for shows to go past seven seasons without falling apart.

J: Yeah you get to that point where you’re like, “What are you guys doing?” There are some [shows]–well, Supernatural. Case in point. It’s still a fan favorite, people love it, it can continue on. CSI and things like that, the kind of formulaic stuff, it can keep going because it’s kind of a different thing every episode. So iZombie had its potential because we did have our formulaic thing, more so at the beginning than we [do] now. [It] was driven by each case every episode. So you could just kind of keep going with that, but, for me, when I see a show–as much as I love the shows I watch, I love the way British TV does it. Like one season of Happy Valley and it was phenomenal. The Fall was a great show, 3 seasons and they’re done. There’s no reason to keep pushing things. I think everyone would always love to keep working I don’t mind that they wrapped it up with 5 seasons because [we] had a nice run. That’s a good amount of time. It’s not like it ended with 1 season and we had so many more options, but 5 seasons, that’s a lot of seasons. It did really well, we should be really proud.

Gutsy, I felt compelled to ask her how she felt about the backlash against executive producer Jason Rothenberg after Lexa was killed suddenly. Harmon admits that she didn’t understand the uproar and the hurt at first and was annoyed and confused at the attack against Rothenberg. However, eventually she came to understand the grief of the LGBT community over the loss of such a strong, unapologetically queer character. Lexa’s death is something close to my heart and something I’ll probably never get over. Jess’ character, Niylah, is a gay woman working her way through the tatters of the apocalyptic world. I asked for her opinion on the Bury Your Gays trope and got a chance to discuss Niylah’s character and her importance to both Clarke and Octavia as a friend, ally, and confidante.

Bekah: Let’s talk about The 100, which is a show I have a love-hate relationship with. I watch it, then break up with it, then I watch it again. I appreciate [Niylah]’s character so much. She came out of left field when when Clarke needed somebody. Everyone was like, ‘Oh no, there’s a love interest for Clarke’ but I think they have this mutual respect but they’re also friends. It’s a Friends with Benefits situation but you see her care and listen to Clarke. When [Lexa] died, I was heartbroken. […] How do you feel playing this LGBT character? Do you feel that you’re giving a voice to other LGBT character that have been silenced, that have been fridged, in some pretty crappy situations. “Bury your gays,” that’s what they say. How do you feel about one, that trope, and two, Niylah’s growth throughout the season. She’s kind of a hardass in season 5.

J: And she keeps going. Season 6 is going to be great for Niylah, I love her. They said practically before we started filming about expanding the character and giving her her own backstory and explaining why Niylah is the way she is, which is very kind of them.  I’m up for the task, so it’s been great so far. I didn’t realize, to be completely honest, before I first started and before we first started going to the cons… I was like, “Yeah, she’s gay, that’s cool”, and I didn’t realize–and then the Lexa thing confused me when people were so angry about it. To be frank, I just really didn’t get it. Now I do, people have explained it and I’ve learned, so I understand the pain that caused. For us as film makers, it was a difficult, trying period as employees of the show because Jason and the entire cast loved [Lexa]. It was probably the favorite character. So to see the backlash especially towards Jason on what happened there I felt was way too harsh and unnecessary. I understand the pain people were dealing with on that one scenario but it was difficult. I was like, “This is fucking bullshit!”, because people take it out on him. It really was his favorite character. He adored, he loved [Alycia], but she had to move onto another show. It happens. People forget that it’s a job and we’re making movies at the end of the day. So I kind of took that stance at first, and then the more I heard from the [LGBT] community and started understanding the pain that has caused, I started realizing there haven’t really ever been that many strong characters that are LGBT and we are missing that in what we’re doing, and we all do need to do our part to make sure there’s representation included in every show. One thing I really, really love, probably the most about The 100 is I do think personally that it’s very inclusive of that. And I think they try and I love that it’s not ‘this person’s gay and this person’s bi’. It’s never spoken about because it just is. You love you who love and you have sex with who you have sex with. And the way Niylah and Clarke are, their love is like a friendly love. There’s not this romantic in love relationship that Clarke and Lexa had that was so special. It’s a different type. There’s no jealousy, there’s no ‘it’s just you and me’, there’s none of that. Which I really appreciate and respect as a human who’s had a variety of relationships and love stories in my life. Sometimes that is what it is. Sometimes you’re not in love with someone, sometimes you just care deeply for them and want the best. I like that we explore a variety of options on the show. It’s not like ‘Well, what are you? Define it!’ In the real world, we shouldn’t have to define anything or what it is, and unfortunately we do live in a world where we seem to have to do that. It was nice to be in The 100 realm (other than the brutality of the killing). I love that in our future [no one’s] condemned for who they love. It’s not thought of, so it’s not spoken about. It would be nice to live in that sort of dystopian society. So I really love what they did with Niylah and what they continue to do with her. She’s this sort of light-centered, grounded character who will always opt for peace before war, and love before hate, and doesn’t see color or sexuality. She just sees love.

B: Another thing about Niylah is that she’s on the “one true love” path. She’s very lovable, she’s very sweet.

J: We needed that.

B: We do. Sweet moments always become sweeter when they’re surrounded by brutality.

J: I think there’s always room for that, to take time for kindness in our world and she brings that element to the show.

Jess spoke earnestly about both characters, something I admire. She didn’t coyly hold anything back as we jumped down the rabbit hole.

At the end of the interview, we snapped a few photos and she headed to a photo op. 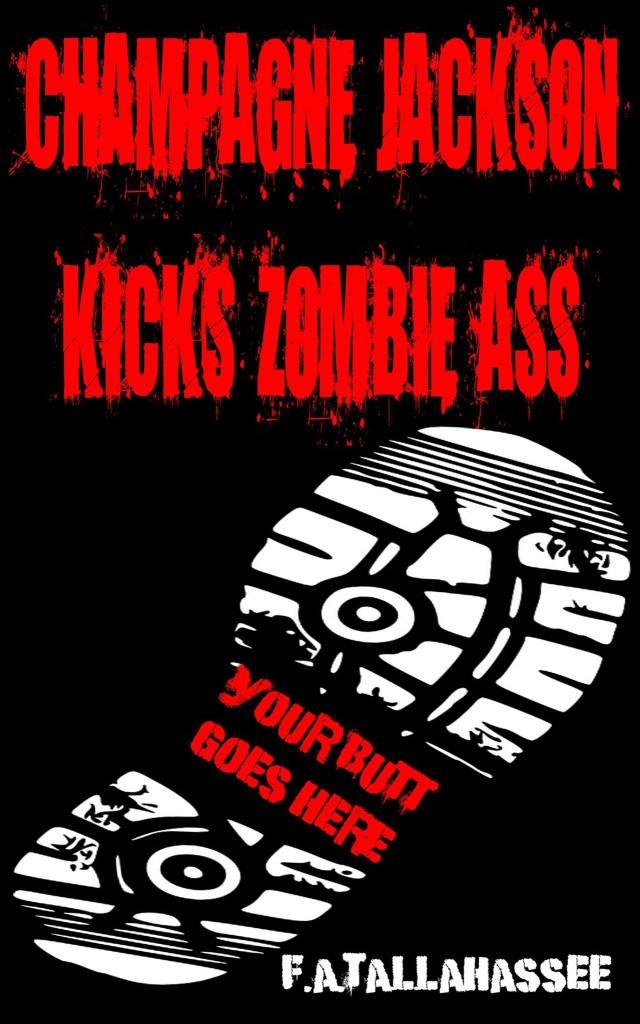 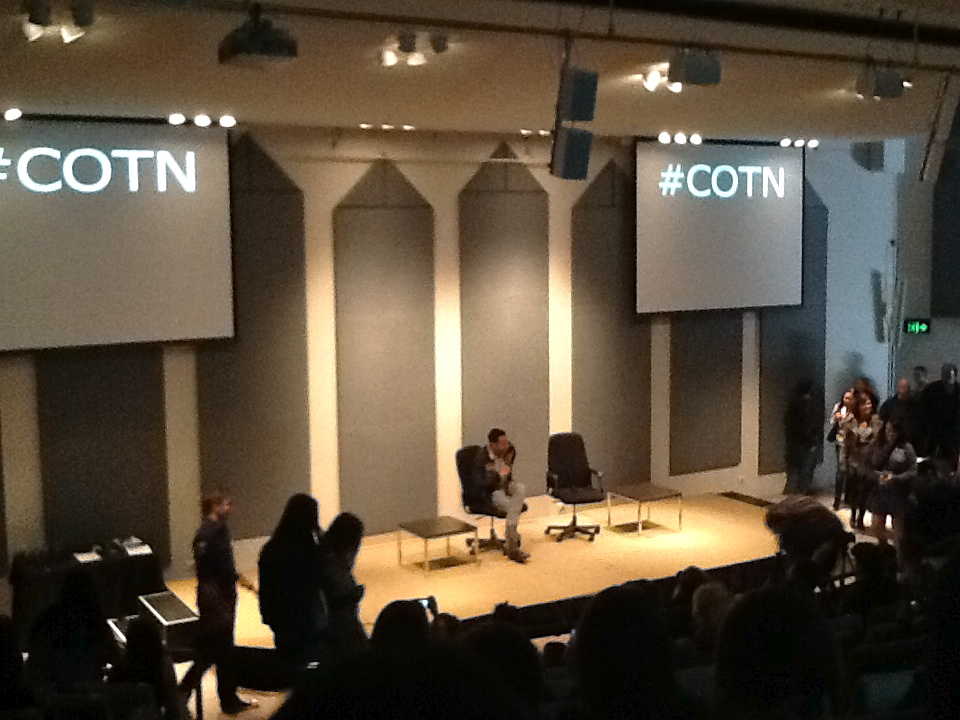 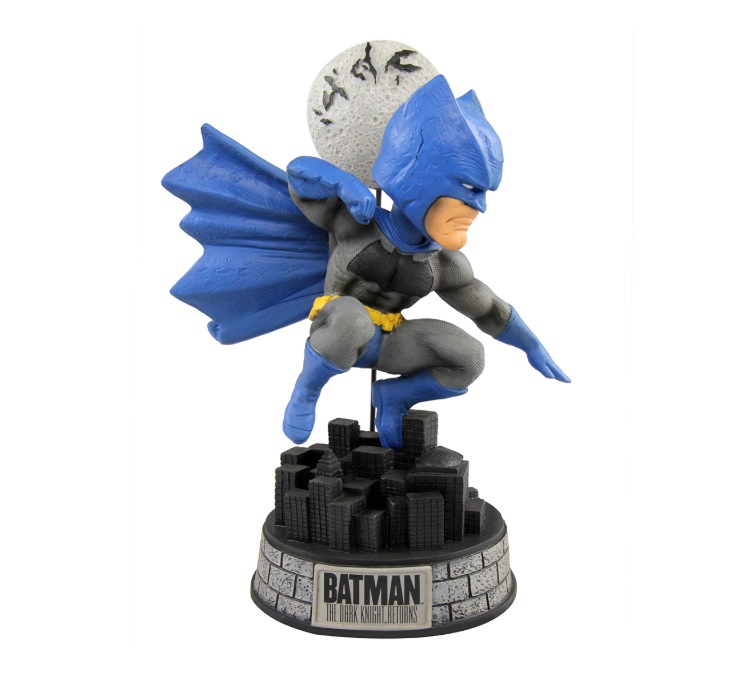