Game of Thrones 7×7 Review: The Dragon and the Wolf 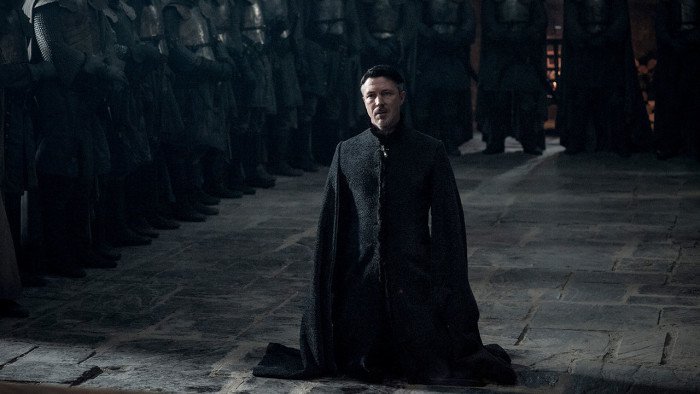 ‘The Dragon and the Wolf’ reversed all the things I was enjoying and not enjoying about the entire season.

First and foremost, I’m thrilled that the Stark sisters came out on top of this whole Littlefinger situation in ‘The Dragon and the Wolf.’  His death was the most satisfying death since Joffrey (yes, it was even more satisfying than Ramsay!).  The drama between the sisters felt forced and rather misguided throughout the entire season, so the moment Sansa turned it back around on Littlefinger I knew that all my annoyance had been for a good reason.  We had to believe that they were duped.  We needed to be annoyed by them for that scene to have an impact.  Like Littlefinger, we were all thrown completely off guard.

I’ve always loved both Stark sisters, but the past few seasons have turned me into a full blown Sansa stan.  For the first couple of seasons Arya was my favorite, but somewhere in the Bolton arc Sansa shot up the charts.  She states herself that she’s a “slow learner,” but she’s definitely not stupid.  She plays the game to the best of her ability using her own skills to have an advantage.  It’s great seeing her and Arya using their own unique skillsets to balance each other out.  They are Starks, after all.  ‘When the snows fall and the white winds blow, the lone wolf dies but the pack survives.’  The Starks are stronger together. 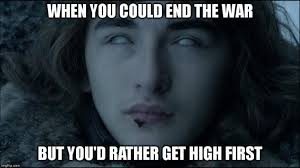 Even Bran, the awkward Stark of the bunch, was actually helpful.  It’s become a meme at this point that Bran knows everything, but does nothing.  This week he actually did something.  He used his power to prove that Littlefinger had been betraying the Stark family from the very beginning.  Finally.  Additionally, Samwell wins the award for the best response to Bran’s Raven reveal.  “Ok… I don’t know what that means.”  It was delivered perfectly.  Bless Samwell.  Bless him.

Speaking of memes and Samwell, after ‘The Dragon and the Wolf’ aired viewers were quick to point out that Sam’s little information drop about Rhaegar’s annulment was actually revealed several episodes prior by Gilly.  Jokes about a man claiming credit for a woman’s work have spread like wildfire.  Of course, we don’t know if that’s actually what happened here because we don’t know every conversation that’s happened between Sam and Gilly, but when he abruptly changed the topic a few episodes back right when she was about to reveal this vital bit of information was an absolutely frustrating experience.

And on that note we get to the part of ‘The Dragon and the Wolf’ that bothered me a lot.  This entire season I’ve been singing the praises of fire and ice finally meeting.  I thought the interactions between Daenerys and Jon have been wonderful.  All my favorite parts of the story have come together and things are moving forward.  But the thing I was hoping wouldn’t happen has happened. Our protagonists have engaged in incest and somehow people are excited about this.  I’m baffled. 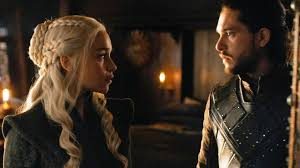 So far in this series the only characters to engage in incest have been either the antagonists (the Lannisters, for example) or in the past (much of the Targaryen lineage).  We do not have positive incestuous relationships on screen, nor should we.  However, that’s exactly what we have now.  And it’s heavily implied that Daenerys will get pregnant from this encounter, which is going to be even worse.

To top this entire horrible incest incident off, we have the entire thing set to Bran talking over the scene basically dropping exposition for everyone who missed the more subtle moments the past few seasons. They really aren’t brushing this off and hoping people won’t connect the dots here like I thought they might.  Fans have speculated that Jon’s parents were Rhaegar and Lyanna for years and last season it was all but confirmed with the Tower of Joy scene.  To my surprise, many fans didn’t make the connection.  On Twitter last week I got accused of posting spoilers about Jon’s lineage, which confused the hell out of me.  How is it a spoiler if they revealed it last season?  But some people didn’t pick up on that, I guess, so they decided to be super heavy-handed with the dialogue.  Daenerys and Jon are related.  And they slept together.  And you were told that as it was happening so you can’t escape that undeniable fact now.  Your ship is incest.  Get used to it.

I can’t say I’m comfortable with the normalization of incest.  We have been well aware that this existed as a practice in this universe for a while, but the context is different when it’s our protagonists.  Writers have a responsibility not to normalize these things.  I often look the other way when these things are presented in fanfiction as I feel there’s less of a responsibility in that medium, but on something that’s produced by a major TV production company?  That’s staggering.  I’m not quite sure what they were thinking. 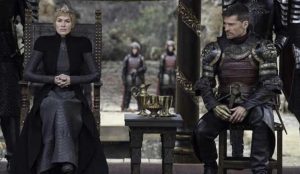 Stepping away from the major ick factor with ‘The Dragon and the Wolf,’ the rest of the episode was somewhat lackluster.  The scenes in the dragon pit seemed to drag on, which was unfortunate because there were so many amazing characters in those scenes.  The most exciting scene in that whole sequence of events was the interaction between Cersei and Tyrion.  Those two actors in particular have an amazing chemistry so I’m thrilled to see them on screen together again.

The conclusion, while it did make me gasp, didn’t hold up as well as other dramatic season conclusions in retrospect.  Last week I wondered if the Wight version of a dragon would breathe ice or fire, and it looks like I got that answer.  The wall collapsing was certainly visually shocking and the fact that the army of the dead are now actually within the Seven Kingdoms is a big deal, but on second viewing I just wasn’t as impressed.  I can’t really put my finger on why.   The season 6 final scene stood up to numerous repeat viewings without losing any of its excitement.  Why not this one?

The only other exciting moment in ‘The Dragon and the Wolf’ was the thought that we could have more Yara next season.  I was horribly upset that she might be gone for good, but Theon got some guts finally and will lead the charge to save her.  Yes, it’s a distraction from the main plot which I usually don’t like.  Yes, she’s badass and shouldn’t be reduced to a damsel in distress.  These are all valid points.  However, I have a massive crush on Yara and just want to see more of her, okay?  I guess this is sort of like how people can brush off the incest because they ship Daenerys and Jon so hard.  I just want Yara on my screen, okay?  More please.

It’s interesting that my favorite season since the premiere season has a finale that’s made me complain so much, but there you have it.  ‘The Dragon and the Wolf,’ while not perfect, still concluded a pretty stellar season that gives me hope that we might get a satisfying finale for the show overall.  It’ll take me some time to shake off the icky incest issues, and it bothers me that I have to get used to it in the first place, but once again, here we are…  I suppose desensitizing me to shocking things is sort of in the Game of Thrones wheelhouse in the first place.