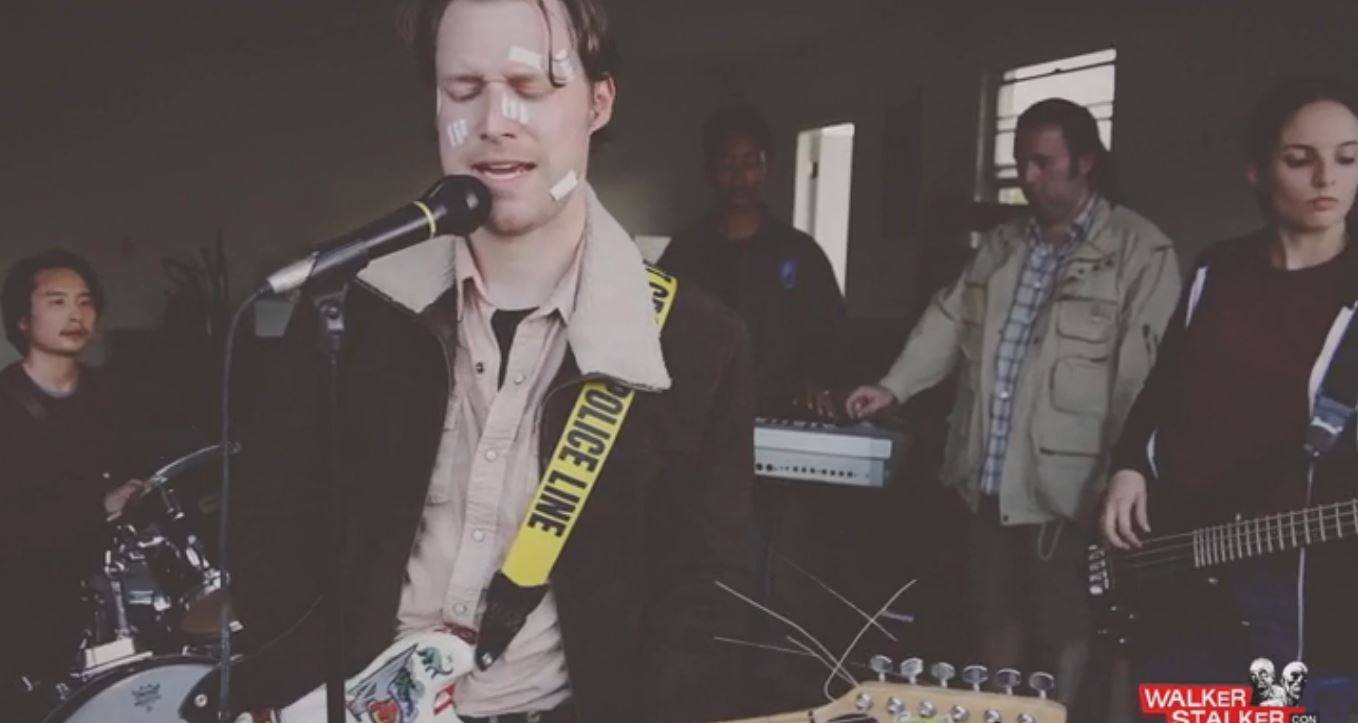 I met Hacksaw Jack back at the very first Walker Stalker Con (Atlanta 2013), and since then he has become a WSC staple.

Recently he was part of WSC’s newest parody video, a Walking Dead-themed version of Maroon 5’s “Sugar”. It’s a lot of fun (and very amusing) – I highly suggest giving it a watch!

Hacksaw was kind enough to answer a few questions about his work with Walker Stalker Con, how they started putting together parody videos, and more! Here’s the interview: 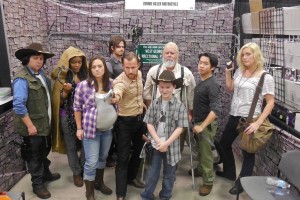 Tara: How did you get involved with Walker Stalker Con?
Hacksaw Jack: I contacted them back in 2013 about bringing my cosplay crew to their first event in Atlanta.  They enjoyed having us and we attended the second event in Chicago.  Then I was invited as a Featured Cosplayer at the third event in Boston.  After that, I became more and more involved and ultimately was brought on as a staff member.

T: What is your current job/position?
HJ: I call myself the mascot but my business card says “Cosplay Coordinator”.  I work with featured cosplayers at our events, host the costume contests and work on creating original parodies that feature cosplayers. In addition to the cosplay activities, I have also moderated celeb panels and I write episode reviews [of] TWD on TheWalkerStalkers.com 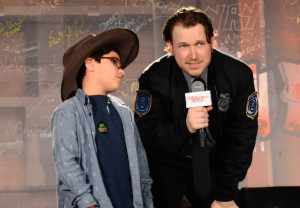 T: Do you have any suggestions on how others can get involved with Walker Stalker Con? (volunteering etc.)
HJ: WSC is always looking for quality volunteers.  Our volunteers are a key part to making the event fun for everyone. Individuals who are interested in volunteering can visit walkerstalkercon.com, choose the city event they are interested in and click on the volunteer tab to fill out the application.

T: WSC has put out a few parody videos – how/why did you decide to start making them?
HJ: Our original video (“Talk Dead To Me“) was from the minds of James and Eric who are the original Walker Stalkers.  They brought in a group of cosplayers to participate and it was a lot of fun. From there, I took the initiative to coordinate cosplayers for other parody ideas and I wrote our next song (“Kill Em Off“) and we filmed it during WSC San Francisco. Now we’ve just released our latest video (“Sugar”) which was filmed at WSC Orlando.   And we might be working on another concept that MIGHT happen at WSC Boston this weekend.  Stay tuned. 🙂 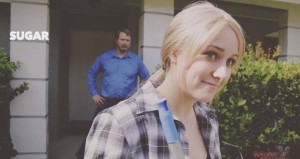 T: Can you give us a bit of insight into what goes into making these videos? (the more detailed the better!)
HJ: With our first two videos, we wrote and recorded original songs.  This requires a lot of effort as we have to write all of the lyrics, determine who will be the vocals and then take the time to record in a studio and mix the final track.  All of this has be done before filming starts.  Then we’ll send the track out to our cosplay cast so that they can practice the lip syncs. Then we all get together for filming!  There is a basic shot list in mind so that we are able to tell the story adequately, but many ideas are thought up on the spot.  Some of our funniest clips and segments have been the result of an idea we came up with in the moment!

T: They’re constantly announcing new cities in the WSC lineup…what new places do YOU hope they’ll go?
HJ: WSC goes to so many amazing cities already but I’m VERY excited about going to London in February 2016.  I would love to see more Europe locations so we can meet the fanbases abroad.  I’d love to visit Germany or Italy.   As for stateside, wouldn’t Vegas be awesome?  🙂
T: Yes please, I would attend WSC Vegas in a heartbeat!

T: What has been your favorite WSC memory, and why?
HJ: This is an impossible question.  Every show has been different and each city has had it’s own vibe.  But I think the greatest memory has to go back to that first Atlanta event back in 2013.  Something like that had never been done before and as a super fan, I was in awe that nearly all of the cast was assembled in one location for the fans to meet.  I hope all first time attendees to WSC have that same awestruck feeling I had back in the beginning.   I’ve had a great time so far and I look forward to making more great memories in the future!

Sounds like there may be some interesting things happening at this weekend’s Walker Stalker Con Boston (August 22nd & 23rd)…are any of our readers planning on going? If so, we’d love you to Tweet @thegeekiary and keep us apprised of the situation!

And if you’re like me and can’t make it to Boston (far too much Dragon Con prep to be done), don’t forget that there are several more WSC’s on the horizon – Philadelphia September 26th-27th, Atlanta October 30th-November 1st, and New York/New Jersey December 4th-6th. Visit the official website for more details.

P.S. Hacksaw, if you ever need an Andrea and/or a singer for a parody video, hit me up! 🙂 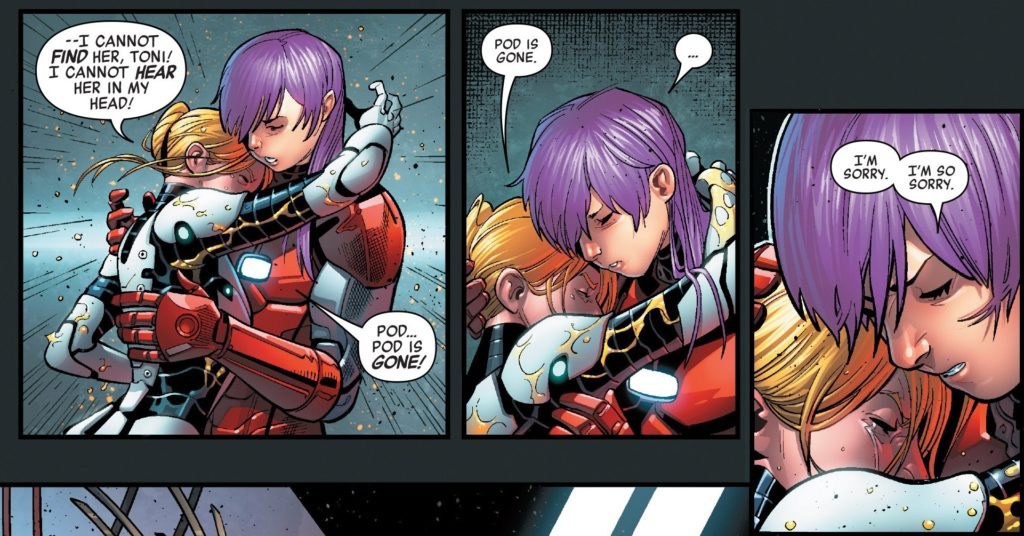 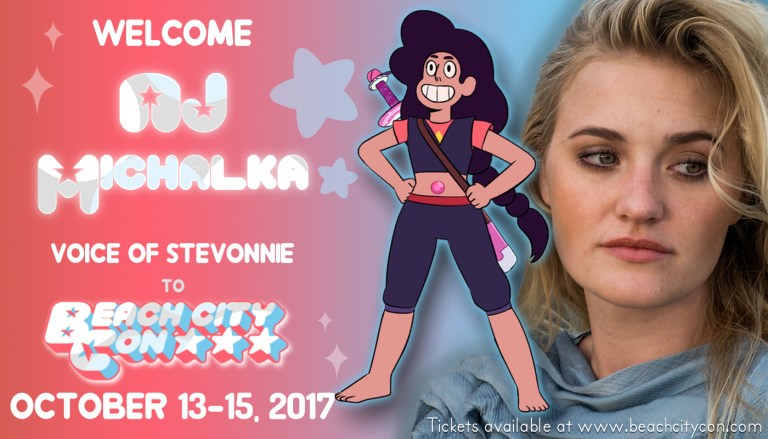 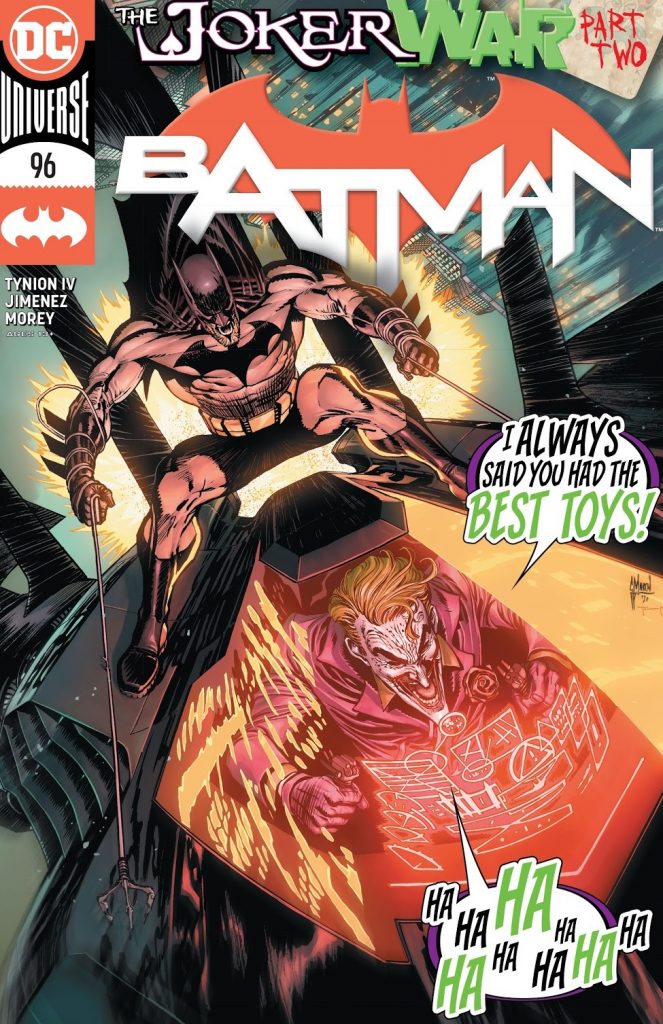