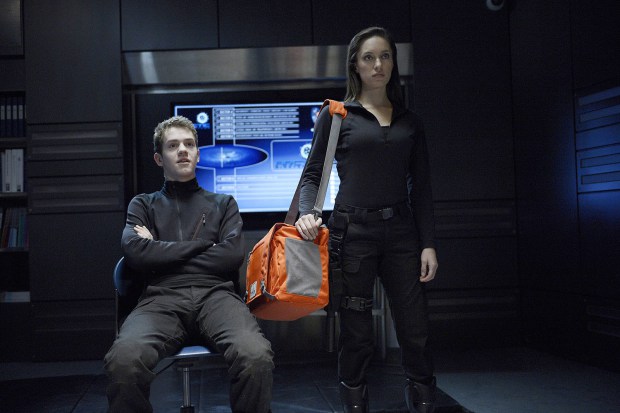 The first season of Helix is about to wrap up, but all I can think after watching the most recent episode is that they’re still too busy throwing around ‘shock bits’ to tell the story well.

In fact, the vast majority of The Reaping – contrary to what its name implies – was no more than a bunch of whining. Julia isn’t so hot on the idea of immortality, but Sarah is pretty psyched because she thought she was going to die of a brain tumor before she could even reach a new decade of life. All I know is that I was glad when she put in those contacts because I still can’t get used to the creepy silver eyes.

There’s also quite a bit of sibling tension in this episode. Anana trusts Balleseros, but her brother – no, not Daniel, the other twin Tulok, remember him? – does not. They argue, Tulok confronts Balleseros, who leaves, and then brother and sister fight again. Yet all of this is more than a bit nonsensical because we have yet to see how any of these people will effect the storyline that’s playing out in the research facility. Additionally, Anana admits that she knows Balleseros won’t change, yet then insists that she trusts him? Not to mention the fact that it seems as if Helix is just trying to shove some sort of Anana/Balleseros romance down our throats, while it’s certainly not being portrayed very well if all I do is scoff when Tulok uses the phrase “…if you truly care about her…”

By the end of The Reaping the scenes featuring these characters just made my head hurt.

And that’s not all the familial drama that this episode provides. Daniel is upset with Hatake for lying about Julia. Both Julia and Sarah are trying to convince him that dear old dad isn’t all that bad – Julia even wants Daniel to treat her like a sister, while Sarah seems to have simply forgotten all of the trouble that Hatake has caused. Meanwhile, Alan and Peter aren’t having very much fun exploring the air ducts- especially when Alan finds Peter’s Julia shrine.

Yet none of this compares to The Scythe’s mommy issues. Surprise – he’s Sutton’s son! And once he realizes that Hatake killed his mum, he seems to abandon his orders from Ilaria in favor of revenge. So much for him being a big bad assassin, though he does make quick work of capturing Julia, effectively ruining Hatake and Alan’s plan to catch him off guard.

Speaking of that ‘plan’ – while I understand that it makes certain events a bit more surprising if we viewers have no inside look at what Hatake and Alan were trying to pull off, I believe it does more harm than good to take that route. In the end they only got rid of one of the three assassins anyway, so really what was the point? Especially as Alan insisted on bragging about how The Scythe would underestimate them, when their little outing in the facility is what allowed Julia to fall into the kid’s hands anyway.

Oh Helix…you do try so very hard…and because of that, it makes all of these little failures seem ever more insurmountable. 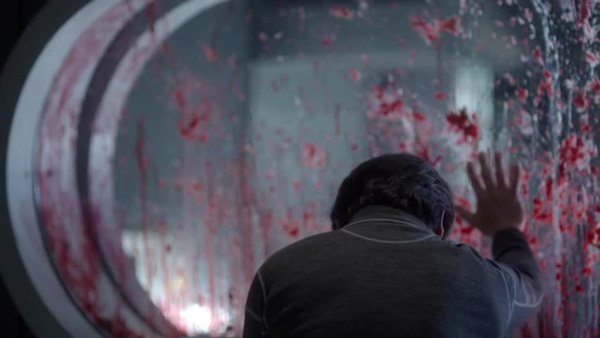 As The Reaping wrapped up, I was not at all surprised to see that Daniel seemed to take some of what Sarah and/or Julia said to heart – or at least I assume that was the case, and that he thought he could bring the Narvik to Spencer the Scythe and somehow save the day in the process. Mostly his reasoning was left up to the imagination, which in and of itself is weak, and I only came to the conclusion I did when Daniel sacrificed himself so that Hatake wouldn’t have to choose which of his children to save from certain death.

Okay, Daniel actually probably did that because he assumed that Hatake would choose Julia anyway. But forcing Hatake to make that choice would actually make Hatake a person of interest again, and remember, it’s All About Julia now, so we certainly can’t have that…which means the next Helix twist needed to involve her – and so it did. As it turns out, Julia’s mother isn’t dead, as we’ve thought all this time – Ilaria has her!

Considering I have yet to find any information on whether this show has been picked up for a second season, I’m concerned that this Friday’s season finale (and possible series finale) will leave quite a few questions unanswered. The fact that they introduced someone who is essentially a new character in the closing scene of the second-to-last episode is either very brave or very silly, and considering how very much of Helix has seemed pointless, I’m leaning toward ‘silly’.