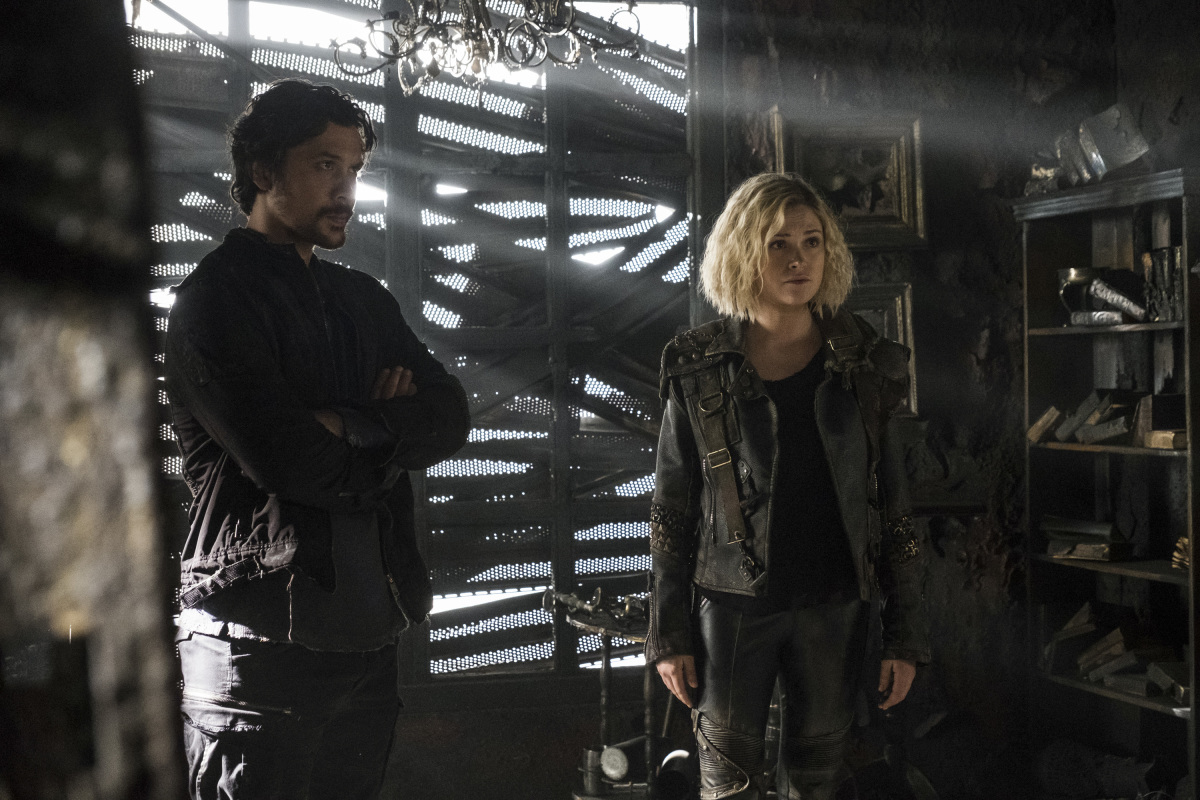 We are once again on the brink of war on The 100. On the eve of battle, there are some hard choices to be made, but everyone believes that they’re doing the right thing. “How We Get to Peace” does what The 100 does best and raises some interesting philosophical questions, but at this point I’m just tired of everything.

Season 5 has become a bit of a drudge for me. You’ll notice that many of my reviews have been late recently, which is partly due to personal reasons and partly because I’m just getting so tired of the formula on this show. “How We Get to Peace” was no longer than any other episodes this season, but it felt like it was. And though we did get some very nice debate on the lengths humanity will go to in order to survive, it’s honestly no different than any other season in this manner. Someone is always advocating for violence; someone is always arguing against it. In the end, no one wins, and they all die a little more inside. Case in point: Monty.

I love Monty. I have loved Monty since the beginning, and he has suffered a lot, and the further we get into this storyline, the more I worry about him. He’s tired, and he’s had enough, and he’s needed to be the voice of reason, and all of that leads me to believe that he’s not going to make it to the end of the season. He and Harper have decided to stay behind and make the bunker livable, and when anyone on The 100 wants to settle down and be a farmer, they usually end up dead. But Monty was dropping truth bombs when Bellamy and Clarke came to him for help in killing Kara – if it’s one person to save hundreds, why not Octavia? 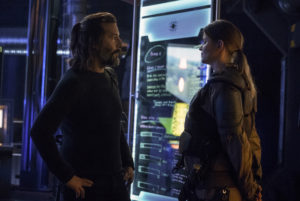 Kane was the best he’s been all season in “How We Get to Peace”. His ethics speech to Diyoza was quality, and I also like how he flat-out called her out on acting like a dictator. “Eventually the few become the many, and the ends do not always justify the means.” Damn, son. I do believe he may be getting to her. I speculated in the last episode that all of this was for Diyoza’s child. Thanks to Kane, she now understands what kind of world she would be leaving for her daughter if they allowed the war to happen, and I think she sees that there are alternative solutions.

This is why I’m still on the fence about how I want this to play out; I love our bunker friends, but Octavia does not seem willing to listen to reason. I still can’t believe they were willing to release carnivorous worms into the only viable ecosystem left on Earth and just hope that they wouldn’t completely ruin the land. There’s no way Kara’s tests could have been conclusive without conducting them in the actual environment that they would be using. That whole plan was just stupid and needlessly risky. Also, while it’s established that Bellamy won’t kill his sister, she seems perfectly willing to kill him.

He will poison her, though. “My sister, my responsibility.” That’s the throwback I’ve been waiting for all season.

And honestly, as much as I have disliked Octavia this season, “How We Get to Peace” proves that she can be an effective leader. She obviously suspected that Clarke and Bellamy would try to undermine her, so she didn’t let them in on the entire plan about the worms. My only fear is that she also suspects Indra and that something is going to happen to her. Even before her role in Kara’s death, Octavia removed her as command of the first army and gave it to Miller. She clearly knows that something is up.

What did you guys think of “How We Get to Peace”?

Also, as an FYI, Jason Rothenberg tweeted yesterday that The 100 is moving to 8pm when it returns July 10.

Previous:Legendary Acquires Rights to Film Adaptation of ‘Animosity’ from AfterShock Comics
Next: RuPaul’s Drag Race Season 10 Becomes Highest-Rated Ever! Now Let’s Do Something About Racism!