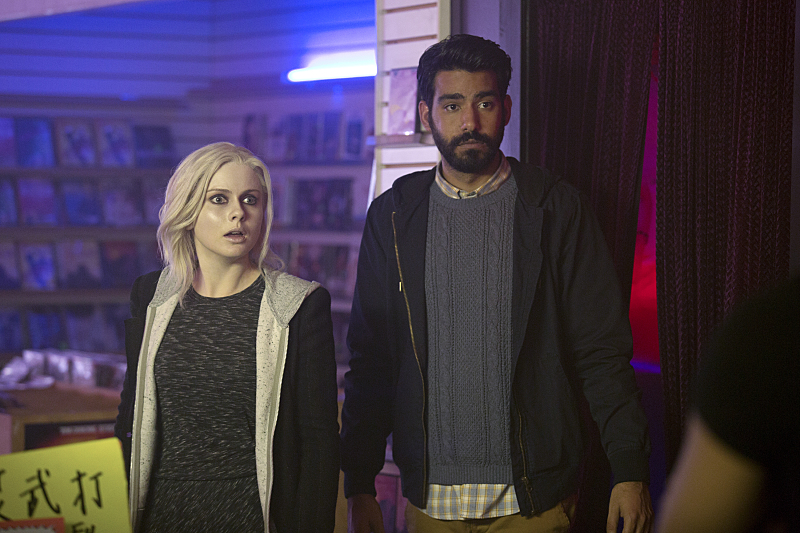 This week on iZombie, we were treated to the beginning of the bromance that is Ravi and Major (anyone have any ideas for nicknames?). Although Liv was very much the central character, we were treated to some interesting subplots that allowed us to learn more about the very entertaining supporting cast. 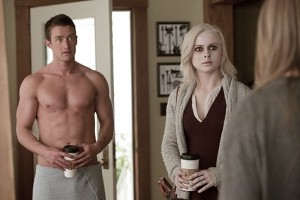 The episode started with a very awkward encounter between Liv, Major, and Major’s new girlfriend, Corinne. Liv showed up to Major’s house with a coffee peace offering and found him in a towel with Corinne only in her pajamas. Liv didn’t seem too fussed by it, but later in episode suggested to Ravi that he move in with Major to help offset the rent (or perhaps to push Corinne out of the way). This led to another hilariously awkward meeting between Ravi and Major. As it turns out, they both love video games, blackout curtains, and giant televisions. Although I was not initially a big fan of Major, his scenes with Ravi were a lot of fun, and the character is growing on me. Since the dudes are now roommates, I am sure we will get to see more of the bromance.

The “brain of the week” allowed us to get to know Clive Babineaux even more, too. Liv’s brain food ended up being a member of an Asian gang called the Blue Cobras. In her visions, Liv clearly saw Clive beat up members of the gang, and appeared to be very involved in the inner-workings of the gang. This clearly did not sit well with Liv, and immediately suspected him of being a dirty cop. Fortunately, we found out that Clive’s time with the B 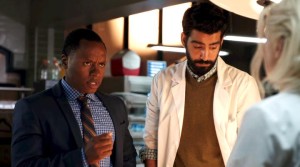 lue Cobras was simply his undercover days in Vice, but he was in very deep. Although I liked seeing a bit more depth within Clive, I felt the pacing was off with these parts of the episode. They went way too fast to try to keep up with the storyline, and I am still not 100% sold on Clive. I hope that we get see more range of emotions, and hopefully he will grow on me.

Blaine’s ongoing storyline got a lot, er, meatier this week. It turns out that he has gone into business for himself under the guise of a butcher shop called MeatCute (which is the best name in the history of television). He already has a crew working for him, trying to get clients to purchase brains, and even working with the butcher shop to come up with gourmet brain cuisine. This is definitely an interesting master plan. Unfortunately for Blaine’s minions, who think they can outsmart him by going into business for themselves, things seem to be going well between him and Jackie. She reports back to Blaine of the plans, and he murders them in cold blood. Blaine is very chilling, and his intentions are brutal. Although David Anders is still doing an amazing job with Blaine, the character seems to bring the levity of the show down a notch. I am hoping that the writers can keep enough humor in Blaine to keep him a villain that we care about.

There were some great scenes this episode with the supporting cast, but the overall episode just felt a little off for me. I think we are starting to settle into the show’s rhythm a bit now, and some of the overarching storylines are getting most of the airtime. I don’t have a problem with that entirely, but it makes the “brain of the week” plots seem a little disorganized. But don’t get me wrong, that is a nitpick. I am still in love with this show (and Ravi)!