Looking forward to Rave of Thrones: An Interview with Kristian Nairn 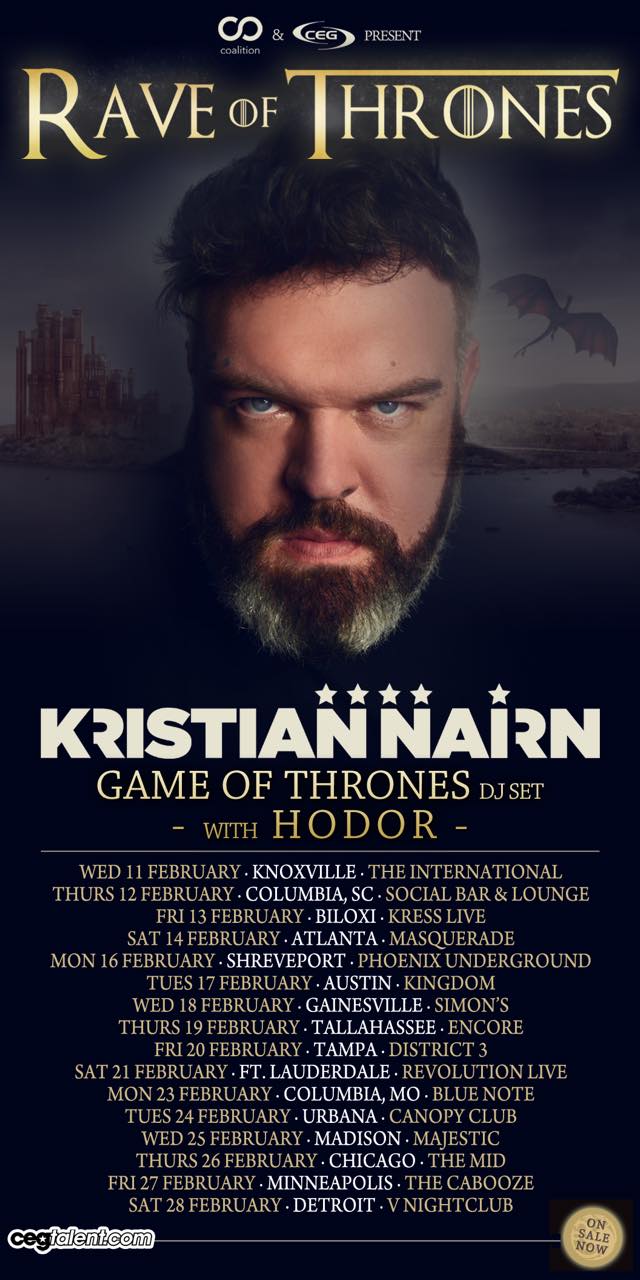 Kristian Nairn isn’t just “Hodor” on Game of Thrones – he’s an internationally acclaimed DJ and electronic music producer, a “loyal sci -fi and fantasy fan”, a World of Warcraft lover, and even a podcaster!

And on Saturday February 14th, I will be attending his “Rave of Thrones”…which is exactly what it sounds like – that being a Game of Thrones-themed rave! To help everyone get even more pumped for this event, I was lucky enough to conduct an email interview with Kristian, and many of the questions came from Geekiary readers… 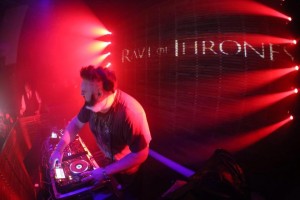 Tara: Since Rave of Thrones was directly inspired by your experiences acting on Game of Thrones, what led you to combine your work as a DJ with an acting career, or vice versa?

Kristian: Well, before RoT started, I was already doing solo gigs in Australia. It kind of evolved into a themed party, and it went down really well.  I wasn’t keen initially, but seeing the demand and the reaction soon changed my mind!

T: It sounds like you have a high level of interaction with Game of Thrones fans. What do you think of the fandom? How do you find the atmosphere and the fans at your Raves?

K: I try to interact as best I can, although I will be the first to admit that I don’t interact JUST as much as I used to.  It was getting to the stage where my phone was almost welded into my hand.

The Fandom is incredible.  It’s full of intelligent, curious, creative and largely respectful amazing people!!  We are very lucky to have them on our side.  The atmosphere tends to be very friendly but at the same time electric…a pretty unusual combination, and I think that’s one of the reasons why it’s doing so well.

T: Both your time on the show and your years of DJing (including your Rave of Thrones tour) have brought you to some incredible places all over the world. What have been some of your favorite ones to visit?

K: Hmm.  Sometimes my experience of a renowned city will be an airport and hotel, haha.  But of those I have got to spend time in: San Francisco, Melbourne, Brisbane, Stockholm… I can’t choose, actually. 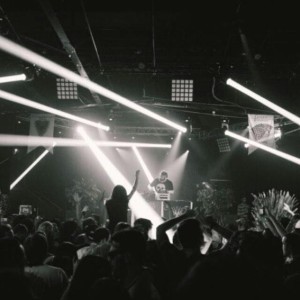 T: Music is constantly changing, but so many aspects of it also stay the same throughout the years. Has your music taste changed throughout your life? What was your favorite music when growing up vs. now?

K: I’ve never been one for fads.  I think it’s possible to stay current and appeal to the fad lovers without completely giving into it.  I still love the music I liked when I was growing up and I love the music that’s being produced today!!  I think that’s vastly important to staying relevant in the DJ/Music world.

T: Digital or vinyl? If digital, Serato or Traktor?

K: I use CDJ’s for my live shows.  Nothing else has superseded that for me yet.  I can and do use every format though, so out of a close call between Traktor and Serato, I’ll go with Traktor.

T: Having listened to a couple episodes of your “Two is Company” podcast, I would love to know how you got involved in it and what the plans are for the podcast’s future.

K: Zack and I became great friends through another podcast, and we are both Warcraft fans.  We have a great connection and have had some crazy conversations.  I think in the middle of one once, we realised that it might be fun for other people to listen in. And the whole concept of “twois” was 1) to let people feel involved with the questions and 2) to give a little back, actually.

T: Recently I had a friend point out that “Just like Groot [from Marvel’s Guardians of the Galaxy] Hodor is quite limited in dialogue.” Is it hard to convey the appropriate amount of emotion when constantly repeating the same word?

K: It is really dependent on the scene to be honest, but it’s very subtle acting and it would be very easy to overcook it.  It’s not, as I’m sure you realise, all solely about the word, but it’s a whole body language thing too…so yes, it can be a challenge, but one I love.

T: At the first Ice & Fire Con (a Game of Thrones/Song of Ice & Fire convention held here in the U.S.) in 2013, Hodor won our Mock Election, so I wanted to ask – if Hodor was crowned king of Westeros, what would be his first order of business?

K: Speaking for Hodor, I predict his first order of business would be “Hodor!”

Personally I would make Russell Brand his advisor and translator.  I think he would enjoy the challenge of sorting the Westeros chaos out!

Thanks again to Kristian Nairn for taking the time to participate in this interview. If you’re interested in attending Rave of Thrones, check out the full list of tour dates on the official website – or if you’re in the Atlanta area, tickets for the Rave at Masquerade start at just $22 – and maybe you’ll see me there!

Previous:FEELINGS… with The Geekiary: Ep. 1
Next: Agent Carter 1×4 Review: The Blitzkrieg Button