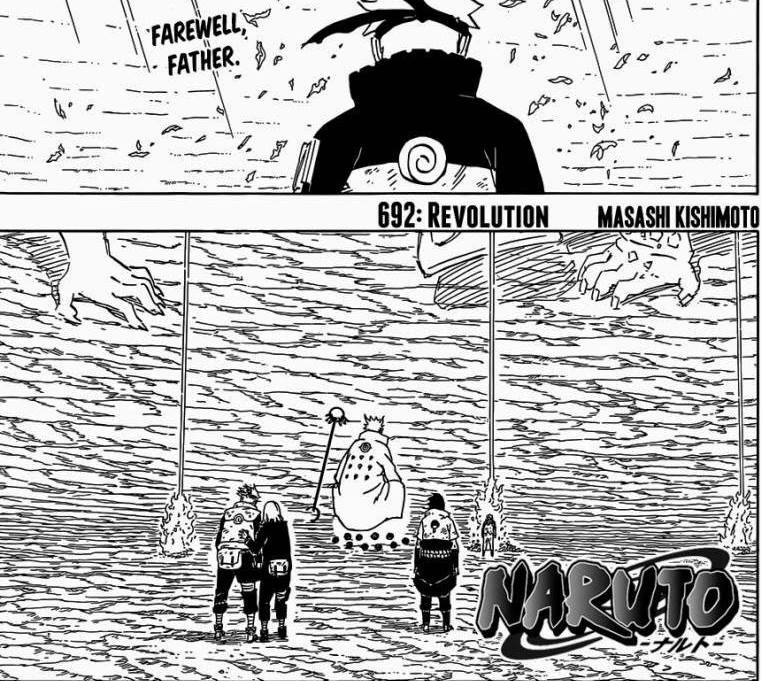 Kishimoto didn’t disappoint with this week’s chapter of Naruto. After the mediocre ending of Team 7 going against Kaguya and the war ending, Sasuke stepped up to bring a much-awaited twist to the story.

Ever since Sasuke came to help the ninjas in the war, I have been weary of him. Kishimoto also put in seeds of suspicion when he had Sai question Sasuke’s true intentions. Though Naruto seemed to trust his teammate, Sakura was hesitant. That’s what I like about Sakura as a character. She is a perceptive young woman, especially when it comes to the emotions of her teammates. Not blindly trusting someone she has a crush on (love?) also speaks a lot about her character strength. 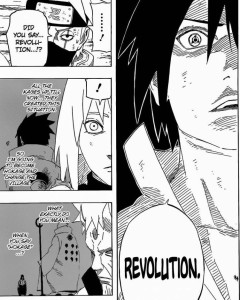 The fate of the tailed beasts was also revealed in the chapter. I predicted that they would be free and I was right as the beasts would be returning to their various habitats. Their chakra, however, will remain inside of Naruto and they could meet whenever they want. The eight and nine tail beasts also decided to stay with their Jinchurriki’s. After saying farewell to his father, and the past Hokage’s handing down the future to Team 7, Kishimoto delivered a twist that rejuvenated my love for the series.

The Sage of the Six Paths wanted to release the world of the Infinite Tsukiyomi and Naruto and Sasuke had to combine their seals to do that. But Sasuke had other plans. He wanted to bring about a revolution in the shinobi world. What he wanted to do did make sense and it reminded me of Zaheer from The Legend of Korra who wanted to take out the corrupt leaders of the world. I can’t tell you how happy I am to see Sasuke revealing his true intentions. I was looking forward to Naruto and Sasuke fighting it out but I wasn’t expecting it to play out like this. The panel showing Sakura’s face when Sasuke declared he wanted to kill all the trapped Kages was one of the best in the chapter.

The Sage was clearly surprised with Sasuke’s plan. He did what he could to try and make the future different by giving them both his powers but that clearly didn’t work. I liked how Naruto was confident that the result of the battle will be different from the past. The only way Kishimoto can avoid repeating the past is by not making Sasuke good during the battle. Personally I would like to see those two battle it out till the end. I want Sasuke to go down believing in his decision to bring about a revolution. Naruto doesn’t have to deal the final blow because I want Sakura to do that. She needs some closure with Sasuke and I think killing him for his own good would be something she’ll benefit from in the long run.

I found it interesting that Sasuke didn’t seal Sakura and Kakashi like he did all the tailed beasts. Does he think that those two can’t do anything to stop him? The God-powered Kaguya did the same thing and Kakashi and Sakura ended up laying a vital role in sealing her. Will Sakura and Kakashi play a role in defeating Sasuke too because he thought of them as insignificant?

What did you think of this week’s chapter of Naruto? Are you excited to see them battle? How do you think it will end? Let us know!