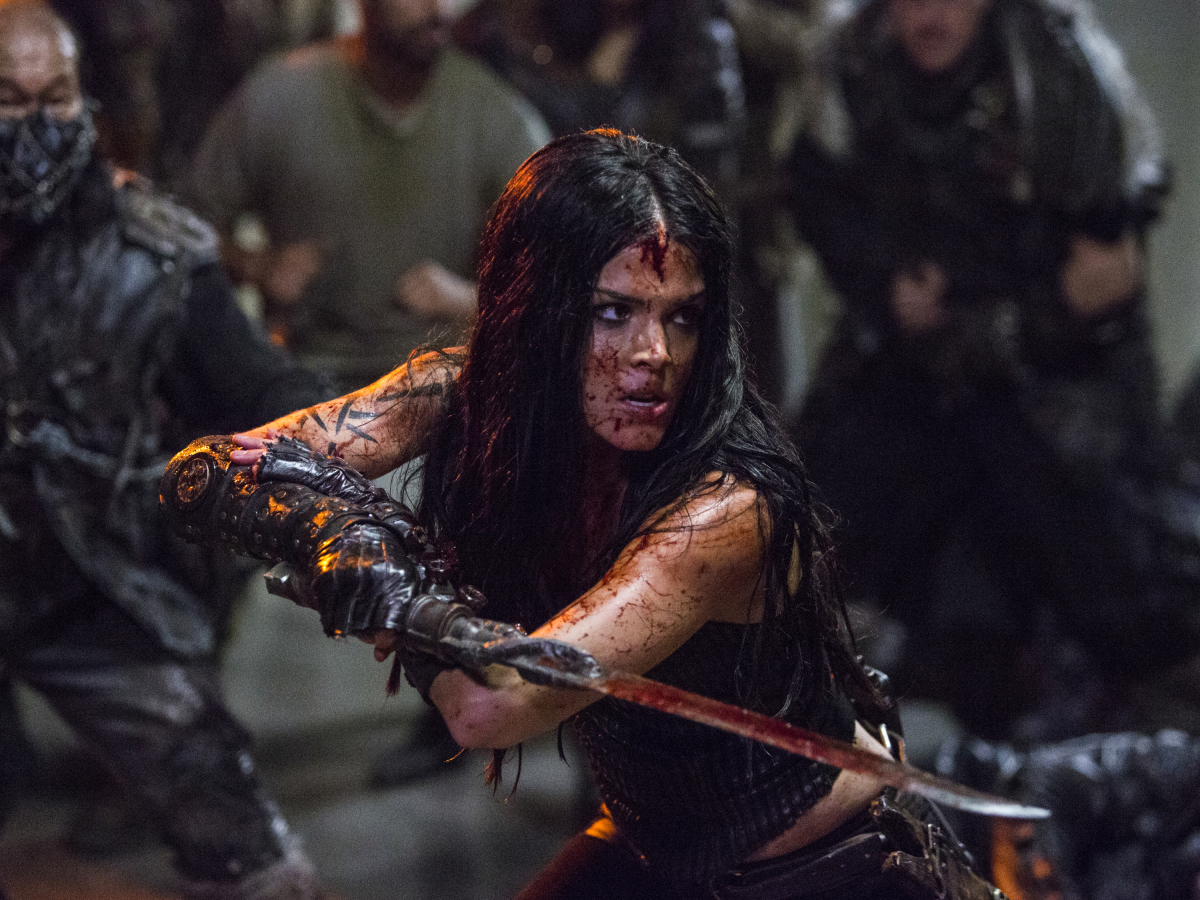 In last week’s season premiere, we caught a glimpse of what happened to Clarke in the years since Praimfaya. We also joined the group on the Ring in present day. “Red Queen” takes us back to 45 days after the death wave, and things are not at all going well for Wonkru.

To be honest, I wasn’t all that interested in what happened in the bunker. Yes, it’s nice to see that Miller and Jackson are dating (still not sure what happened to Bryan, but yay for having some more LGBT+ characters), and I am very intrigued about Octavia’s storyline after the hodgepodge that was her season 4 arc. I already saw most of my faves last week, so this is just a formality. But then “Red Queen” went and made Octavia super badass, and it’s hard to dislike that.

“Red Queen” introduces a major problem for the people trapped in the bunker. Aside from the fact that they’re buried under a ton of rubble, the hydroponics won’t sustain them after the five years it will take for the radiation to go away. Because nothing on this show is ever easy or fun. Octavia learns that being a leader means making difficult decisions, especially when some of Skaikru go rogue and trap half of their people and all of the Grounders outside the farm to starve to death. She promises the Grounders that she’ll take back the farm, but first Jaha makes her promise to prevent the Grounders from hurting the innocent people inside. If you didn’t get chills from Octavia’s fight scene outside the farm, I think you were probably watching a different show.

One thing “Red Queen” highlights really well is just how…well…how awful Skaikru are. They crashed into a civilization and a culture they don’t understand and made no effort to understand, declared themselves superior, and think that they should be the only people who survive. Sounds kind of familiar. They’re exceedingly violent for all they look down on the Grounders. All you have to do is look at how Octavia was handling disputes; one clan wanted someone stoned for stealing blankets. Octavia told them to just give the blankets back, and everyone went, “Huh, I never though of that.” Moments like that made me think that they could survive just fine all packed together, and then Skaikru went and Skaikru’d it up.

That said, I’m not sure how I feel about Octavia bringing Ancient Rome into the bunker and having gladiator matches to decide who lives and who dies. It’s clear that they’re popular, but that doesn’t make them right. However, considering a bunch of murderous criminals have landed on Earth, it’s probably a good thing that everyone in the bunker is used to fighting for their lives.

Have you guys seen “Red Queen”? What did you think?