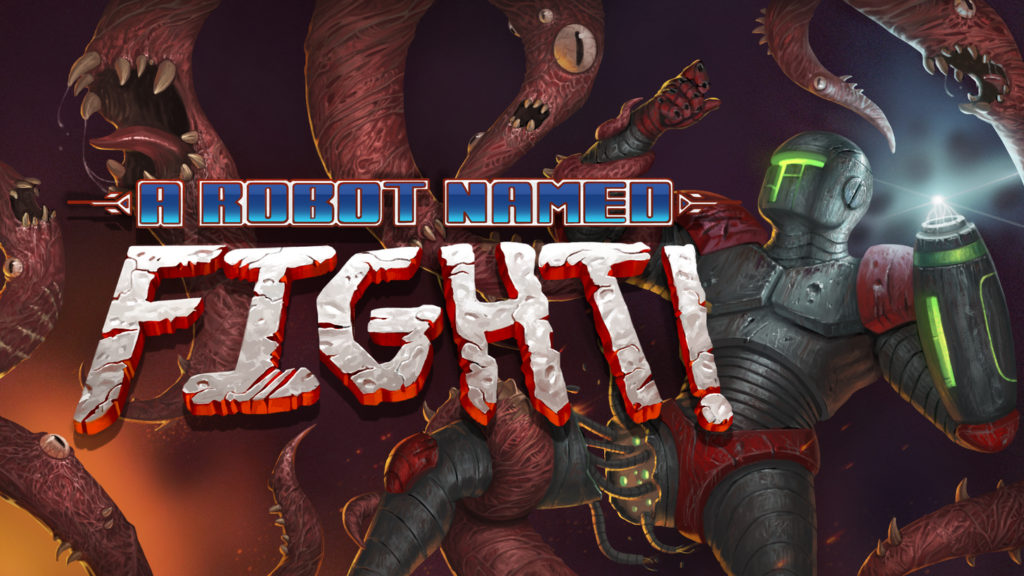 Alien abominations, labyrinthine levels, and permadeath await players in A Robot Named Fight, described as a gorgeous Metroidvania which will launch on Steam (Windows/Mac) on September 7, 2017.

The upcoming game is said to combine the best of what genres like Metroidvania and roguelike have to offer. A Robot Named Fight allows players to battle monstrous creatures. It also features some quirky writing, a huge item variety, and a synthwave soundtrack which is somewhere between retro and modern platformers.

A Robot Named Fight also features a local co-op mode, enabling you to enjoy with a friend.

Thousands of years have passed since the mechanical gods ascended and left the lower robots to cultivate the world. Unfortunately for those left behind, something forgotten and terrible is stirring among the stars: the Megabeast, a pulsating moon-sized orb of flesh, eyes, mouths and reproductive organs – unleashing its children onto the world like an unstoppable plague.

In A Robot Named Fight, you play as a lone robot tasked with retrieving wartime artifacts deep beneath the surface of your planet. Explore a procedurally-generated underground world filled with fleshy monsters and randomized powerups. Stay sharp, and try not to die – or you’ll have to start from scratch. To mount a challenge against the Megabeast, you must secure enough artifacts to open new paths and upgrade your offensive and defensive power. Take hold of your destiny, honor your ancestors, and defeat the Megabeast once and for all!

Developed by Matt Bitner Games, A Robot Named Fight is set to launch on Steam on Thursday, September 7 for only $7.49 which is 25% off the game’s original retail price. The sale will end a week after launch (on September 14, 2017).

Furthermore, Steam users can purchase A Robot Named Fight bundled with the game’s original soundtrack for $12.74.

Feel free to share your thoughts about A Robot Named Fight with us.