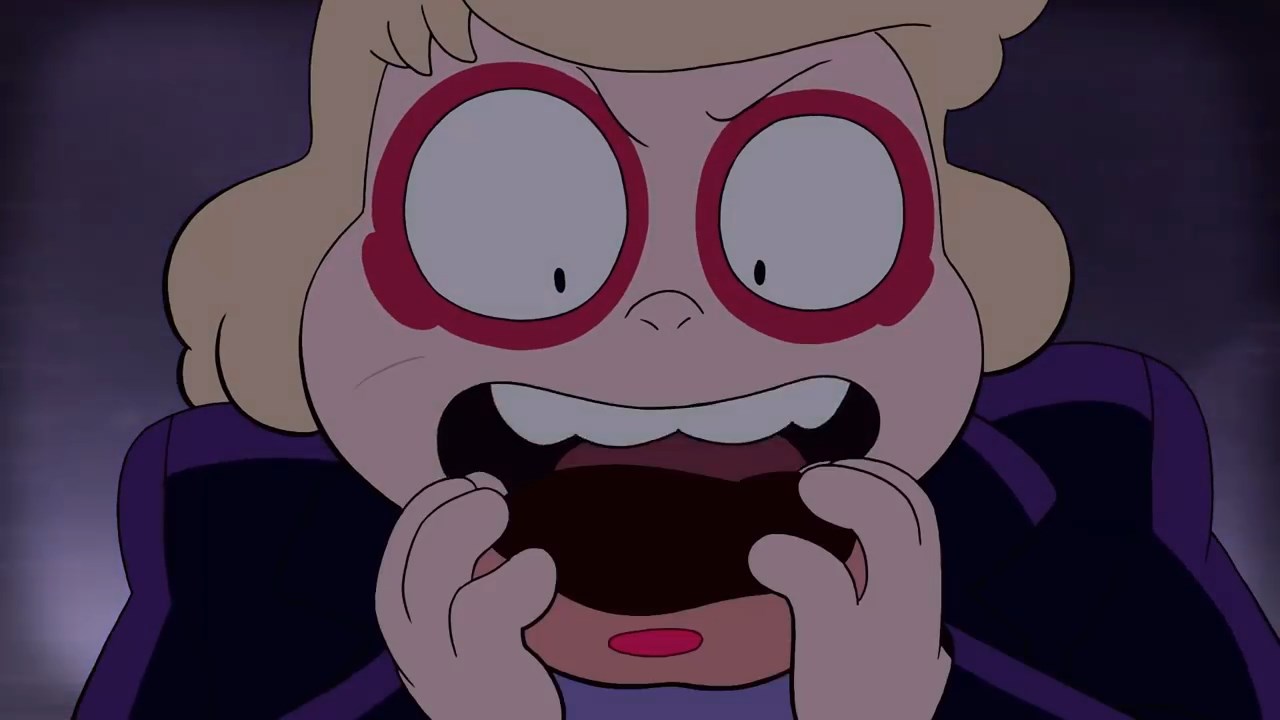 She’s beauty and she’s grace. She’s got lipstick on her face. Her name’s “Sadie Killer” and she’ll kill with her singing voice!

Ever since Lars got abducted and taken to space, Sadie has been doing everything in The Big Donut alone. Granted, she’s the one who does most of the work even with Lars around; but now that she has no one to split shifts with or to talk to during work hours, the stress is starting to drag her down.

Steven invites her to hang out during band practice– that’s right, he and the Cool Kids have started a band! She really seems to want to go, but unfortunately her work runs late and she arrives just as they are wrapping up their session. So, the next time they have band practice, Steven and the Cool Kids (they really need to have a name for their band) decide to bring the jam to her.

The band sets up in Sadie’s room, but just before they can start, they come across Sadie’s horror movie collection and end up watching a movie. When Steven reminds everyone that they should be trying to find the sound of their band, Sour Cream quips that he likes the movie’s spooky sounds and starts jamming to it. Soon, the rest of the band add in their own cool jams. Buck comments that all they need now are some “provocative lyrics”, which urges Sadie to sing:

Tired from work
Hate my job
I really oughta be in mourning
But I’ve got another shift this morning
Everyday feels like it’s never ending
What’s the point of all this time I’m spending
Here at this dead-end job!
Oh! We are the Working Dead
And we lurch for minimum wage
But I’d really rather be… eating your brain!

Look at you, you seem so bright and healthy
And your minds are full of joy and wonder
Stay a thousand miles from the condition
That I’ve got from all the stress I’m under
Don’t come near me or you might encourage
All these terrifying sudden urges
Seeing you makes skipping work so tempting
Don’t you know that in the night I’m temping
Here at this dead-end job!
Oh! We are the Working Dead
And we lurch for minimum wage
But I’d really rather be… eating your brain!

The band finally finds the kind of sound they all love, thanks to Sadie’s impromptu performance. Everyone is so impressed that they want her to be their frontman (“You’re not Sadie Miller. You’re Sadie Killer!”). Sadie shares their enthusiasm… until she remembers she has work the next day and asks everyone to pack up so she can get some rest before her shift.

Some time later, Steven drops by The Big Donut to ask Sadie for advice. The band has been trying to write more “spooky” songs, but it’s not quite working out. “It sounds so phony coming from me,” Steven says, before asking her for some tips.

“First, lose your youth to your boring job. Then, lose the only person you’ve ever felt truly close to. And then, lose your mind working all his shifts,” Sadie tells him, then later goes on a tirade about how the dragging feeling of her work had long become her normal, to the point that when she found that singing and hanging out made her happy… it felt “so not normal.”

Steven compliments how poetic she makes it sound, then attempts to express his takeaway from what she said: “Hate my job! Hate my job! Obligations! No vacations! Kinda saaaaaad!”

“Do I really… sound like that?” asks Sadie, shocked and contemplative, as if she had been slapped in the face.

Way back in “Joking Victim”, Sadie seemed to like working at The Big Donut to some extent. “It started out as a summer job, but that was two summers ago,” she had said. But now, even she herself doesn’t know why she’s still there, and with all the stress she’s been accumulating… that dead-inside feeling is another meaning for the titular “Sadie Killer”.

Throughout Steven Universe so far, I don’t think Sadie has ever made a concrete decision on screen that pertained to her own long-term happiness. The closest was probably in “Sadie’s Song”, when she’d had enough of her mom’s overbearing enthusiasm and finally stood up for herself to express her honest feelings– but even then, that was more of her lashing out after having to endure for so long, instead of making the conscious, decisive choice to step away from all of that in order to step towards something that makes her happy.

That’s probably because, for the longest time, Sadie had been more preoccupied with other people’s happiness, like her mother’s or Lars’s. Well, mostly Lars’s. We’ve all seen her urging him to “just be yourself” and to “chill and take a break”, when she should have been telling herself the same thing. It wasn’t until “The Good Lars”, after she’d hung out with people other than Lars, that she realized what she had been doing:

“I wish I could just force [Lars] to be happy! …Oh no. I sound like my mother. Maybe I should be trying to fix my life instead of his.”

Most episodes that featured Sadie prominently so far had also featured Lars and their relationship with each other. But now with Lars stranded in space, I think we’ll get to see Sadie’s character go places she hadn’t gone before– just like how we’ve seen Lars’s character develop so much during the events of the Wanted Arc.

And “Sadie Killer” shows us an end of something, and the beginning of another.

As Steven and the Cool Kids are just about to head out to their first gig, Sadie catches up with them, excitedly saying that she can go with them to the gig, that she can join their band and hang out and go to all their practices all the time now, because… 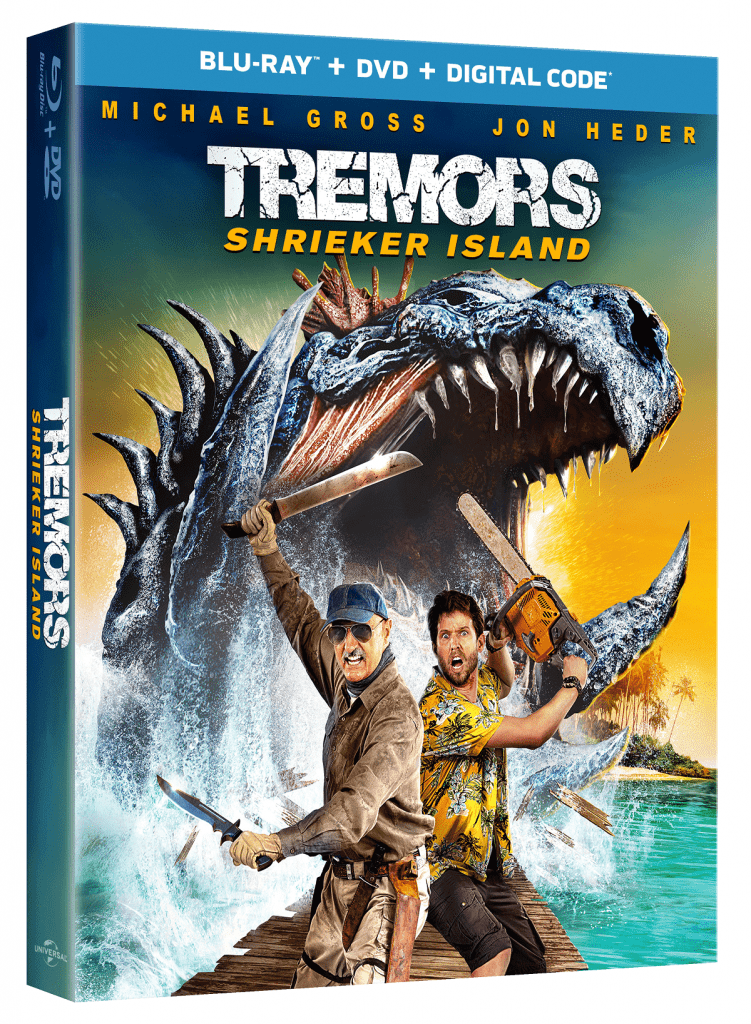 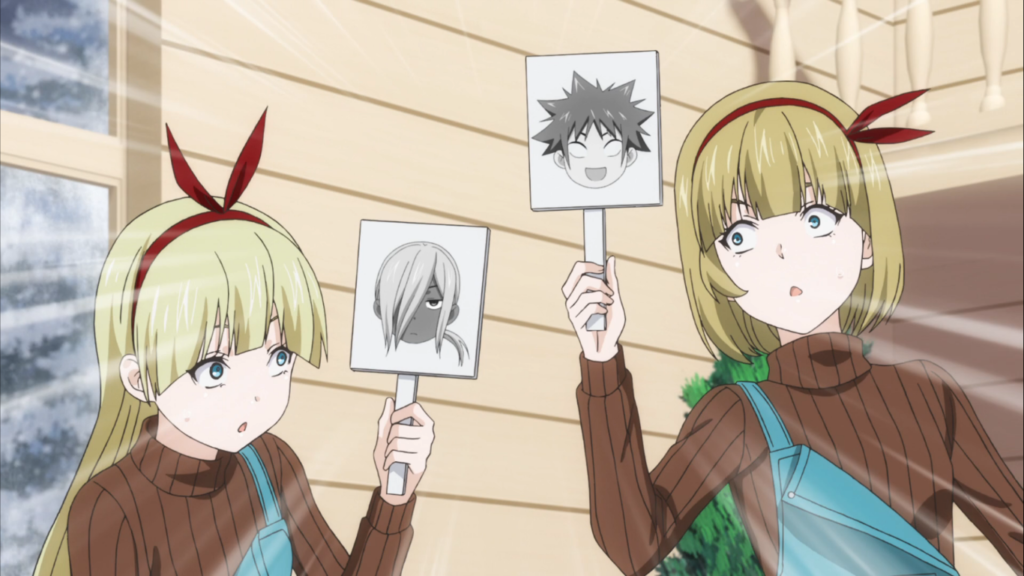 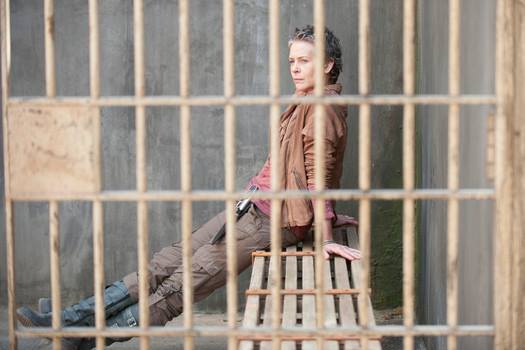