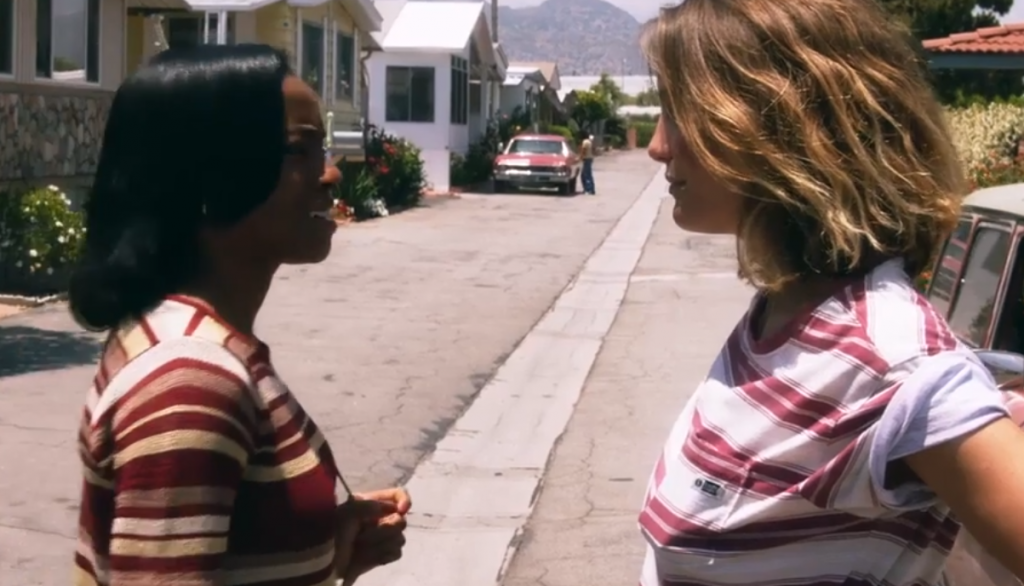 The Animal Kingdom season 4 finale, titled ‘Smurf,’ was everything I wanted and more. The writers made it clear that there’s still a whole lot of story to be told even after Smurf’s death. I can’t wait for the fifth season!

I was provided a free screener of ‘Smurf’ for review. The opinions I’ve shared are my own.

Don’t get me wrong. I enjoyed watching Ellen Barkin as Smurf and how she handled her business. In a sense, she was the show. It was also interesting to see an older woman being a force to be reckoned with in the crime world. And I think the writers felt the same. I say this because even though Smurf is dead in the present timeline, we’re going to have another dangerous older woman from Smurf’s past face the Cody men. Y’all, Pam is going to appear in the present timeline!

We were introduced to Pam during Janine’s flashbacks. While the two didn’t start out as friends, I enjoyed seeing the two realize their similarities and how they decided to work together. In a sense, it was Pam who taught Janine how to manipulate others (especially men) using her feminine appeal. Will the Codys be able to handle the woman who was Smurf’s teacher? I can’t wait to find out.

Also, Pam is a WOC. So, yes to more diversity on my TV screen. I wonder who they’ll cast. Any suggestions? Is Angela Bassett available?

‘Smurf’ showed the Cody men getting together to let everyone know the family is still strong even without Janine. I liked the scenes between Pope and Joshua. Pope hasn’t been happy with Joshua, and he told his nephew to leave the house. It really looked like Joshua had no Plan B for such a situation, and I couldn’t help but smile when Angela showed up with Janine’s will. Even though Joshua has shown how ruthless he can be, he is still a kid. Seeing him use Angela and even Frankie as a lifeline to get back in with the Codys was interesting.

The finale sowed the seeds for numerous plotlines to expect when the show comes back for a fifth outing. Unless the writers decide to change things, here’s what we’ll get to see:

Angela seems to have a hold on Pope, but I don’t know how long that will last. You know Joshua is going to try and get rid of her again when he deems her useless.

Now, coming to one of the biggest moments in ‘Smurf,’ Deran asked Adrian to leave for Mexico without him (even though Pope allowed Deran to go). I know there are numerous Deran/Adrian fans out there, but I appreciated the writers making them part ways. Their relationship just isn’t healthy.

Even if Adrian stuck around and played a role in the jobs the Codys pulled, it still wouldn’t have been healthy. The Codys are not good people and having Adrian be a part of their world (just because you’re a Deran/Adrian fan) doesn’t feel right. Of course, he and Deran love each other very much. No one can argue that. But they’re just not meant to be. At least, not yet (or possibly never).

With Adrian gone, let’s see how Deran moves on. I can see him hooking up with other dudes for fun as he did in the previous seasons. I just don’t see him being able to hold a relationship because of the work he does.

I get some fans like to bring up Ian and Mickey from Shameless. But those two characters have a lot in common and know the dangers of the world they’re in. Adrian and Deran couldn’t work like that.

Even though I still think having Adrian be involved in a drug-smuggling storyline was unnecessary and felt like an excuse to cause drama in Deran’s life, I appreciate the writers choosing to break things off between the two. Will we see Adrian again? Probably. Maybe Deran will go meet him in Mexico?

What did you think of ‘Smurf’? Let us know.