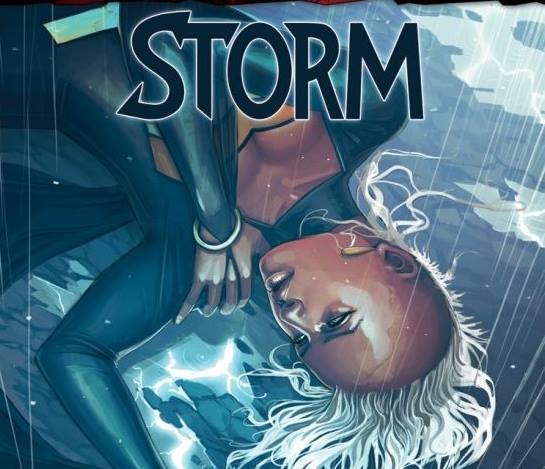 Storm being in danger of facing the chopping block because of low sales was something I wasn’t expecting to ever hear. When the solo-series for the weather goddess was announced I was super excited; however, just five issues in and my excitement has turned into worry. Where are all the Storm fans who were demanding a solo-series?

Storm (Ororo Munroe) made her debut back in 1975 in the comic book world. She went on to not only become one of the strongest characters in the Marvel Universe but also one of most famous female comic book characters of all time. It took 39 years for Marvel to listen to fan requests of giving her a solo-series and with the way things are going I don’t think if her run will even make it to 12 issues!

Marvel did a great job of giving female superheroes their own solos with the debut of Marvel NOW! As comic books are still a business, numbers talk volumes and numbers haven’t been good for female-led titles. She-Hulk has been canceled by Marvel due to low sales and issue 12 will be it’s last. Though Marvel denied rumors at first, low sales have also made Marvel to cancel Elektra, another female-led comic book series. 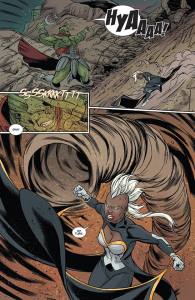 According to Comichorn, comic books sales for the month of October haven’t done any favors for the above-mentioned titles. She-Hulk #9 sold 21, 418 physical copies while Elektra #7 sold 15, 021. Both series have been canceled due to these numbers and Storm is in danger because issue 4 sold 19, 862 copies. Right now the title is between She-Hulk and Elektra and things don’t look good for the weather-controlling mutant. I’m surprised at issue 4’s performance because it was a tie-in to Death of Wolverine. I thought Wolverine fans would’ve bought a copy too.

Compared to Marvel female superhero titles, DC is doing exceptionally well with their female solo titles. In October, Harley Quinn #11 sold 68, 557 issues while Batgirl #35 sold 62, 644. These numbers show that there is a market for female-led comic books. So, why aren’t Marvel female superheroes making similar numbers?

I was introduced to Storm through the X-Men: Animated Series in the 90’s and I immediately became a fan. It was amazing to see a strong female character of color in an action cartoon series. How many cartoon series do you know from the 90’s or even now that put the spotlight on a female character of color, especially when she’s a part of a team with male members? Women of color are still underrepresented in media but Storm broke through and gave people around the world someone to look up to.

The current Storm solo series is an amazing comic book for her fans and other readers. When it comes to power in the X-Men world, Cyclops, Wolverine, and Storm are the lead players. Recent years have shown Cyclops and Wolverine at odds with each other over what they believed in and Storm has been stuck in the middle of it all. She doesn’t believe in the battle-lines Cyclops and Wolverine have drawn. Storm is a series that explores Ororo’s journey of making a new path for herself and becoming a leader of mutants worldwide.

The world has become different and Storm faces a lot of obstacles. Her solo-series debut showed her standing against a dangerous army. She took a stand because she believed it was the right thing to do even if it wasn’t politically correct. The series explores the woman behind the codename “Storm”. It shows readers that there are other problems out there besides battling famous villains. It’s a story about a compassionate woman who will do anything in her power to save people. 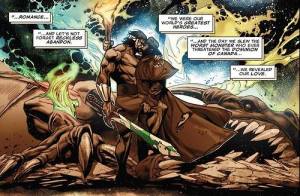 The series is written by Greg Pak. He’s the same writer who showed Hercules and Wolverine as a romantic couple in X-Treme X-Men. He knows Storm and that’s why the series is a treat to read. Victor Ibanez also makes Storm stand-out because of his art.

Storm #8 will be coming out in February, 2015 but after that the fate of the series is uncertain. There is a #SaveStorm campaign going on and knowing the power fandom possesses, it might just save the title.

The comic book world needs more diversity. It needs more series with female leads. So, if you are a fan of Storm or like solo female superhero titles, do your part. Buy a copy of Storm, pre-order future issues and you might just end up playing a part in the #SaveStorm movement.

Have you read Storm yet? Why do you think the series isn’t selling well? Let us know!

2 thoughts on ““Storm” in Danger of Being Cancelled by Marvel! #SaveStorm”