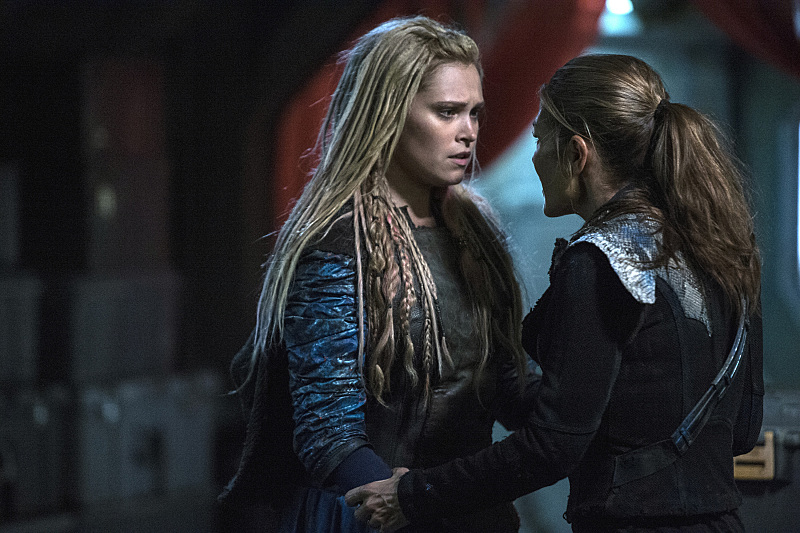 I’m glad I generally wait until the next day to write reviews, because after watching this week’s episode of The 100, I was mostly just spewing expletives.

The 100 has generally been excellent with character development and pacing. I’ve rarely been confused as to someone’s motivations or wondered where exactly in the timeline we are. However, with season 3, the frequent time jumps (brief as they may be) are leaving holes in the story that are mucking up whatever political commentary this show is going for. “Hakeldama” seems to paint the picture that none of our mains agree with Pike’s actions (yay for Miller!), which makes me wonder exactly how he was elected. Kane said, 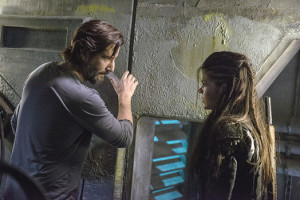 when he handed over the chancellor badge, that the vote was close; well, where are the regular people who oppose him? There must be some somewhere. Are we going to see a resistance develop in Arkadia?

Clearly they are painting Pike out to be a bad guy, regardless of what certain executive producers may say. Yes, Pike’s experience since coming to the ground is different than Kane’s and Abby’s, but for a man who was once a teacher, he doesn’t seem to have a very good grasp on history or governance. After all, one of his first official acts as chancellor was to greenlight the massacre of three hundred allies. In “Hakeldama”, he dismissed both Kane and Lincoln, which means he is surrounding himself with people who won’t challenge him or oppose his thinking, and that is a terrible way to rule. He claims to be thinking about the good of the people, but I think he is more focused on revenge.

One of the problems with time jumps is that we don’t see resolution to situations. Clarke seems to have forgiven Lexa for what happened at Mount Weather; I myself waver back and forth, but Clarke was greatly affected by it and angry enough to hold Lexa at knifepoint, and we never really got to see her struggle with forgiving her. I’m not saying she should and I’m not saying she shouldn’t, all I’m saying is that we really didn’t see it.

I will say that – even though last season I thought Clarke was good for Lexa but Lexa was bad for Clarke – for the first time I don’t know if I agree with what Clarke is doing. Her message is different than Pike’s, but they are actually doing similar things – trying to get the Grounders to conform to them and their way of thinking. Clarke, Pike, and the rest of the Arkers are visitors in a land that was occupied for who knows how many years before they literally dropped out of the sky. Yet here they are trying to show the “savage Grounders” a “better way”, and the whole thing is leaving a bad taste in my mouth. Clarke persuading Lexa to make the first inroads towards peace… Well, correct me if I’m wrong, but Lexa did that by accepting the Skaikru into the coalition, and Pike pretty much spat in her face. (And slaughtered a bunch of innocent people. Don’t forget that.) 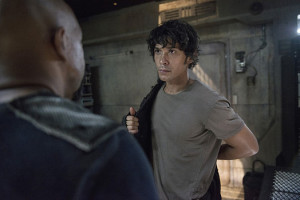 I think the most frustrating thing to witness is Bellamy’s backsliding. See, another thing about time jumps is that writers think they can introduce relationships with the implication that they developed during the jump and that we’ll hop on board with them because we’re told to. Bellamy’s relationship with Gina and her subsequent death are apparently the motivation behind his sudden betrayal – of Clarke, of Lincoln, of Octavia – and since we had maybe five minutes of them interacting, I just don’t buy it. And the thing is, you can tell, by the pure grace of Bob Morley’s facial expressions, that Bellamy is struggling to deal with their actions. However, the spiel he gave to Clarke about why he was doing this seemed to contradict his own beliefs at the beginning of the episode. So basically, I’m left wondering where Bellamy stands and if something else is going on.

Speaking of what’s going on, Jaha’s return to Arkadia. Abby is obviously giving his explanation about the City of Light the side-eye-iest of side eyes, but that is a story arc that constantly leaves me scratching my head. Something is up with Alie and her mystical city, and while Jaha sounds like a cult leader trying to recruit, whatever he gave Raven seemed to have gotten rid of her pain enough that she could walk normally. I’m not sure how I feel about Raven being drawn into Jaha’s crazy, but if it gives her something to do rather than sit around, I’m all for it.

The only purpose of Murphy’s sideplot seems to be a) showing what he’s been up to since abandoning Jaha and b) introducing the “sacred symbol” – the infinity symbol stamped on whatever drugs Jaha is peddling. Clearly that’s going to be important later and we’ll just have to wait and see.

What did you guys think of “Hakeldama”? How do you feel about Bellamy’s actions? Do you think we’ll see a resistance develop in Arkadia? Let us know in the comments!