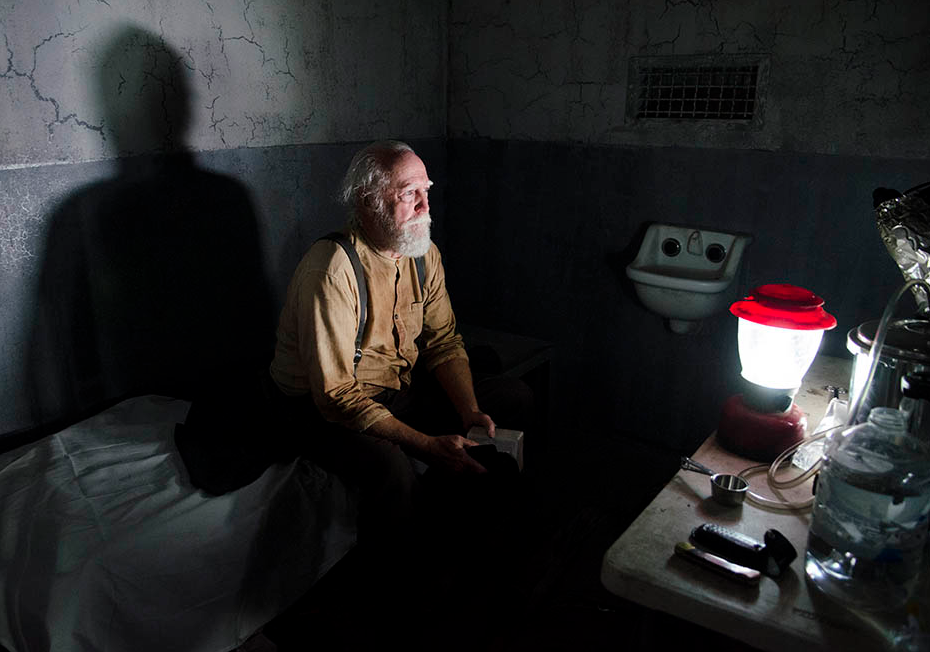 Episode five of the current season of The Walking Dead opened essentially right where it left off last week – Rick is still driving, though instead of showing him watching himself in the rear view mirror, his injured hand is the focal point of the moment. Is this pandering to comic book fans, or a sign of things to come?

After that quick shot of Rick’s ride home – complete with feral dogs eating a walker, which seemed a bit unnecessary and nonsensical – we spend the majority of the rest of the episode in the ‘sick bay’ cell block with Herschel, Glenn, Sasha, Lizzie, etc. For my part, ever since Andrew Lincoln’s hint that viewers should “wait for Scott Wilson in the next couple of episodes” during the press roundtable at Walker Stalker Con I’ve gotten nervous every time Herschel is on screen – and I was literally on the edge of my seat for a huge portion of tonight’s episode.

I recently started re-watching The Walking Dead, and it’s definitely interesting to watch an older episode, and then to catch a new episode and see how much Herschel’s character has developed since his introduction in season two. ‘Internment’ showcases Scott Wilson’s incredible portrayal of this character. The situation in the ‘sick bay’ is deteriorating fast, yet Herschel never wavers, even when others – Doctor Caleb, for instance – have clearly given up.

When we get glimpses of what’s going on outside of the locked-down cell block, these glimpses pack quite a bit of punch. Rick immediately admits to Maggie that he left Carol behind – and why – and while I’m not extremely shocked that she agreed with his decision, the seeming vehemence behind her agreement was a bit surprising.

Once Rick enters the prison and finds Carl – who, despite having been at least somewhat exposed to the virus, has yet to get sick – the scene shows how Rick has truly gone from one extreme to the other. He paid little to no attention to his children in the aftermath of Lori’s death, yet here it shows him reverting to that overprotective state. Though Carl obviously isn’t happy with this, it’s surprising that, especially at his age, he was acting so mature about it. Of course, as we saw later in the episode, Rick clearly noticed Carl’s mature behavior as well. 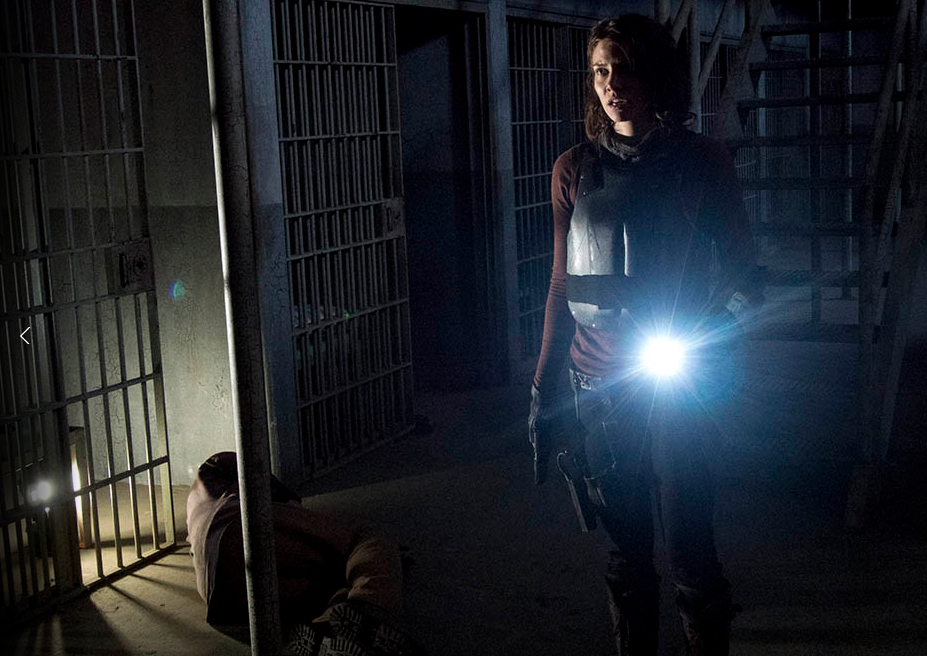 But before we see Rick essentially ‘reward’ Carl, we’re back with Herschel, who, in his concern for Sasha, is not paying attention to his newly-deceased – and soon-to-be-zombified – patients. The situation that ensues because of this escalates very fast, and to be honest it was more than a bit maddening for them to cut back to Rick and Maggie debating over what to do when they hear the gunshots from inside the prison. Considering how, in episode two of this season, they were adamant about following the plans they had set in place for when things went wrong, Rick and Maggie pausing to discuss who would do what is more clear proof that things are falling apart. On that note, it was also a bit disconcerting to realize how unprepared these people are, or perhaps how complacent and unprepared they’ve become.

Between the attacks in the sick bay and the proliferation of walkers at the fence, they were really killing it with the zombies in this episode. However, despite Rick and Carl’s close call outside and the nerve-wracking moments inside (namely with Herschel, Lizzie, and of course Glenn), ‘Internment’ ended without any of the main characters losing their lives. What concerns me is that they’re running seriously low on Woodbury people, and I wonder how much longer they can go without taking away another member of what we’ve come to see as ‘the main group’.

The end of this episode seemed to arrive all too fast, to the point of delaying Rick telling Daryl about Carol – but the moment that specific music started, it was obvious what they were going to show. Or rather, who they were going to show. Whether you like it or not, the Governor is back – and from the preview for next week’s episode, it looks like we’ll get to see some of what he’s been up to – though I for one hope that they don’t keep putting off a confrontation with him, because I foresee that stalling this season as it did season three.