Dear The Walking Dead: I will admit it. You may have finally broken me. It only took you eight seasons, and I’ve only been reviewing you for approximately less than one season. Last week’s episode was so disappointing that I couldn’t even be assed to write about it in a timely manner. Hell, I might not even write it at all. There. I’ve admitted it. I loved The Key. Walker beatdowns, flaming baseball bats, and high speed car chases are my JAM. But last week? NOPE. 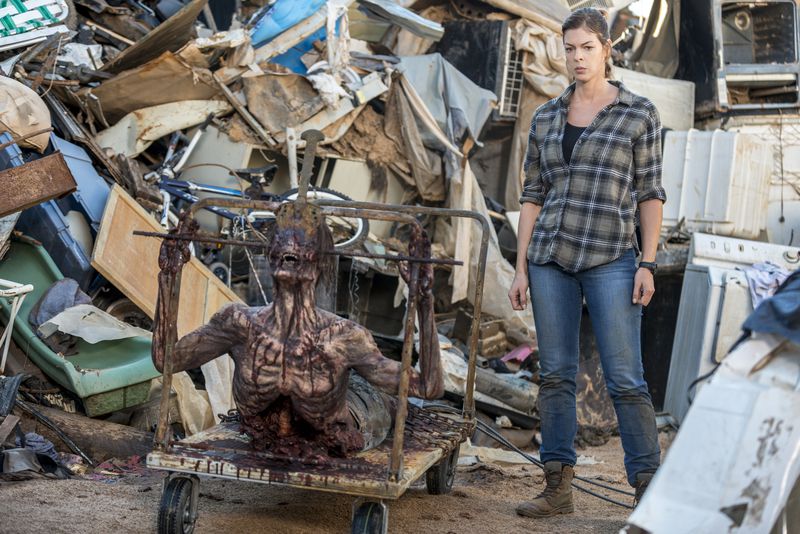 With ‘Still Gotta Mean Something’, Maggie was conspicuously absent. I know they’re still fighting over her contract, but seriously? Give the woman her pay bump and maybe your ratings will stop sinking, or at least let her off with dignity because she doesn’t deserve this. And now, with that out of the way, we move on.

I still maintain that I like Jadis. She’s a weird one, that’s for sure, but she’s wormed her way into my heart. Seeing her tie Negan to one of those giant Gym Scooters we used in elementary school PE and drag him was great. I knew eventually Negan would win her over, but the flare, the gun, the Polaroids? They were all a bit heavy handed. Regardless, Jadis freed him. I revel in the violence Negan will likely inflict on Simon when he gets his bat on him. Daddy’s home.

Speaking of violence, Jared FINALLY DIED, served hot on the grill thanks to Morgan. The search for Henry was underwhelming. I just wanted him to be dead because maybe I’m jaded when it comes to kids and Carol. She’s like the Pied Piper of children. Kids in the apocalypse get on my nerves. They run and scream and still die–for what? Shock value and pain, mostly. 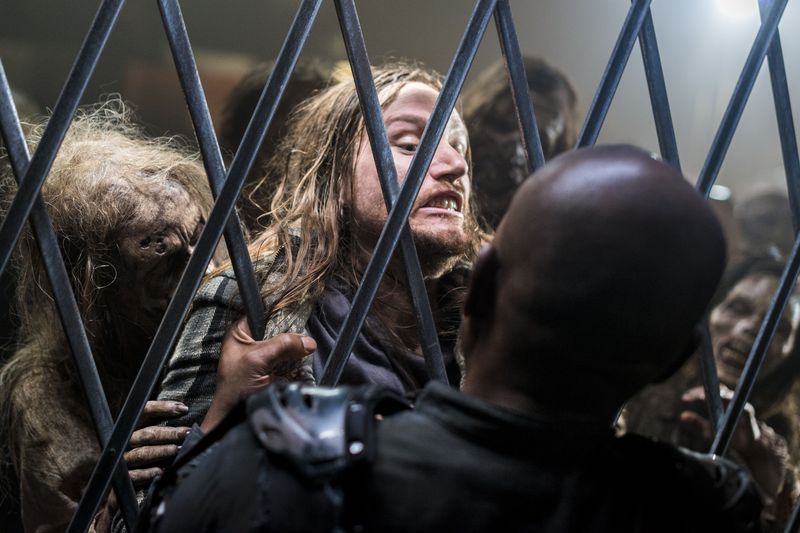 I had a hard time paying attention to some of this episode. Maybe because of the aforementioned reason of giving up a little. Rick reading Carl’s note did little for me. Carol and Ezekiel squabbled. Jadis wore flannel. By the way, ya girl has a pretty good living situation set up? It did remind me of the trailer classrooms we had set up when I was in middle school, though. Clean and utilitarian. And apparently, Tara has forgiven Dwight for shooting her with that arrow and also for killing Denise. Funny how someone saving your life can lead to pure and total forgiveness, right? Regardless, Daryl and Rosita are on a Murder Mission™, presumably to stop the Saviors and Eugene from making bullets.

I know Geekiary writer Tara launched a poll on Twitter to guess Negan’s mystery hitchhiker. Let’s be real, though. The only person missing from the warehouse Savior massacre was Gregory, that sneaky little snake. It’s more than likely Negan picked up Gregory, as opposed to another one of the Saviors.

We only have two more episodes before the season ends. Do you think they’ll be able to save it, or should they just pull the plug after season 9 and let the show sink? As my dad said, a few minutes into the episode: “I’m sure it means something to someone somewhere and maybe we’ll find out what it is before this show collapses.”

Previous:SwimWays and Kelsyus Have Got Your Summer ‘Star Wars’ and ‘Avengers’ Poolside Fun Covered!
Next: Voltron: Legendary Defender Season 1 and 2 Coming to DVD