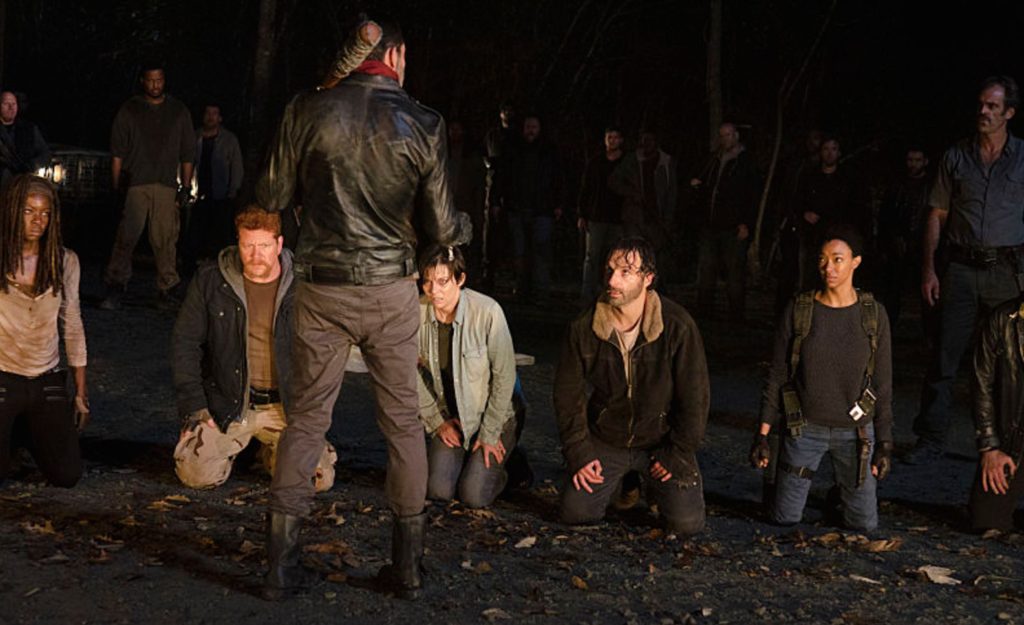 I don’t know what is happening with the TPTB involved in The Walking Dead, but I do know for sure that something is definitely wrong. They filmed 11 variations of season 7’s opening death scene and that just screams ‘confusion’ to me.

The season 6 finale understandably received a lot of backlash from fans. Even I was disappointed that the writers decided to show a death scene in such a manner. After waiting a whole season to see an iconic comic book moment (some would argue) come to life, we got nothing!

According to IGN, the TPTB over at AMC made the decision to prevent spoilers for the season 7 premiere by filming 11 different death scenes. All of the cast members involved were made to film a death-by-Lucille scene. I understand that this was done to avoid spoilers. However, there is another report that makes me think there is confusion regarding who TPTB actually want dead.

“The Walking Dead producers and the episode director will then work with the show’s editors and pick the character who does indeed die.” (via The Hollywood Reporter)

How does filming so many character deaths even begin to stop things from getting spoiled? Filming for season 7 is already underway over in Atlanta. Eager fans can easily figure out who survived by the cast present for the filming of the rest of the episodes. A few glimpses of any of the involved 11 cast members can help the fandom to start closing in on who actually died, regardless of filming different death scenes.

I’m not sure if the writers are still uncertain about who died, but I do feel that they were waiting to make a final decision while filming the season 6 finale. That is why they ended the episode in such a disappointing manner.

What do you make of reports claiming that 11 variant death scenes were filmed? Do you think it was done to avoid spoilers or was there another reason? Let us know!