I have been keeping track of Teen Wolf ratings for a while now, and things don’t look good ever since the show started airing the current season five. So, what happened?

I did a similar post talking about the low ratings for season 4. I talked about the canon being too confusing, no significant queer representation, and the powers that be (TPTB) trying to control the fandom. With season five coming to an end in a few weeks’ time, things have gone from bad to worse for Teen Wolf. The season debuted with 1.53 million views — but views have dropped to an abysmal 0.76 million for the most recent episode.

The plot for Teen Wolf season 5 seems to be all over the place. The season was divided into two parts, 5A and 5B, and viewers were expected to keep interest through the numerous flashbacks and flashforwards going on. It was in episode 16 of the 20 episode season that the timeline finally merged. Even though I have watched Teen Wolf from the beginning, trying to make sense of the timeline for sixteen whole episodes was exhausting even for me.

Also some fans didn’t warm up to the idea of the Dread Doctors, or the Steampunk Doctors as I like to call them, who seemed to appear out of nowhere. Viewers weren’t told anything important about the Doctors to make the audience care about them. They just arrived whenever convenient, continued their mysterious plans, and disappeared. I’m not even sure what their motivation is. Do they want to destroy Beacon Hills? Have they been performing all their experiments out of curiosity? Why did they create the Beast? What is their endgame? So many questions! Not enough answers!

Teen Wolf hasn’t been known for revealing important information, and it seems like fans have had enough of the same old tactic.

Teen Wolf has had a lot of main and supporting characters leave without proper explanation. It’s as if when a character leaves a show he or she isn’t mentioned again. They just cease to exist. Derek Hale mysteriously left before the start of season five, and no one knows what he has been up to. It is as if the writers don’t care about him anymore, especially when they got Braeden back without a single mention of Derek Hale. Fans have been invested in his character for four years, and it would’ve been nice hearing what happened to him, even if it was from Braeden.

An actor leaving the show doesn’t mean that their character has to disappear as well. They did the same thing with Isaac Lahey. We know he went with Chris Argent, but after that there wasn’t a single peep from him. Couldn’t Isaac stay in touch with his friends in Beacon Hills? Can’t Derek still text message or call Scott or Stiles? Peter Hale is supposed to be in Eichen House but we haven’t seen him once ever since the start of the current season, which feels strange considering almost more than half of 5B occurred in said mental facility.

CBS’s Supergirl hasn’t shown Superman’s face but at least those two are in contact with each other. Why can’t Teen Wolf do the same? It would at least give fans some sort of satisfaction knowing that their beloved characters are still part of the show’s fictional world.

When Teen Wolf started we got a few rules about werewolf eye color, wolfsbane, mountain ash, etc. However, as the seasons progressed things began to grow confusing. The eye colors didn’t seem to matter anymore, a True Alpha became a thing with its own set of problems, some supernatural creatures were immune to mountain ash, mistletoe can heal a drilled head, and so on.

Even powers that were initially linked to being a werewolf began to syphon into other creatures. Malia Tate was supposed to be a werecoyote but she was shown to have the power to take away pain. Even Hayden (Baby Selena Gomez) demonstrated this power. What is even happening in this show anymore?

Also, what is a Banshee in the Teen Wolf world? What is the extent of such a being’s power? And don’t even get me started on the whole True Alpha debacle that’s been going on.

The Ships Have Sailed for Better Seas 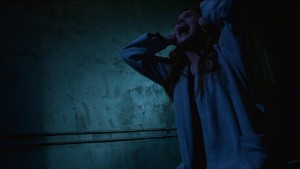 Teen Wolf has always been a mess, there’s no denying this fact. It was a cheesy show with characters that resonated with fans, and that’s what propelled it to stardom. Fans of Teen Wolf have always been vocal about their favorite ships, and their passionate projects on various social platforms helped keep Teen Wolf in the eyes of the media.

But then actors began to leave, which led to characters disappearing or dying in the show. I do feel that each exit from an actor took portions of fans with it. I know some fans who haven’t watched the show ever since Allison Argent died. While Crystal Reed did return for an episode, they didn’t tune in because she wasn’t playing Allison.

I do believe that Derek (Tyler Hoechlin) leaving the show was the last straw for a lot of Sterek shippers. If you don’t know what Sterek is, then what are you even doing reading this part of the post?

While TPTB of Teen Wolf hasn’t been treating Sterek shippers well, most shippers still kept watching the show. However, with Derek’s disappearance, and the fact that Stiles was still stuck between being with Lydia or Malia, those fans packed their bags as well.

With Sterek gone, the only remaining big ship is Stydia. If you have been keeping up with the events of the current season, there has been a lot of Stydia baiting in 5B. But I guess fans have learnt their lesson when it comes to ship-baiting in Teen Wolf, and are now leaving in droves as well.

It Is All Sabotage

There were some interesting points made by Beacon Hills After Dark about creator Jeff Davis intentionally sabotaging the show. I have also heard some other fans make the same assumption. To them, the writing has turned so bad that it can’t exist unless the team behind Teen Wolf deliberately wanted the show to fail. Do you think this assumption is true?

Season 6 of Teen Wolf has been confirmed, but will it see the light of day if the ratings keep dropping? Will MTV cancel the show without giving it a proper conclusion?

Right now the ratings for Teen Wolf are more or less the same as The Shannara Chronicles, with both shows hitting below the one million mark in viewers every week. MTV cancelled Finding Carter after season 2, which started receiving below 0.5 million views. If I were to make an educated guess, I think that MTV might go for a season 6 of Teen Wolf if the current ratings don’t drop further; however, if the views fall below the 0.5 million mark then a sixth season is very unlikely.

Why do you think the ratings for Season 5 of Teen Wolf have been dropping? Let us know!