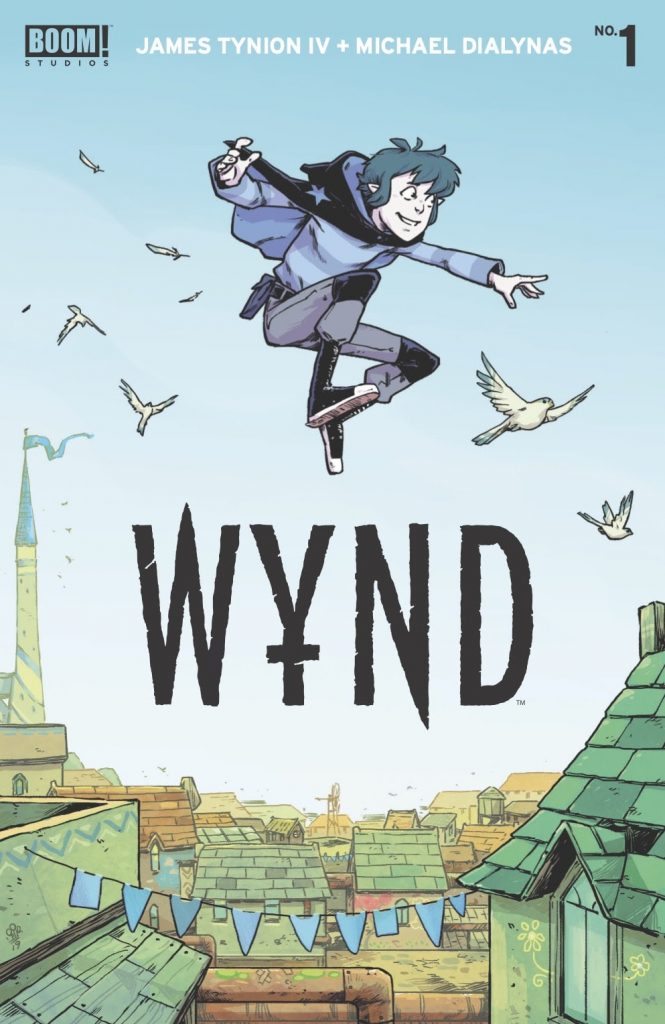 You all have a new queer-centric title to look forward to reading this Pride Month. From BOOM! Studios, Wynd Issue 1 will be released on June 17, 2020.

For those who have been keeping an eye on Wynd, BOOM! Studios recently announced that the title was going to be released as a limited-series in June. Wynd was previously supposed to come out as a three-installment series of original graphic novels in November. Considering the times we’re in, I’m open to any new content I can get!

Here are a couple of panels from the preview! 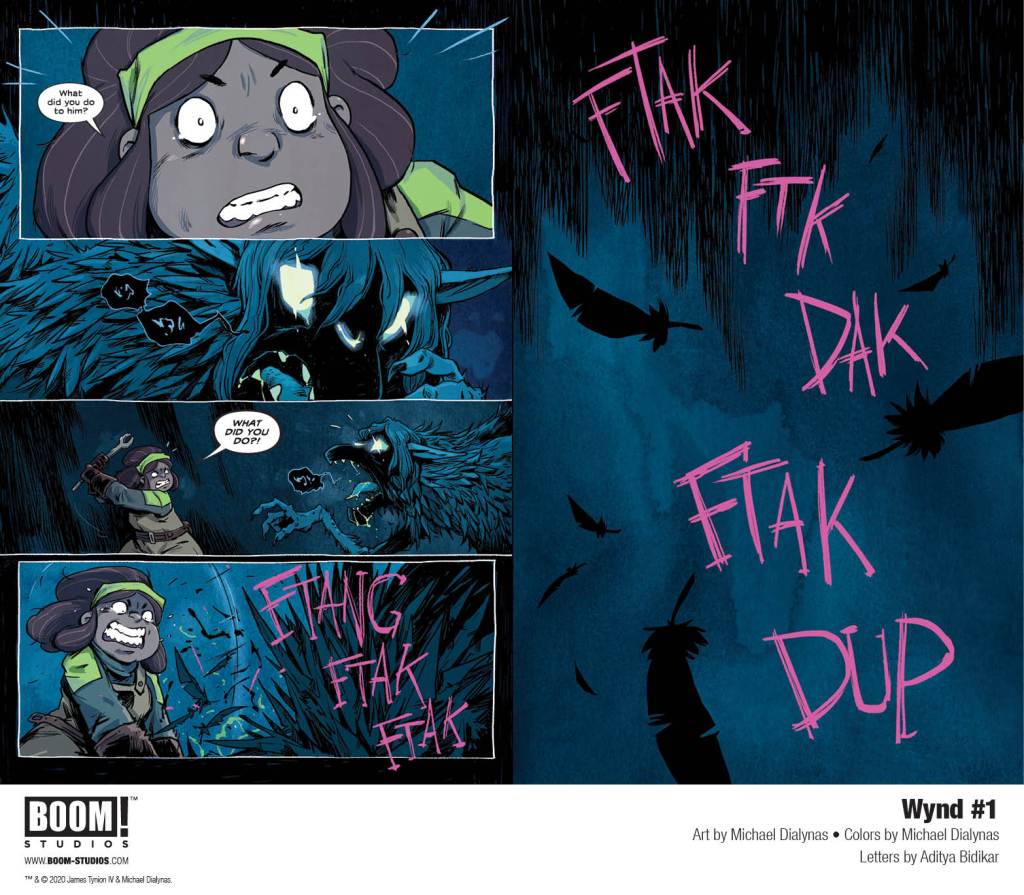 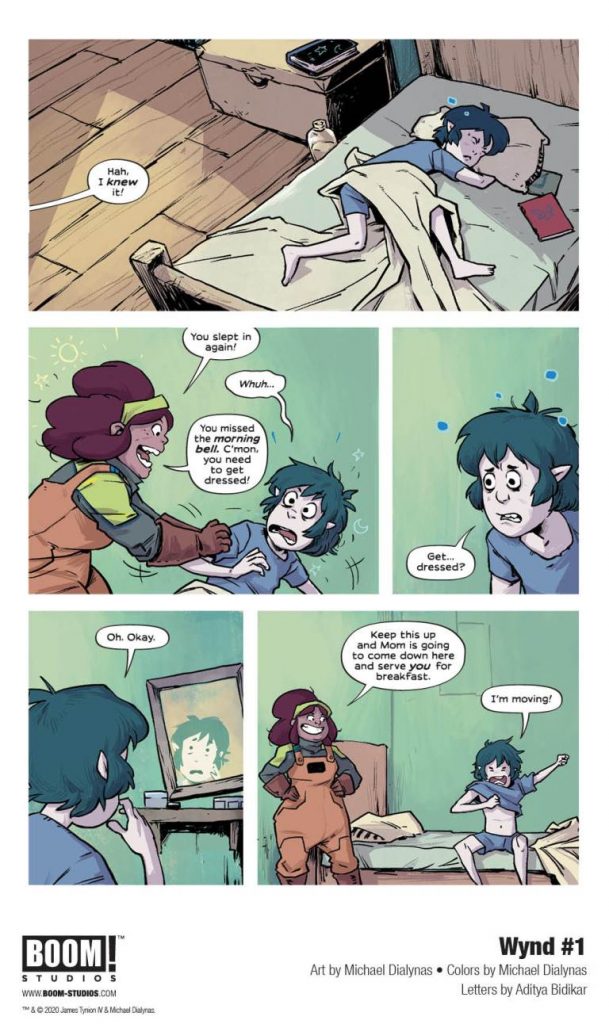 Also, due to having signed up for the weekly newsletters by Tynion IV, I have some very interesting information about the upcoming project.

This is the comic I originally referred to Project Wingboy when I kicked off this newsletter at the end of last year, for those keeping score.

I got into some of the nitty gritty back when we announced the project in January. Wynd was announced as a three book OGN series, a Young Adult Fantasy adventure. And that’s the form it had existed in for the most of the last two years, until early last week when I got wind (hahaha) that we were changing course, and we were going to be launching the book as a limited series.

This has been my dream project since I was a sophomore in high school, carrying around a thick three ring binder in my backpack with drawings of each of the main characters, and detailed descriptions of their backstories. I had three novels outlined, and prequel stories and sequel trilogies… They’d change every time I read something new.

As for the world in this project:

Wynd is the story of a world in which Magic exists, and it can CHANGE you. If you go out into the world, you’re likely to come back with a bit of the world stuck onto you. You might have grown a few branches, or have a bit of bark on your skin. The humans of this world are terrified of that magic, and they’ve outlawed it in the Human city of Pipetown. They won’t even let trees or grass grow wild, in case it infects them with the magic of the natural world.

And yes, the titular character is a young and queer:

Wynd, the character is a boy, with a bit of magic in his blood, who worries every day that he’s going to grow up into some horrifying monster. He knows the magic will spread and change him as he gets older, but he wants to stop it by any cost… He wants desperately to be normal. He has a crush on the Groundskeeper’s son, who works the Gardens up at the castle, and he dreams of a world he didn’t have pointed ears where he could go and talk to him. But life has other plans for him.

For those who don’t know, Tynion IV is also currently writing the main Batman series for DC Comics. He’s also writing, the highly-enjoyable, Something is Killing the Children.

Of course, I will be picking up Wynd Issue 1.

If you won’t be able to visit a local comic shop (yet), you should be able to buy a copy digitally on ComiXology, iBooks, Google Play, and more.