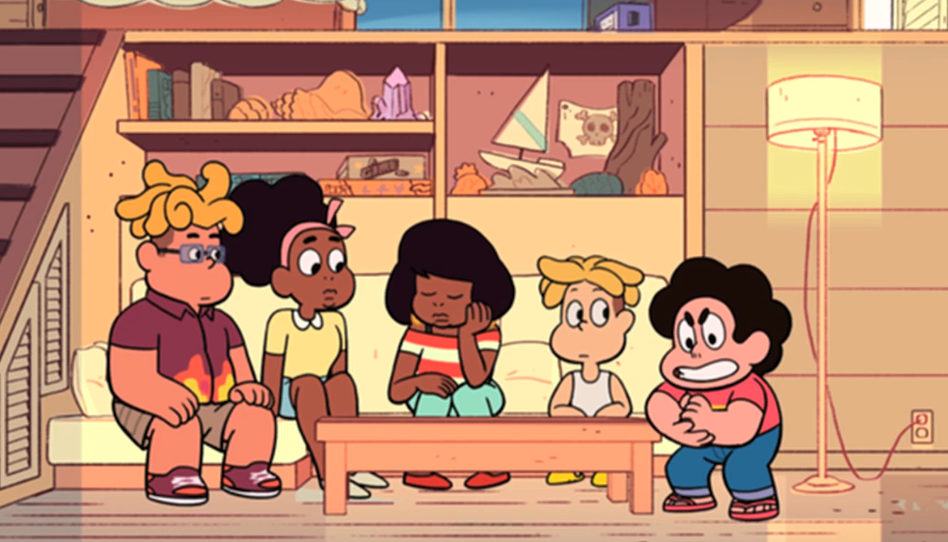 Among the high-stakes interstellar adventures and the deep-seated emotional issues the main cast of Steven Universe tackle with, it can sometimes be forgotten that Steven isn’t just a Gem – he’s also a human, and a kid at that. “Restaurant Wars” is a nice break focusing on that side of Steven, and it is also quite possibly the silliest episode in the show’s repertoire yet. 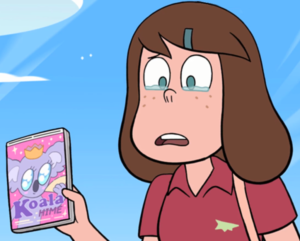 The main conflict of “Restaurant Wars” is a very cartoony, larger than life one, with Steven accidentally sparking a competition between Fish Stew Pizza and the Fry Shack. This competition is then treated with the gravity of an actual real life war. Kofi and Fryman are both over-the-top and bombastic, and it’s nice to see them get some focus. It’s even nicer to get focus on their children. Even against such a surreal backdrop, Steven Universe excels at making its characters feel real. The sisterly banter between Jenny and Kiki, Peedee’s dry sarcasm, the fact that Ronaldo has (or rather, had) a girlfriend… They’re all nice human touches, and it’s great to see them all working together with Steven.

Considering tomorrow night’s episode is “Kiki’s Delivery Service,” we can hope to see more of the Pizza twins soon. As for the Fryman boys (Fryboys?), it was great to see Ronaldo being helpful, playful, and have more veracity of character than his usual conspiracy nut schtick. As for Peedee, it was good to see him in general –  he hasn’t gotten lines since “Rising Tides, Crashing Skies,” which aired over a year ago during the second Stevenbomb. Now if we can just get a Nanefua episode, we’ll be all set! 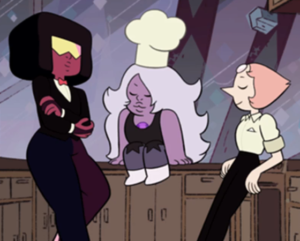 Going back to Steven himself, he really is coming into his own as a leader. He still has a ways to go of course (a good leader has to learn not to dismiss a person’s concerns about a plan, even if that person is Ronaldo), but he still showed a lot of maturity in “Restaurant Wars” as he took it upon himself to fix the mistake he’d inadvertently made. Even the Gems were happy to go along with his schemes this episode…although maybe Garnet just wanted an excuse to get on board the tuxedo train (Diamonds bless the Crewniverse for making that canon). Since Steven will almost certainly be tasked with bridging the gap between humans and the Gems, it’s a good thing that he’s getting some lighter-stakes chances to brush up on his conflict resolution skills. Plus, the Steven’s Summer Adventure event has so far seen Steven exploring a lot of his magical abilities. To see him flexing his ordinary diplomatic capabilities gets me just as hyped as seeing him learn how to float.

Sometimes it’s a relief to slow down and just spend quality time with the characters of Steven Universe. Unlike “The Answer,” “Restaurant Wars” isn’t going to get nominated for an Emmy. But it will bring the laughter (“I love you with all of my blog!”) and perhaps some belly rumbles (I’m ambivalent about the french fry pizza with a french fried crust and twice-baked french fries on the side, but the pizza bits looked delicious).

Most important of all: There’s a new ship in town I like to call Fryza (Fryman x Kofi Pizza)  #NoMomsJustDads. 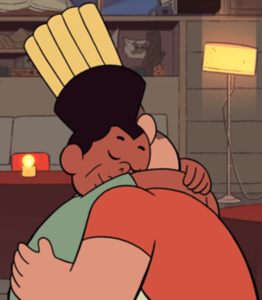