Boruto: Naruto Next Generations 1×34 Review: The Night of The Shooting Stars 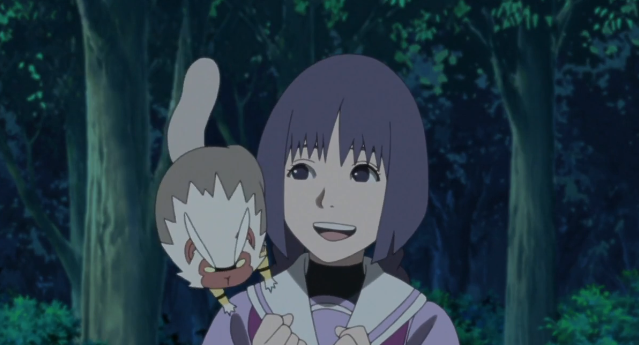 The Boruto anime delivered another enjoyable episode this week. ‘The Night of The Shooting Stars’ was about Boruto trying to find a way to spend time with his friends before graduation.

The fear of losing your friends once you graduate from an academic establishment is real. So, it was interesting to see Boruto going through the same anxiety as his graduation day drew closer. I think that ‘The Night of The Shooting Stars’ will feel relatable to a lot of people, and that’s also what helped make it an enjoyable episode.

Boruto is a character that finds it easy to become friends with everyone because of his playful nature. For him, friendship is meant to last forever. And while we did see Boruto trying to bring his friends together for a camping trip, during the episode our young hero realized that growing up, unfortunately, includes drifting apart from others.

Salad also had an interesting conversation with Sakura about whether or not some friendships are supposed to last. As far as Sakura is concerned, she’s still friends with people she knew when she was young. However, thinking that every friendship is supposed to be eternal isn’t the best of thoughts to have.

Another thing that I liked about ‘The Night of The Shooting Stars’ is how it addressed Sumire and the Nue. Turns out that the Nue has become a baby and Sumire is able to summon it. While I still think everyone forgave Sumire too quickly for trying to destroy the village, it was cool to see her raising Nue properly and not as a weapon.

Characters like Denki, Iwabe, and Sumire haven’t appeared in the manga series. So, I’m interested in seeing whether they’ll leave the anime or if the manga will decide to mention them down the line.

Toneri also appeared in this episode. I don’t know what destiny Boruto is supposed to fulfill, but I’m excited about it.

What did you think of the Boruto anime this week? Did you enjoy ‘The Night of The Shooting Stars’? Let us know.