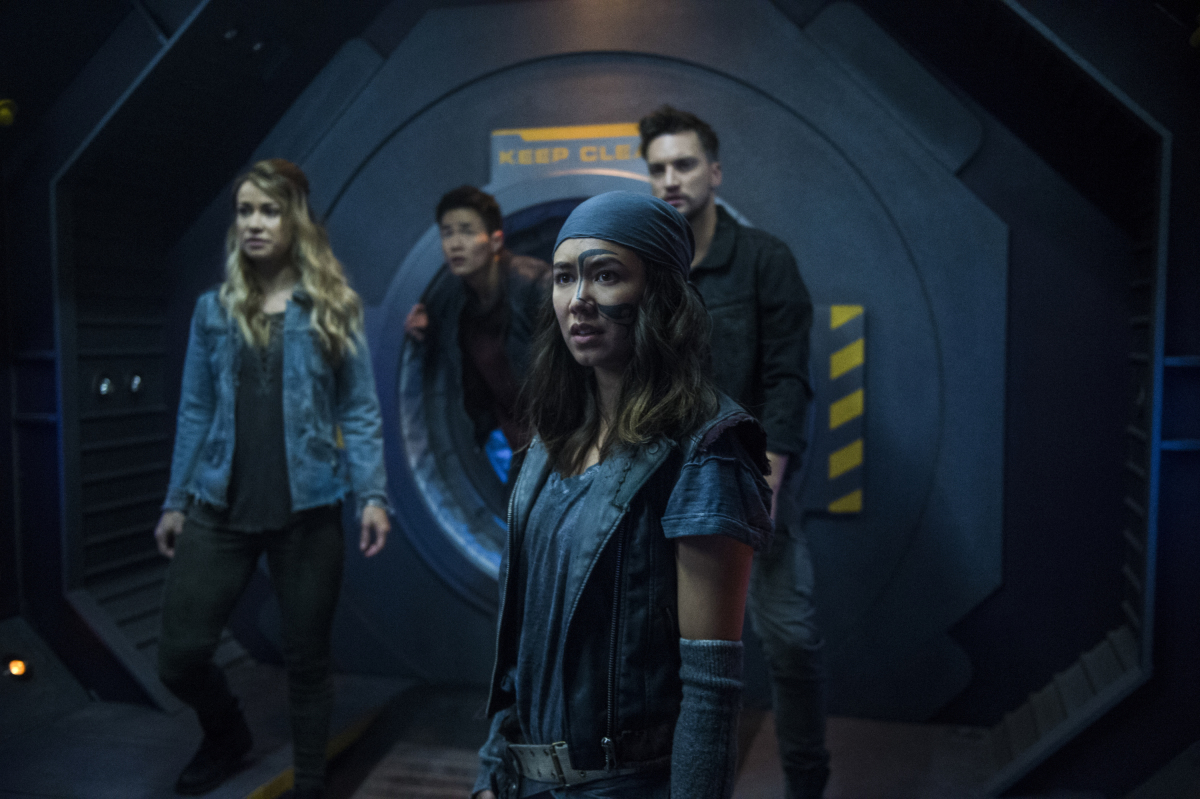 “Sleeping Giants” focuses heavily on our intrepid space crew, with a few asides to check in on Clarke and the prisoners.  There is some great stuff in this episode, including a long-awaited reunion.

‘Sleeping Giants’ is, perhaps, a fairly literal title for this week’s episode. Until about halfway through, I thought of the quote from Japanese Admiral Isoroku Yamamoto about the attack on Pearl Harbor. Nope! Turns out they’re referring to the prisoners who are sleeping. I mean, I’m sure the metaphorical title is apropos as well, but still. An actual sleeping giant, and a tough one at that, considering Echo actually stabs him with a damn sword and he still won’t die. 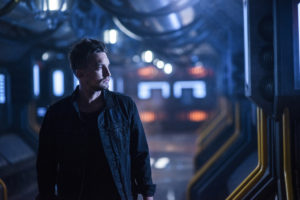 This leads to the kind of philosophical discussion I’m sure everyone missed so much, being the only seven people in space: whether or not they should kill all of the prisoners still in cryosleep or not. Bellamy and Murphy both argue their points, and both bring up Clarke when they do. Murphy points out that Clarke died so that they would survive, and they need to do what they can to make that happen. Bellamy argues that Clarke didn’t die so that they could make the same mistakes. They eventually decide to hold the prisoners hostage, a decision I’m not sure I necessarily agree with. It did take three of them to kill one, and this is a crew populated solely by what seems like the worst kind of criminal. Criminals are people, too, but their first instinct on landing and finding a little kid was to kill her. Charmaine sounds all reasonable and everything until you realize she’s kind of a sociopath.

Unfortunately, someone has to stay behind on the ship to make sure the rest of them follow through, and Raven determines that it should be her. Surprisingly, Murphy decides to stay back with her, but only because Raven lied about an escape pod. Murphy screwing himself over to be kind of a jerk to his ex-girlfriend is just such a Murphy thing to do. This opens the series up for some good Murphy/Raven interaction, something that I’ve been kind of excited about since Richard Harmon talked about it at SDCC last summer.

The parallels between this season and season 1 are off the charts. I mentioned this in my review of last season’s finale, but “Sleeping Giants” really hammers that point home. Clarke is now in place of Lincoln, being captured and tortured for information, pretending not to understand what they’re saying. Charmaine even talks about how they were just trying to get home, and then they got attacked, which is what happened to Skaikru. Of course, the Elgius prisoners tried to kill a little girl, so it’s not a complete parallel, but it’s pretty damn close. Zeke is even giving me some serious S1!Clarke feels. 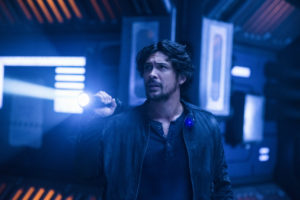 Of course, my favorite part of this episode is Bellamy and everyone finding out that Clarke’s alive. I’m anticipating a big reunion scene when Clarke’s life isn’t in danger, but I honestly couldn’t have asked for a better moment, what with Madi coming in and saving the day like a boss. I’m sure she and Clarke must have trained in the past 6 years, but this girl is pretty good at fighting, considering she’s been one of the only two people on the planet. Also, Bellamy strolling into an armed and dangerous situation like it’s just another day.

Honestly, this was a pretty great episode. I’m not all that interested in what’s going on in the bunker, so “Sleeping Giants” is probably as good as it’s going to get for me. We got the reunion I’ve been waiting months for, information about the prisoners, and some pretty great one-liners. “Tell me how the world ended.” “Which time?”

Now that The 100 has definitely been renewed for season 6, I feel a little less tension about the fate of all of the characters. With Jaha’s death last week, and Raven and Murphy stuck on a ship with a bunch of sleeping prisoners, we can’t make any assumptions. But someone’s going to make it, at least.

I don’t know, you guys, I had a lot of feelings about this episode. What did you guys think of “Sleeping Giants”?

Previous:‘Scotty and the Secret History of Hollywood’ Opening This July!
Next: Laika’s Fifth Film ‘Missing Link’ Has a Star-Studded Cast! Eyeing 2019 Release!