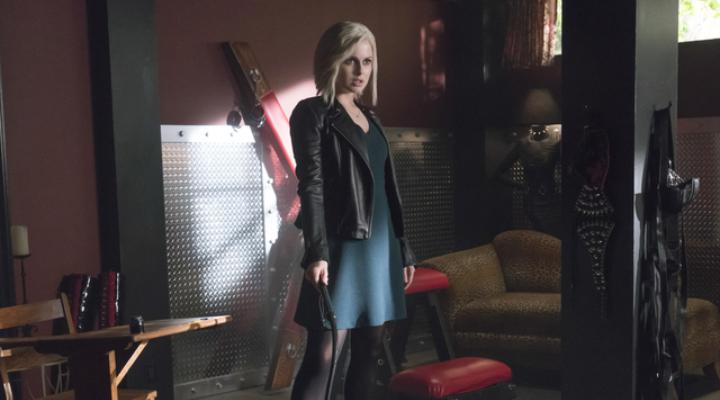 While I have my qualms about some of the iZombie season three plot points, it’s hard not to throw those feelings out the window after amazing episodes like this week’s “Spanking the Zombie”. 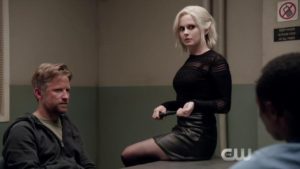 Speaking of the killer, what he said after he confessed to the crime left me really curious about why he really murdered Sweet Lady Pain. Obviously the chances of us ever finding out the actual reason are basically nonexistent, but that doesn’t mean not knowing isn’t going to bug me!

Now, one thing that I love about iZombie is how well this show juggles multiple plots. It’s rare that an episode fails to do it and do it well, and “Spanking the Zombie” was no exception. We got to see Liv experience a pretty cool brain and solve a crime, but along the way Fillmore Graves also helped her with zombie/chaos theorist Harley Johns, inviting him to their offices under the guise of picking up a check for his brother’s death so that they could then bug his car…a bug that immediately revealed that he and his zombie apocalypse message board buddies essentially know that the Chaos Killer victims are zombies.

And as for the Chaos Killer himself (that being Major, of course), he was finally forced to take the current version of the cure, which means that soon enough – perhaps even next week – he’ll no longer be the Major we know. I’d add ‘and love’ to that but honestly I’ve never been overly fond of Major – so I’m actually interested in seeing where they take his character from here…and sure, I’ll admit that even though I haven’t been a big fan of Major, that final scene between him and Liv (and Ravi’s struggles with the situation as well) was pretty damn heart-wrenching.

In conclusion, “Spanking the Zombie” included a couple other plot points of note. First, while I’m still not clear on exactly how the whole “Scratching Post” thing is going to add to the story, I liked that Don E didn’t just make his stoner buddy Tanner a zombie, but rather *recruited* him to be one. Who knows if Don E will stay on the up-and-up, but you know what? I’m kind of hoping he does. 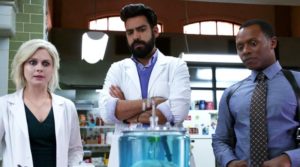 Additionally, I’m very interested in seeing if they go any farther with the idea that Ravi’s blue juice actually enhances the brain visions. It certainly seemed to help in this episode, but if Liv has to eat a more problematic brain, I’m not sure that reaction would be a good thing. I can’t imagine that the writers would introduce a development like this and leave it up in the air, though, so hopefully we’ll see more of it!

What did you think of “Spanking the Zombie”? Do you agree that it was a great addition to the season three episode roster? Let us know in the comments!