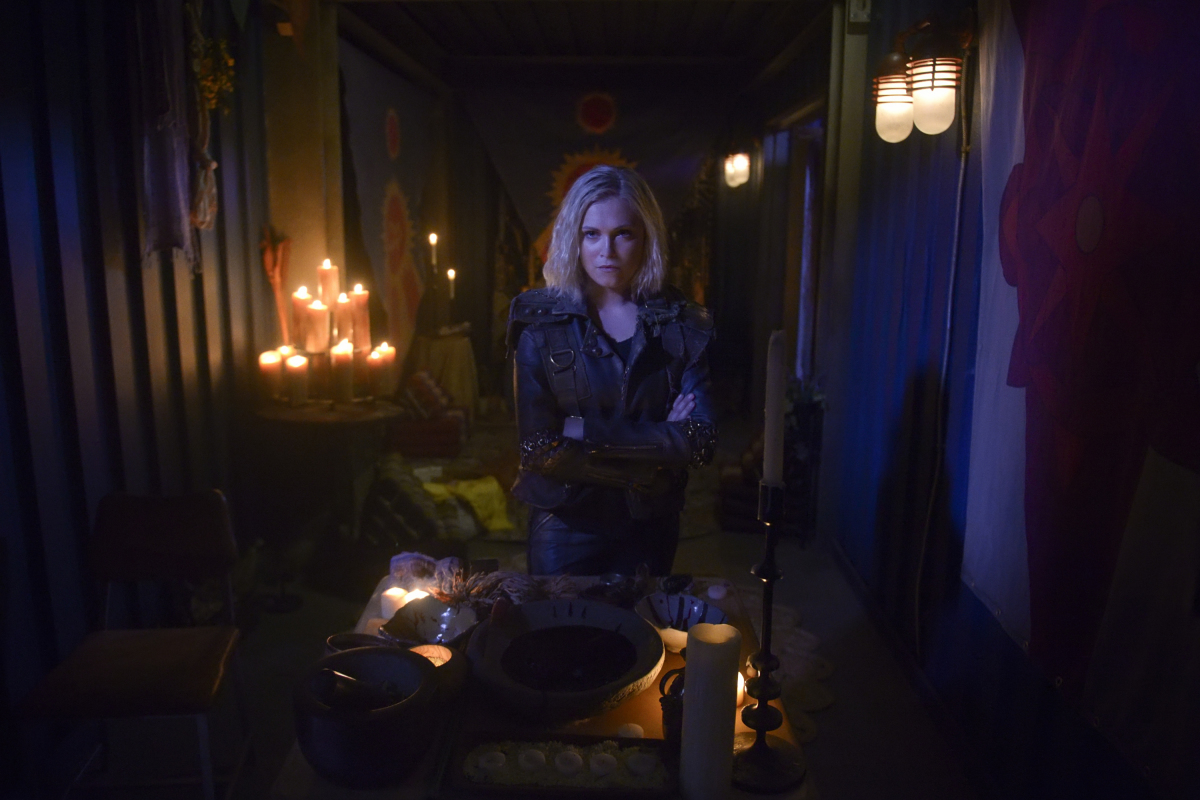 Skaikru is finally starting to get suspicious of paradise in “The Gospel of Josephine”, and the investigation into the secrets of Sanctum has begun. But they are unaware that one of their own is no longer one of their own.

Honestly, it took everyone long enough to wonder what was going on. “Restraint” has never really been in this group’s vocabulary. Jordan, naturally, is the first one to question things in “The Gospel of Josephine”, because he knew Delilah (I mean, as much as you can know someone after like two days) and he can tell that something is wrong. No one else is willing to rock the boat, but when Gaia gets worried about what a society that worships Nightbloods will do to Madi, she accompanies Jordan when he breaks into the temple.

The Mount Weather vibes multiply exponentially in this episode, because what they find in the lab is disturbing. The Primes are eerily similar to the Mountain Men, in that they only care about their survival and no one else’s. They have created a society that worships them as gods so that people will willingly sacrifice their consciousness. Gabriel spent 25 years trying to bring Josephine back after Russell’s red-sun-rage-filled murder spree, and from the video logs he left, it looks like it wasn’t an easy time. Jordan, Gaia, and Bellamy are appalled by what they see, but Murphy is strangely intrigued. After his near-death experience, he seems to be worried about the state of his soul, and he likes the idea of never actually dying. 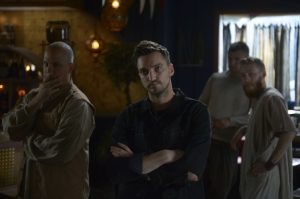 I’m not at all surprised that Josephine barely made it an entire episode without someone (Bellamy, naturally) figuring out that she wasn’t Clarke, but I am a little surprised that it took as long as it did. Between sending Madi to school after being so opposed to it, using her right hand when she’s left-handed, and calling Murphy “John”, among other things, everyone was suspicious of her. But now that Josephine knows that people are suspicious, she goes to get a tutor.

“The Gospel of Josephine” wants you to believe that Murphy will sell out his friends to help the Primes. It’s true that he’s interested in immortality, and he’s always had a dubious moral code. But he’s grown a lot over the series – and in the six years we didn’t see – and he is a lot smarter than he lets on. I think he intends to play both sides. He of all people knows what’s involved in making Nightbloods, and he has to know that the Primes wouldn’t hand that out to just anyone. He’ll probably help Josephine then end up betraying her to save the others.

Elsewhere, Diyoza and Octavia are on Xavier’s tail but get stuck in some kind of quicksand-type patch. Xavier wants information, and as they sink further, Diyoza is more than willing to give it to him. But before they can tell him anything, a temporal anomaly hits. Unable to move, Octavia tells Diyoza to save her baby, and she sinks into the quicksand. Diyoza comes back to free Octavia and finds that the sand has turned to glass. When she frees Octavia, Octavia notices that her one hand has been aged.

So with the information given to us in “The Gospel of Josephine”, we have to wonder what will be important when it comes to saving Clarke. The temporal anomaly, surely, or they wouldn’t have bothered including it. The Children of Gabriel, clearly, as Gabriel most likely rebelled against the Primes eventually and passed down vital information. Not to mention, there are theories that Xavier may have Gabriel’s memory drive. The flame, possibly, as it is able to connect with the wearer’s conscious without overriding it the way the Primes’ do.

Season 6 is getting very interesting. I’m really glad I decided to give this show another chance.

Have you seen “The Gospel of Josephine”? What did you think?