The Walking Dead 6×9 Review: No Way Out 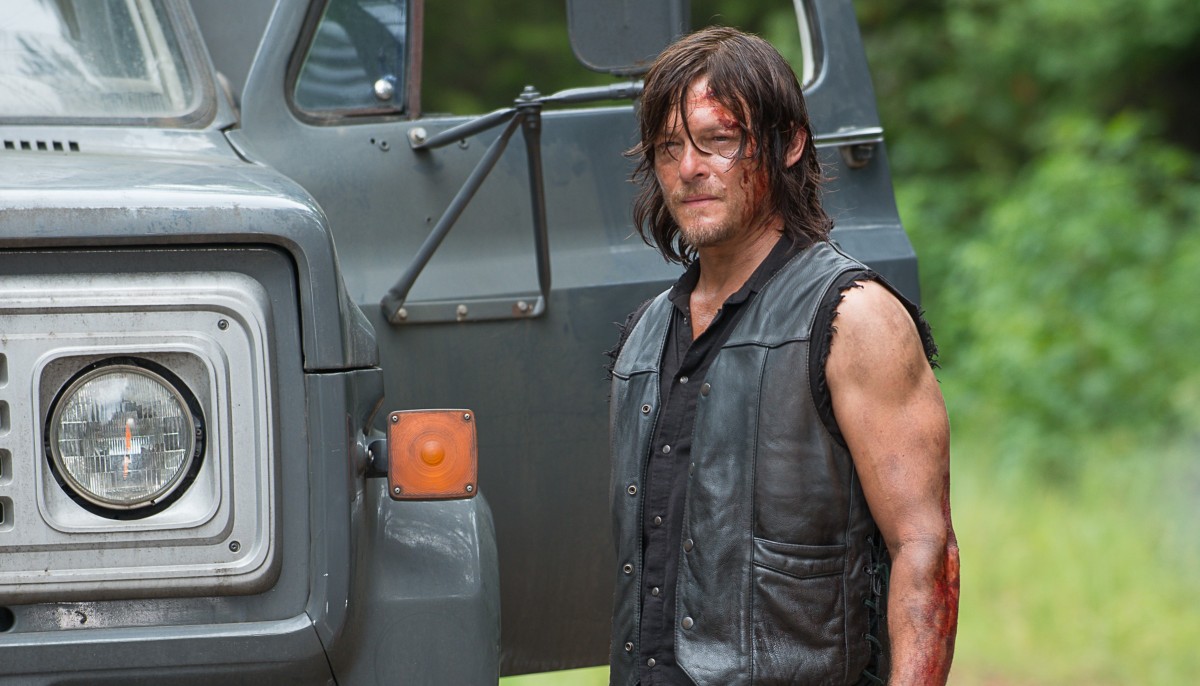 For an episode that turned out pretty good in the end, “No Way Out” had a really weak beginning. 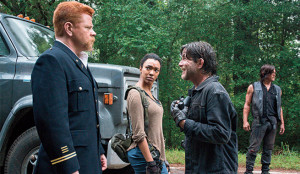 Seriously though, as midseason premieres of The Walking Dead go, “No Way Out” was one of the better examples…but man, those first couple of scenes. The episode opened by replaying the conclusion that we had to wait through part of Into the Badlands to see back in November, which was definitely an eye roll moment for me…but the tension of whether or not they were going to kill either Abraham or Sasha was great, and then Daryl saving the day with the RPG was just perfection.

Unfortunately “No Way Out” took another step back after the credits and first commercial break. Back in Alexandria it seemed we were getting a bit of a replay of what happened there at the end of “Start to Finish”…but unless I missed something (and I don’t think I did) Sam wasn’t calling out to Jessie? So um…what happened there, Walking Dead? Was that imagined back in the midseason finale, or was this just a stupid mistake on the writers’/editors’ part? 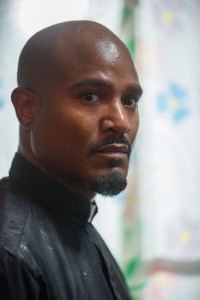 Regardless, it was pretty obvious to me that things wouldn’t end well for everyone in this situation. I was pleasantly surprised regarding everything that happened with Gabriel – him taking Judith and actually keeping her safe, and his later call to arms, saying that they’d been praying to God to save Alexandria and their prayers had been answered with God giving them the courage to save it themselves (yeah I know, I’m sort of paraphrasing here). I’m not exactly a Gabriel fan, but I like that they haven’t shoved him into the background just yet.

It was even more worrisome, though, when Rick took Sam’s hand and Carl took Ron’s. As a comic reader, I knew what could come next…but as we know, they don’t exactly follow the comics on this show much. At all. And considering they seemed to have undone/put off Sam freaking out despite what happened in “Start to Finish”, I was actually a bit shocked when they went through with Carl’s, err, fate. Despite being a TWD comic book reader and basically knowing what was going to happen, it was still a tense scene, with Sam freaking out and almost immediately getting attacked, Jessie basically giving up and going down as well (though, seriously, ugh about Rick’s flashbacks regarding her, so cheesy), Rick having to chop off her arm to save Carl, Ron shooting Carl in the eye, and Michonne killing Ron. The editing for this particular sequence was actually great, because for a moment I actually thought they hadn’t gone through with the whole Carl-getting-shot thing. 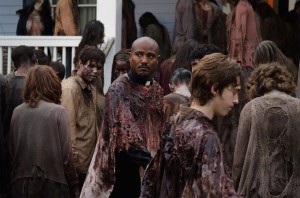 But they did it! They did the thing! Granted it seems that they didn’t make quite a much of a mess of his head as they do in the comics, probably because that would be a makeup nightmare, but I’m glad this is one plot point they didn’t throw out the window because it really shapes who Carl becomes as the story progresses.

Meanwhile, Rosita is awesome! I really felt for Tara regarding what was going on with Denise, but Rosita absolutely had it right when she said that there wasn’t anything they could do at that time – and that the Wolf guy needed Denise anyway. And I loved that that turned out all right in the end, at least in terms of Denise surviving. (Though to be fair, I’m not sure they could have done it any other way, logistically; otherwise, who would have helped Carl?)

Seriously, though, WTF Morgan. Like for a moment there when the Wolf guy actually turned back for Denise and she offered to save him (we must assume by cutting off his arm), she never would have been in that mess in the first place if Morgan hadn’t insisted on keeping that dude alive. Even so, I think it’s a[n albeit rare] testament to the times when the Walking Dead writers do something right, that Denise was going to try to keep this horrible person alive because he did actually rescue her, no matter his reasoning – to the point where I was almost disappointed when Carol took him out…though not completely, because he did turn into a zombie and Morgan had to bash his head in anyway. I suppose they meant this to be a “full circle” sort of thing, but the fact that after everything Morgan was still apologizing to zombie Wolf guy doesn’t exactly bode well, in my opinion.

On the other hand, while I wasn’t exactly fond or sure of Enid at first, it appears that this show does one thing pretty well – that being their original characters. Daryl is not only a fan favorite but a well-rounded addition to the crew, and after “No Way Out” I’m beginning to feel that Enid may be the same. During her first scene with Glenn in this episode I wasn’t quite sure what to think, but as things moved forward I loved how she actually bonded with Glenn and helped save Maggie. 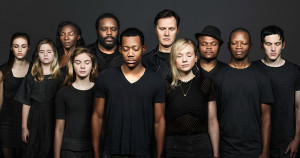 Glenn, on the other hand…I’m honestly so tired of where they’re going with his character. Constantly keeping us on the edge of our seats regarding his life (I mean, to the point of even fake killing him off earlier this season) is one thing, but then when he went on his diatribe about all the people he’s lost and mentioned literally everyone BUT Beth? Come on! She was his sister-in-law! She was with them as long as Hershel was, about as long as Andrea, and longer than Tyreese, yet she’s persona non grata when he talks about the people he loved who made him what he is and are still a part of him? Grrr. (No literally, I can’t form any words, just GRRR. Oh and he also didn’t mention Noah, so yeah, great job there writers.)

Anyway, it was great to see how many members of the community were actually safe, including Heath, Aaron, Eric, and oh yeah, a bunch of nameless people who probably won’t last the season. Or maybe they’ll be recast? Seriously, I don’t remember ever seeing most of those people who were hiding out in the church. But between Rick and Gabriel most of them ended up out in the streets fighting the walkers, which was kind of great, even if I was more than a little worried that some of them wouldn’t survive (unless I missed something, though, all of them did).

Of course that probably wouldn’t have happened if Abraham, Daryl, and Sasha hadn’t arrived just in time to save Glenn and distract the zombies with a lake of fire. It’s going to be interesting to see how much of Alexandria has actually survived this whole ordeal (in terms of fences and buildings, I mean) and how soon Negan will show up considering Daryl blew up over half a dozen of his men. But for now it seems pretty clear that “No Way Out” was one of the more uplifting midseason premieres that The Walking Dead has ever produced – especially considering that they made it clear in the end that Carl wasn’t dead.

And despite the fast, jerky, badly done editing of The Group and some Alexandrites (sp?) killing off zombies, at least Rick finally understands that the people from Alexandria can learn. He seems to sincerely believe in this community, now, and I for one am interested to see where they go from here (especially as it pertains to the comics).

Did you enjoy the midseason premiere of The Walking Dead? Are you ready for the next seven episodes? Let us know in the comments!