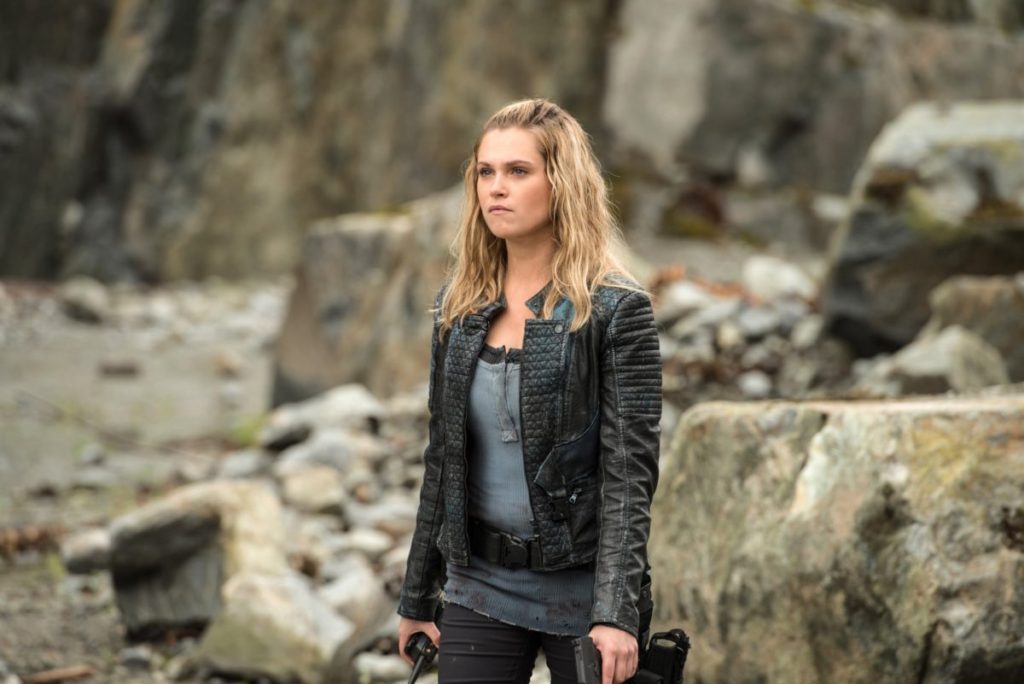 Well. Apparently the writers didn’t think the characters had enough to deal with. After the tentative hope that’s been building for the past two episodes, in “The Tinder Box” their hope blew up in their faces. Literally.

Perhaps I should start paying attention to episode titles before it’s time to write my reviews, because if I had known the title of this episode was “The Tinder Box”, I might not have been so surprised by Arkadia exploding at the end. As it was, Ilian continued to prove he’s the worst ever by rescuing Octavia solely so that he can enter Arkadia and destroy whatever tech he finds. It isn’t until he is actually stealing some that he realizes the entire structure is tech, so he just decides to blow the whole thing up. Which begs the question, what do they do now? Forget about the radiation for a minute, where are they going to live?

I’m not sure what to think of Ilian, or even what we’re supposed to think of Ilian. I found his introduction ridiculous and unnecessary, and I feel like his existence is just another plot that this show doesn’t need. If there isn’t enough conflict to be found in humanity having only months left to live, AND trying to keep a king on the throne so that his clan doesn’t wipe you out before then, then the writers should consider new jobs. You don’t need to toss in some poor, traumatized boy trying to avenge the deaths of his family. If he doesn’t end up being important in some way during the season, I’m going to be angry.

Someone else who needs a purpose pretty quickly is Riley. Who even is this kid? They brought him in and tried to make him important by being friends with everyone, but it bothers me that they haven’t addressed how he knows them. Bellamy is six years older than the delinquents and Clarke is from an entirely different social circle, yet they both know this random kid from Farm Station. Are we supposed 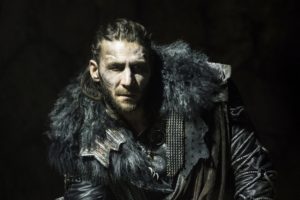 to care about him because of this? Because I don’t, especially when he was going to jeopardize everything by shooting Roan, who literally is the one person from Ice Nation who had nothing to do with their imprisonment.

Speaking of Roan, it’s kind of nice to see him actually doing something. Sometimes I feel like all he does is fret about stuff, even though I know that isn’t the case. I found him very kingly in “The Tinder Box”. I appreciate that Clarke has, you know, morals and stuff, but I’ve often thought that Clarke trying to apply Ark thinking to a Grounder situation is just naïve. There are times that she should yield to people who actually know what things are like on the ground. Her optimism can be charming, but sometimes she needs a dose of reality. Roan, I think, is a good balance for her; Lexa was as well, but Lexa was also concerned with maintaining a personal relationship with Clarke and was willing to compromise her thinking more. Roan has no such compunction.

The piece of ALIE/Becca that was left in Raven’s brain made itself known in a big way in “The Tinder Box”. The episode opened with what we later discover was a seizure-induced hallucination of Raven experience zero-g in the lab while Jackson and Abby sat there unaware. This “vision” later allows Raven to figure out that in order to manufacture nightblood, they need to be in space. Conveniently, she is also able to locate a rocket that will allow them to do this very thing. 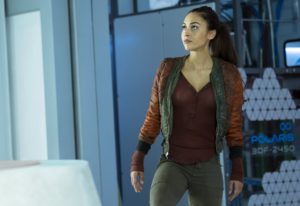 And, because Raven can never have nice things, Abby and Jackson do a brain scan and discover a dark spot that is probably a stroke. Abby worries that Raven going at the speed that she has been will kill her, and I’ll admit that I’m a little worried myself. Abby tells Raven, “It could kill you.” And Raven questions, “Could or will?” Abby’s lack of a response could mean that it will kill her, and she doesn’t want to say it out loud, or the silence could mean that she doesn’t know. Raven, however, decides that she isn’t going to let everyone else die, even if it kills her.

Jackson suggests that Abby get a scan as well and she refuses. I suspected it was because she already knew that something was wrong and didn’t want Jackson to know, and this was confirmed at the end of the episode when she had a vision of an irradiated Clarke telling her that time was running out. But now I’m confused – why is it only Raven and Abby who are affected this way? Raven says that she felt ALIE’s chip react differently, hence the piece of Becca/ALIE in her brain, but why? Will we ever get an answer?

What did you guys think of “The Tinder Box”?