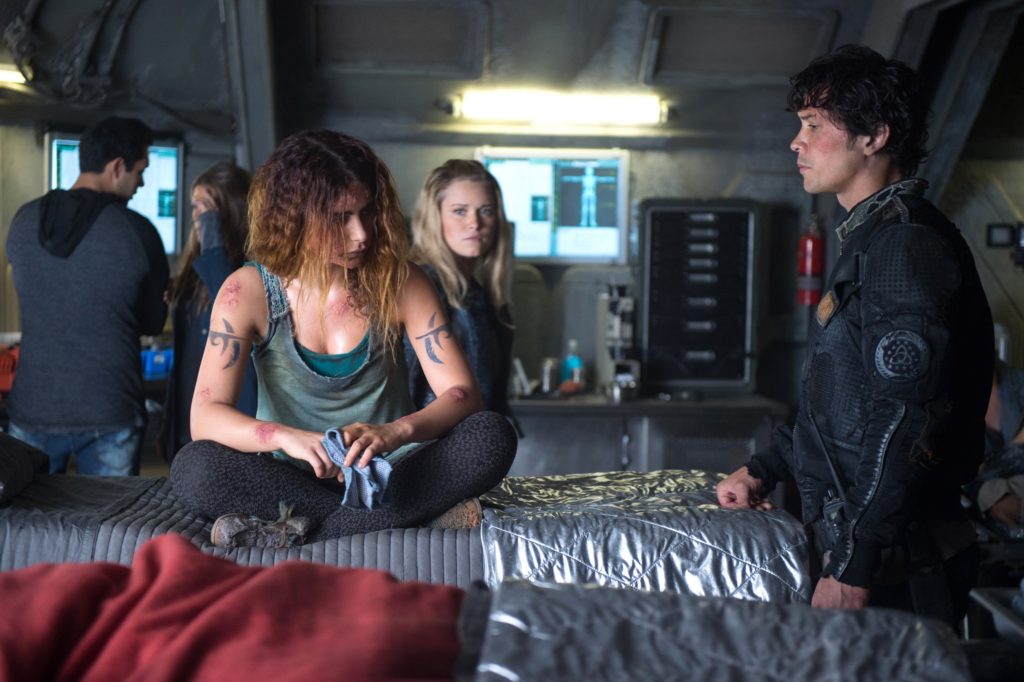 In true The 100 fashion, “The Four Horsemen” introduced a glimmer of hope and then cruelly snatched it away. But all may not yet be lost. The question is, do they have enough time?

First things first, we absolutely must discuss the return of Luna. I was worried until the very end that they had only brought Luna back to kill her; considering they created a girlfriend for Bellamy just to kill her off and give him enough manpain to side with Pike last season, I wouldn’t put anything past The 100 anymore. But no, thankfully, “The Four Horsemen” didn’t go down that particular path. Instead, Luna may be the key to everything. Even though all of her people succumbed to radiation poisoning, Luna survived, and it probably has something to do with her nightblood. Now, do Abby, Jackson, and Clarke have enough time, skill, and supplies to use that to their advantage?

I really wish everyone would stop dumping on Raven. The 100 is a show where people are put in no-win situations and forced to make awful choices. Raven is focused on making sure they survive long-term, and everyone seems to be undermining that. She tasks Bellamy and the others to bring her back a hydrogenerator, and they blow it up. Yes, it was for a good reason, but everyone just keeps saying “we’ll find another way” and no one seems to actually be doing it except Raven (and, oddly enough, Jaha). They put her in charge of rationing their supplies and then basically ignore her; I’ve significantly warmed up to Abby after season 1, but I wanted to smack her when she told Raven that she was killing a little girl. No, Abby, it was still the radiation. 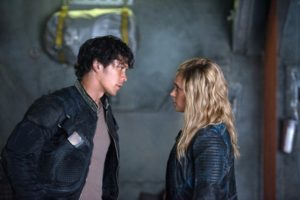 No one really gets a pass on this show. Clarke and Bellamy have had to make some terrible decisions, and they get punished by other characters and by their own guilt. Jasper and Monty’s relationship is still strained because of what happened in Mount Weather at the end of season 2. There is a lot of blame on Jaha for his choices when he was Chancellor as well as that whole hullabaloo with the City of Light.  I’m pretty sure we all hated Jaha in seasons 1 and 3, and now the others – primarily Clarke and Bellamy – are forced to make the same kind of choices. (I still kind of hate Jaha, but, like, I get it now.) And it was Raven who tasked Clarke with making the list of people who would be saved in the ship (“you’re good at that”, ouch), so she shouldn’t be immune to the shaming. However, she was placed in that position by the others, and when she actually does what they ask her to do, they make her feel guilty for it, which is kind of a low blow. I will say this, kudos to Lindsey Morgan for a stellar performance, especially the scene in the infirmary near the end of the episode.

Speaking of the list, both Bellamy and Clarke are self-sacrificing idiots. On a show like The 100, there should really be no such thing as plot armor, but I’d be willing to bet a considerable amount of money I don’t have that those two make it to the end. However, they’ve both proven on multiple occasions that they are willing to die for their people. Bellamy’s declaration that he wouldn’t be on the ship at the beginning of “The Four Horsemen”, followed by Clarke not even wanting to write down her own name and Bellamy doing it for her (“If I’m on that list, you’re on that list”). I think they’re both trying to atone for the choices they have had to make and volunteering to die is how they plan to do it; they just don’t want the other to have to do the same thing. 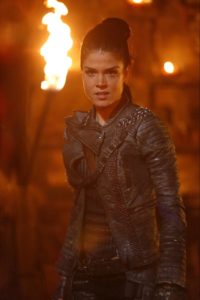 What did you guys think of “The Four Horsemen”?