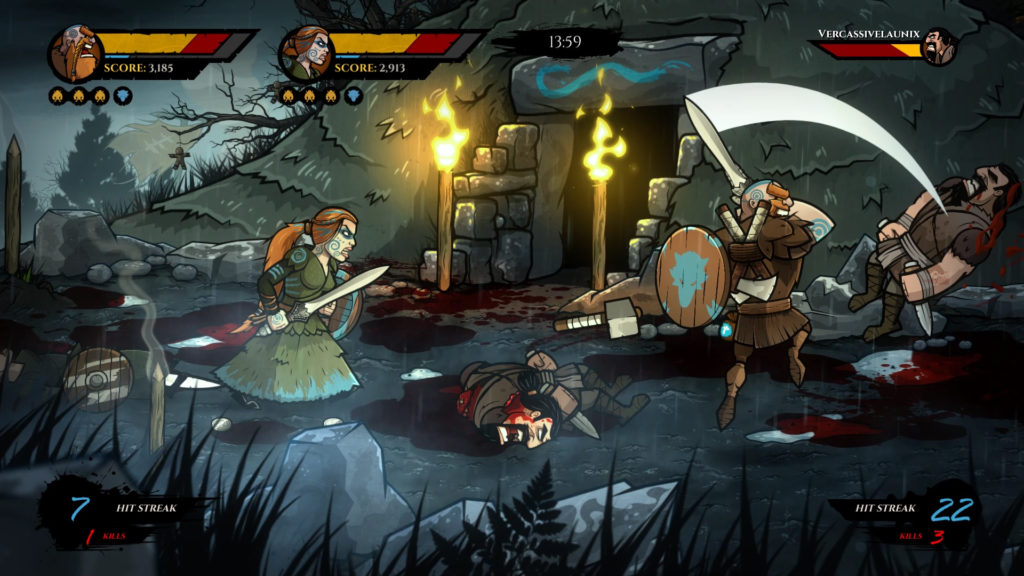 Nintendo Switch players can enjoy the impressive 2D brawler Wulverblade when it makes its official eShop debut on October 12, 2017!

Some of you might know about Wulverblade already. It was featured on Nintendo’s Nindies Showcase. Make sure to check out the awesome trailer!

Wulverblade is a game that “brings back the glory days of Golden Axe, Sengoku, and Knights of the Round with over 8 varied levels filled with sharp blades, enemy hordes, and blood-soaked arenas. Slice through the invading Roman Legions in graphic detail on your own – or enlist a friend for the slaughter in two-player co-op!”

The Roman Empire is about take control of the north of Britannia and quash the last remaining tribes – and you must stop them dead in their tracks! Play as either Caradoc, Brennus or Guinevere – members of a family originating in the northern tribe of the Caledonii. This family of warriors has been the guardian of the most northerly tribes of Britannia for generations. The Romans have invaded Britain and conquered all that lies before them… until now.

Defend the homeland from the Roman army with strength, courage and a healthy number of wolves. Unleash deadly combos and devastating finishers to turn the tide of battle as you fight through eight scenic levels. Explore a rich, historically inspired story filled with all-out mayhem, manic action, and plenty of murder in this faithful homage to classic side-scrolling beat ‘em ups.

Wulverblade will be available on the Nintendo Switch eShop Thursday, October 12 for $19.99.

Feel free to visit the official websites of Darkwind Media and Fully Illustrated, the team behind Wulverblade.

Are you excited for Wulverblade on Nintendo Switch? Let us know.