“Fantastic Four” Movie Review: Nothing Fantastic About It! 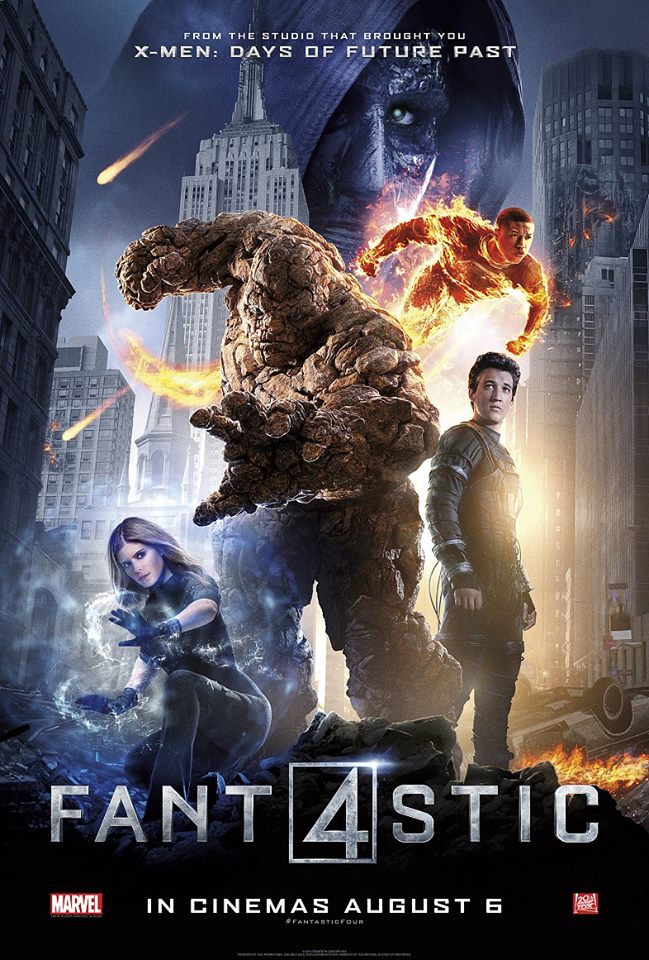 I didn’t intend to see the new Fantastic Four film, but then the negative reviews started flooding in, and I was intrigued to see for myself why the film was being deemed awful. I thought that perhaps critics were overreacting and I might see something positive. Unfortunately, the moment the main characters came on screen and the plot became obvious, I knew the reason behind all those negative reviews.

For me the Fantastic Four never worked as teenagers. I remember them as young adults from the comic books and that’s what I enjoyed about them. If I wanted to read about teenage superheroes I would pick up the Teen Titans. Sadly, director Josh Trank felt otherwise and Fantastic Four ended up looking like a poor man’s Chronicle, another superhero movie about super-powered teenagers by the same director.

Fantastic Four has always been about family, each member of the team contributing to keeping the team together over the years. This is something that was quite clear in the previous Fantastic Four series, but in the reboot the concept of family is nowhere to be found. Yes, Sue Storm (Kate Mara) and Johnny Storm are adoptive siblings but other than that there is no link between the main characters.

Speaking of Johnny Storm, when Michael B. Jordan was cast, people expressed their unease. I have no qualms about changing the race of a famous comic book character as long as the race isn’t a major part of the character to begin with. However, I still feel that writers need to create new POC fictional characters rather than changing the race of already established ones.

Having Johnny be played by Michael B. Jordan added diversity in the team, but what I couldn’t get over was how the black son had attitude problems and the white sister was a prim and proper daughter to Professor Franklin Storm. Even though the film tried to be different, it kind of missed the point by playing on a stereotype.

As far as the plot is concerned, if you can get over the main characters being teenagers, you mind end up enjoying it a bit. The problem I had with Reed Richards (Miles Teller) working with Sue, Johnny, and a disturbing version of Victor von Doom (Toby Kebbell), was that he forgot about his childhood best friend Ben Grimm (Jamie Bell). Though Reed invited him to explore the new dimension, the whole thing felt wrong to me because the boys forgot to invite Sue. 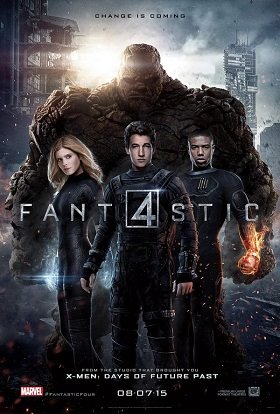 The boys talking about no one remembering the engineers who sent Neil Armstrong to the moon fell flat because they forgot to take the girl, who also worked on the project, with them. I think the writers didn’t want to bring Sue along because she would’ve tried to stop the boys. Frankly, her stopping them would’ve been the best thing to happen in the film!

After the painstaking origin stories, the rest of the film showed the characters being used as military assets trying to find Reed who escaped Area 57. They also wanted Reed back because without him the portal couldn’t be re-created. Again I rolled my eyes at the reasoning. Reed creating something ‘original’ made sense to me, but the world’s smartest engineers not being able to re-create something felt like plot convenience.

The main characters came together to become the Fantastic Four near the final 10 minutes of the film to take down Victor von Doom in the new dimension. I enjoyed the final fight, but I think that had more to do with not having anything enjoyable to see since the film started.

The Fantastic Four reboot would’ve fared well if it was a story about a couple of teenagers getting superhero powers and being used as military assets rather than a retelling of the origins of famous Marvel fictional characters.

A sequel’s date has been confirmed but with the current box-office numbers it might never come to fruition. Fantastic Four has clearly cemented its place as one of the worst superhero films ever. I mean the Halle Berry film Catwoman and even Elektra didn’t do well but at least I enjoyed watching those films. Fantastic Four felt like something that was haphazardly put together so Fox didn’t have to give the rights back to Marvel and have a superhero franchise other than the X-Men. I still believe that making a Fantastic Four Part 3 starring Jessica Alba and the rest would’ve been better. There’s still time, Fox; you can still revitalize the previous series!

Did you watch Fantastic Four? What did you think of it? Let us know!