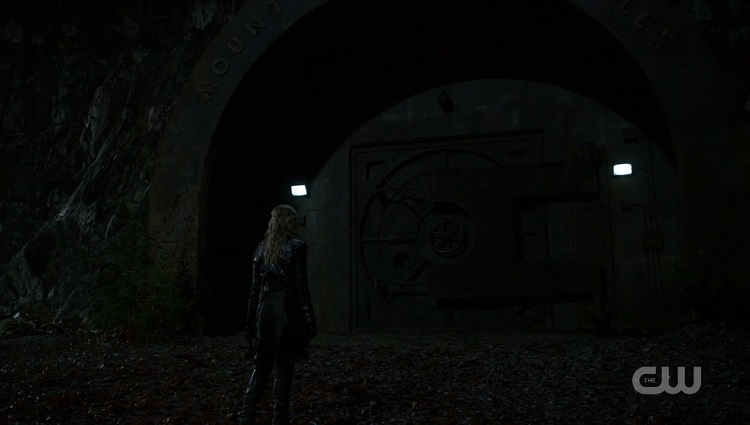 Holy jeez, did that just happen? After last night’s episode, I may or may not have spewed a profanity-laced rant at anyone and everyone involved in this show for bringing me down so completely. “Blood Must Have Blood, Part 1” is the penultimate episode of Season 2; in other words, it’s the episode where everything goes wrong. And man, did everything go wrong. People were dying left and right, there were multiple betrayals, and our intrepid heroes are worse off now than they have ever been before, with seemingly no hope in sight. Leave it to The 100 to dash all your dreams.

When you think about it, neither Dante’s nor Lexa’s betrayal should have shocked us. Both have made it explicitly clear in the past that they will do whatever necessary to protect their people. I guess I am a little surprised that after the shift in Lexa and Clarke’s relationship last week, Lexa would do something like this. Regardless of whatever feelings Clarke had for Lexa before, I don’t know if Clarke could forgive her for basically selling the Sky People out. Clarke killed the boy she loved so that the alliance could be forged, and Lexa kind of spat in her face. Right now, it seems that Finn died for nothing.

You may remember that I expressed concern about Clarke’s arc this season, and how she was quickly becoming the character who had to have all of the answers. It will be interesting to see how she deals with such a catastrophic setback and the affects it will surely have on her willingness to trust. Make no mistake, Clarke is not a person to be scorned.

I am a little confused at how readily the Grounders accepted the deal. After all that talk about vengeance and justice and “blood must have blood”, for them to just accept it and go home seems a little odd. I am forever befuddled at the strange sort of honor that the Grounders have. Lexa killed her most trusted advisor for attempting to stop the alliance, but then she turned her back on the alliance itself. Not to mention that it would be very difficult to trust an ally who has a habit of backing out. Representatives from all twelve clans were part of this battle. Did they all have people held captive in Mount Weather? If not, they would have witnessed Lexa’s betrayal. Could this act signify a possible war between the clans next season? 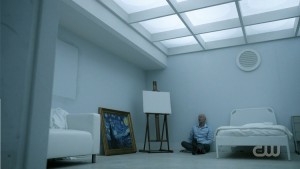 At least Dante seemed torn on his decision. He has been very vocal with Cage about how the delinquents were not to be harmed and that the bone marrow harvesting had doomed his soul, so he appears to be doing this only as a last resort, to save his people from annihilation. He is the opposite of Cage, who almost gleefully manipulates even his own people into doing his bidding. In the event the Mountain Men make it to the ground, I don’t see Cage maintaining peace with the Grounders. He clearly has loftier goals — like perhaps the City of Light? Still, what will happen when the residents of Mount Weather learn that Cage was willing to sacrifice his own people?

Dante repeatedly refers to the Grounders as savages, which is more revealing of his character than anything. Who is more savage — the people who fight with spears, or the people who harvest the innocent? Personally, I think the Mountain Men are far more savage. They project an air of sophistication while conspiring to kill you behind your back — at least the Grounders are open about it! Yet he did look as though he was disappointed in himself for what he did… he may still be on “our” side after all.

My heart is hurting, you guys. This is not going to end well.

What did you all think of the episode? Do you think there can still be peace between the Ark and the Grounders? Did your heart break for Octavia, who now has no place she belongs? Do you think Echo is going to come back in a big way?