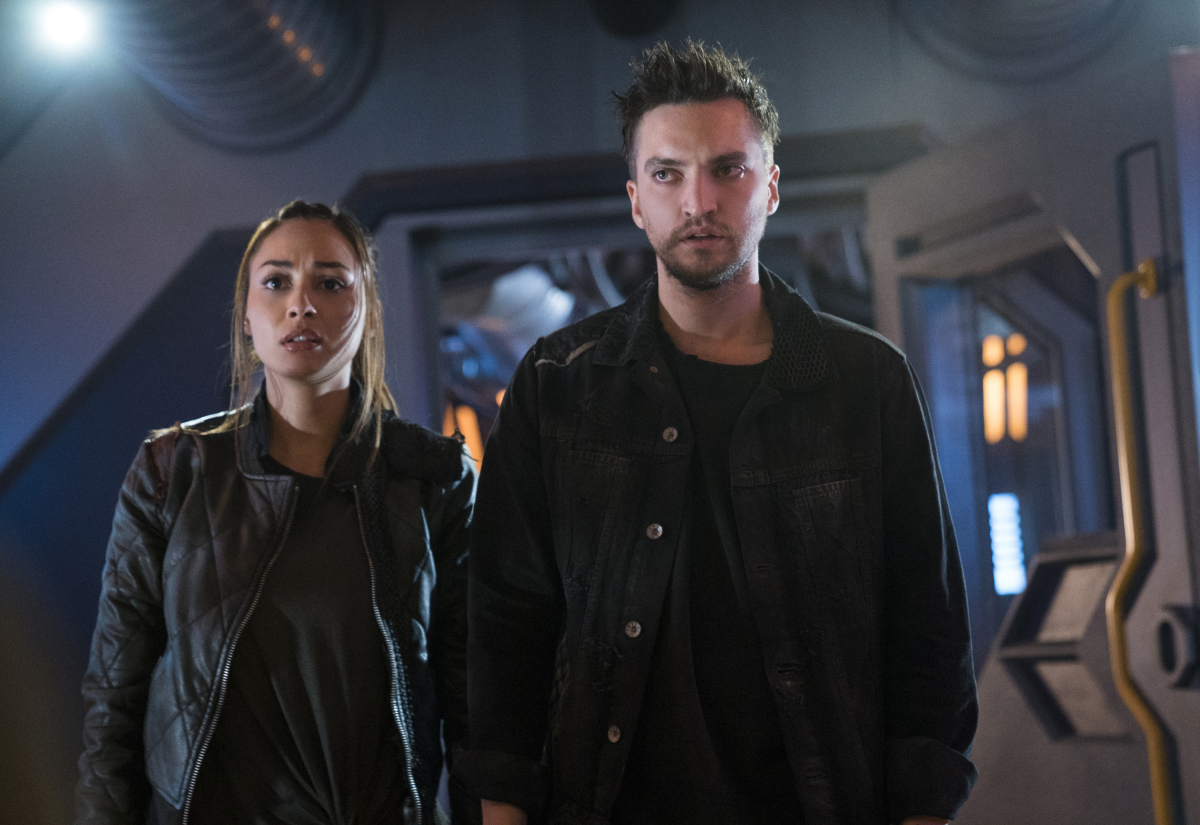 “Pandora’s Box” is a heavily emotional episode. There are lots of tearful reunions, lots of philosophical discussions, and lots of self-sacrificing idiots trying to do the right thing and be better people. (And then other people completely undoing all their hard work.)

First off, almost everyone reunited in this episode and it was glorious. Everyone’s acting was top-notch in “Pandora’s Box”. The emotion on everyone’s faces was palpable. Lindsey Morgan did especially well in the scene where Raven and Murphy learn that Clarke is alive. Abby and Clarke’s reunion was amazing as well, as was Bellamy and Octavia’s. I wish the reunion scenes would have lasted a bit longer, but I must say, I’m quite pleased that this has happened so quickly. I wasn’t sure how long The 100 intended to drag things out, but it’s four episodes in and everyone is already back together and at war with Charmaine’s crew. That was fast. 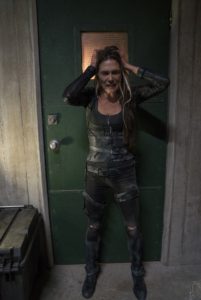 Two weeks ago, we ended on a cliffhanger, with Marcus appearing in the bunker’s fighting pit. As some speculated, he was there because he was taking the fall for Abby, who had stolen some medicine. He won, but he “showed weakness” and lost the crowd, prompting Octavia to demand he fight again the next day. Marcus tried to reason with Octavia, saying that saving their people was about more than just keeping them alive. When he refused to fight, Octavia went into the ring to kill him herself, but he was saved by the timely intervention of Bellamy and Clarke, arriving with the mining crew from the Eligius.

We have some great discussions about morality in this episode. From Marcus’s plea to Octavia to end the fighting pits – bringing up floating people on the Ark and how they should have learned to be better by now – to Murphy volunteering to pull the plug on the prisoners so Raven wouldn’t have to make that choice…to Murphy ultimately deciding not to pull the plug at all to save their lives. This is something that The 100 does pretty well – philosophize without being overly preachy – and season 5 offers two perfectly contradictory examples of The 100‘s main message: last week, Murphy decided “let’s go be good guys”, but in the season premiere, Clarke tells Madi, “There are no good guys”. There is a lot of very gray morality on this show, and it’s demonstrated very well in “Pandora’s Box.”

There was some frustration in “Pandora’s Box”. I’m not sure why Raven didn’t want to tell Bellamy about Shaw’s attempts to hack into the ship’s computer. It might have been because she knew their communications were shared and she didn’t want to risk it, but at the very least, Bellamy wouldn’t have been completely blindsided at the end when it turned out he’d lost all of his leverage. On that note, Octavia blaming Bellamy for what happened is ridiculous. When giving the chance to get out of the bunker, was she honestly not going to take it? It’s not his fault one guy went rogue; no one would have died if not for that guy.

I was kind of excited about Octavia’s storyline this season after her impressive performance in the flashback, but she seems to have lost all reason. I’m sure there’s a lot that happened in those six years that we’re missing that explain why Octavia is this way. She does have to maintain order and stay in control or chaos descends, I guess. And she did give Kane the option of getting out of the pit. But Wonkru became extremely cult-like, which considering they live in a bunker previously meant for a cult is kind of interesting.

Have you guys seen “Pandora’s Box”? What did you think? Any theories about the classified Eligius III mission, that was apparently populated by nightbloods? (Something that I didn’t think existed until Becca created it, but you know, whatever.) Do you think Shaw faked the malfunction with the missiles?