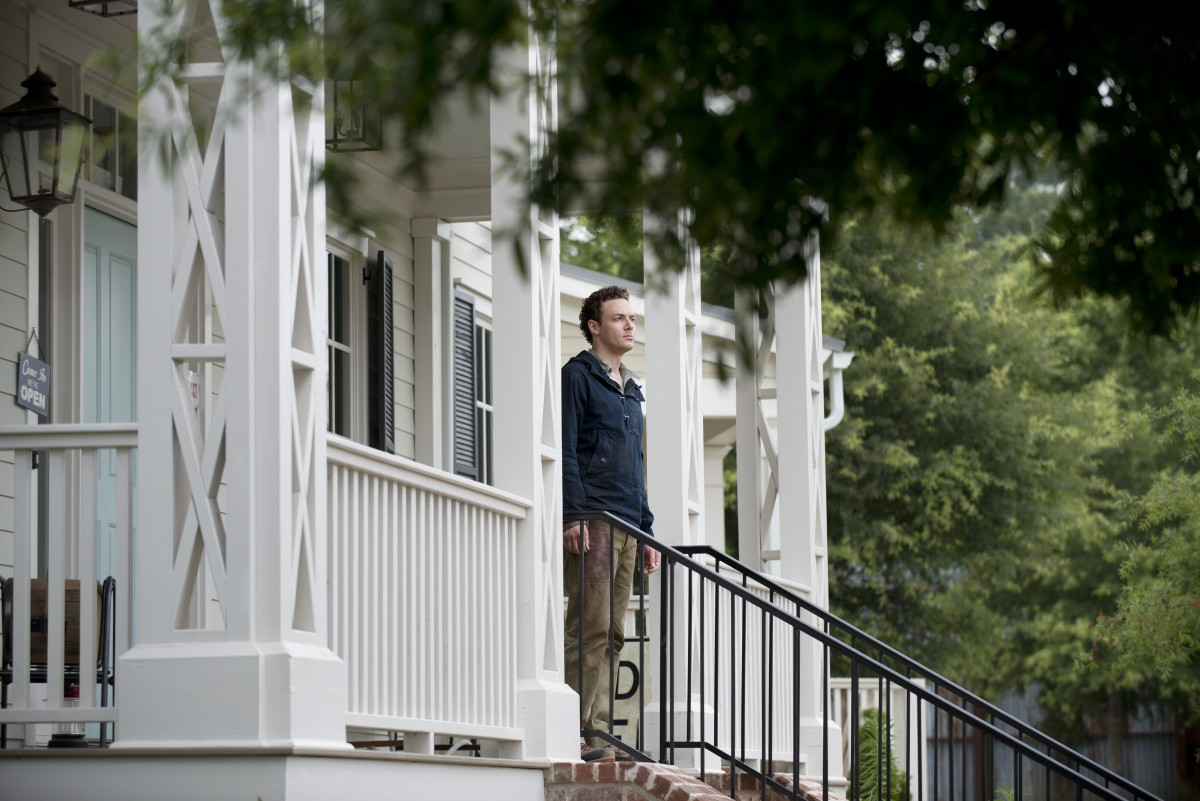 More often than not during this season of Walking Dead, it has taken me some time after the episodes to formulate any sort of coherent thoughts about what happened.

Unfortunately, “Now” was no different – the episode felt disjointed at best, as if the writers were trying to tie up a bunch of loose ends while at the same time not revealing too much. You know–about all of those things, the ones that we know, but aren’t supposed to know.

I have to admit that the tension revolving around Deanna was pretty great this episode. As frustrating as it is to watch another major character – especially someone who is supposed to be a leader – fall apart (at what nowadays, on this show, seems like the slightest sign of hardship), I think that they did a good job with this character. To be honest, my only negative thought is that it was a bit drawn out – but then I remind myself that we didn’t see her for a couple of episodes, and the portrayal of her falling apart and eventually telling Rick that he needs to be the new leader seems pretty damn good.

Speaking of Rick, I didn’t care for how frustrating he was in this episode. His return to Alexandria was pretty badass (if you can forgive how inexplicable it was considering where we last saw him), but what could have been a decent speech at the beginning was marred by the fact that he was telling people they could survive by being quiet, yet he was yelling at them right inside the wall! And then later when he actually believed a word that Jessie’s son was saying to him I couldn’t help but think, “Come on, man” – and at the same time hope that Rick wasn’t actually falling for that kid’s BS. (Seriously I’m not going to bother to look up that kid’s name, I don’t know it off the top of my head and I don’t really care because he’s trouble and I don’t see him lasting.) 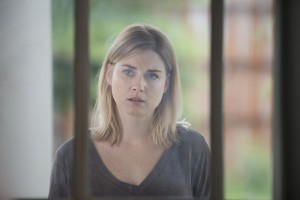 Rick wasn’t the only character who proved frustrating in “Now”. Jessie wasn’t really any better, because while I understand what they’re trying to do with her character, it was too sudden of a change in some days. She may be making grand speeches and stabbing walkers in the head, but she’s also still allowing one of her sons to run wild and the other to hide upstairs in their house. The most meaningful part of her story this episode was her offing Betsy, who we have to assume killed herself after finding out that her husband David was dead. 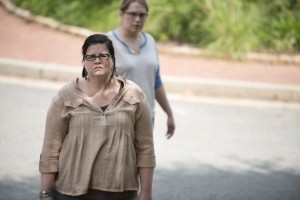 Meanwhile Deanna’s son Spencer is a mess as well, to the point where I wonder why they’ve even bothered keeping him alive. At the moment the most interesting thing about him is that he’s lying about what happened with the truck, claiming he killed the driver and therefore kept it from crashing through the wall. Other than that he’s just stealing crackers so I’m going to hope he doesn’t last much longer, either.

Probably the best thing about “Now” was the scenes with Maggie and Aaron. I loved the  minimal callback to season one with them trying to use the sewers to find Glenn, and their confrontation with the nearly-completely-rotted walkers was amazingly disgusting. I’m also glad that they cleared up the “mystery” about her being pregnant. We all knew it, but it’s nice that, for once, the writers aren’t trying to extend the (faux) suspense.

I’ll also admit that I’m a bit torn about what’s going on between Tara and Denise. I want to like it but I’m also concerned that it’s – for these characters – unnatural…though part of that may be because I know the comic book version of Denise’s character. However, the fact that her seeming “reason” for kissing Tara was that it was “the end of the world” didn’t seem promising. I’m all for a healthy, believable lesbian relationship on this show but I don’t want it to be forced.

All in all, this wasn’t the worst episode of Walking Dead, but it wasn’t great either. As I said, it was disjointed at best, to the point where I almost feel like the writers lost their way after staging (?) Glenn’s death. I honestly hope that they pull everything back together in the next three episodes, because otherwise the first half of this season will end up as something that could have been amazing but is instead spoiled by bad storytelling.

What do you think? Have the past five episodes told a good story, or do you think the writers are messing with viewers? Can The Walking Dead put everything back together in just three episodes?