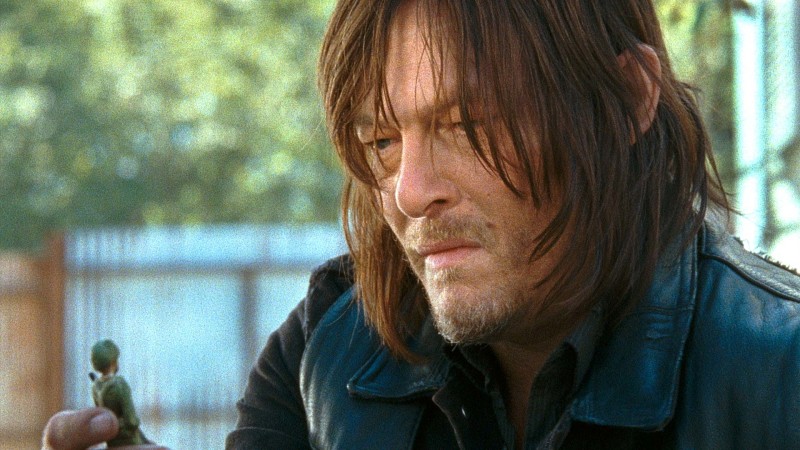 I suppose the best thing I can say about “Twice As Far” is that at least at the end, things happened?

That said, this is all still obviously a buildup to the season finale. Yes, “Twice As Far” eventually moved some things forward… I just wish they hadn’t taken so many steps back first. At the very least, I think it would have been better if some of the buildup in this episode had taken place in previous weeks, because somehow it was both very slow and yet also very stressful until the big scene that happened close to the end.

The beginning was a lot of one-on-one scenes. Rick and Morgan had a quick talk, and Morgan is building his prison cell. Daryl admitted to Carol that he should have killed Dwight and Honey from “Always Accountable” in the first half of the season. Eugene and Abraham headed off on a little stroll of sorts. And I’m not even really sure what’s going on with Spencer and Rosita – is he just trying to be nice because Abraham was such a jerk to her, or is he trying to date her? My guess is maybe the latter but to be honest unless I missed something (which is always possible), it was unclear how much time had passed since “The Same Boat”, that was already a problem between “No Way Out” and “The Next World”. I’m not asking for there to be an obvious timeline announcement, but if Spencer was actually hitting on Rosita, isn’t it maybe too soon for that? Unless I missed something regarding how much time had passed, it is too soon, and I mean, I was just starting to be sort of more okay with Spencer. Sigh.

I know that once again I’m going to be jumping forward quite a bit, but I am legitimately appalled about what happened to Denise. It upset me because while “Twice As Far” definitely seemed to be hinting at her death, I kept thinking – no, hoping – that maybe it was just another red herring, that The Walking Dead wasn’t going to treat this character so badly, or believe that their viewers needed to have the possibility of her death shoved in our faces so much right before it happened.

But I was wrong, and I can’t even decide whether I’m more sad or angry about her death. In fact, I was at C2E2 this weekend and attended a panel about Diversity in Geek Media during which we talked about how lately TWD has been a lot better about representation, and then they turn around and follow the “bury your gays” trope. Not only that, but now both times Tara has been in a relationship she’s lost her significant other just as she has grown to really care about that person, so it’s doubly frustrating. Add to that the fact that Denise died while basically in the middle of ranting to Daryl and Rosita about how they don’t even know how awesome they are, and there you go, Denise was stuffed into the fridge. Plain and simple. 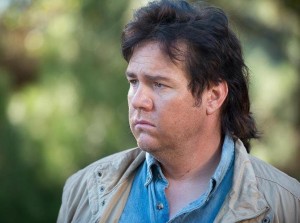 Meanwhile, other things were happening, but after all that nonsense Eugene and Abraham’s little pissing contest doesn’t seem very important. Sure, it was pretty bad ass when Eugene bit Dwight, err, in the crotch, and I guess it’s cool that he was able to both cause a proper distraction and prove himself in the process…I just wish it hadn’t been too little, too late. Denise was already dead, and Dwight had already had the chance to blame her death (and basically anything else he had done or would do) on Daryl. Plus it lasted kind of an uncomfortably long time, but considering everything else that happened in “Twice As Far”, I suppose it’s almost silly of me to complain about this one little off-putting detail. 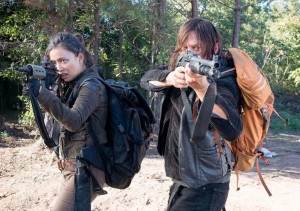 Listen, yeah, that action sequence was pretty good. But none of that makes up for the forced tension that saturated most of the episode, or the fact that they did so many little things to build up Denise’s character (like bringing up the fact that she had a twin brother, that she knew how to drive stick, etc.) and then took her out in about (or maybe less than?) thirty minutes’ worth of run time. (Sorry not sorry, I’m not going to be able to just let this go.) Sure, we saw Dwight again. Yeah, we saw more of the Saviors, and a bit more of what they’re capable of. But like I touched on earlier, I’m just not sure I can be convinced that this little step forward was worth the price paid for it. In fact, I’d say it’s almost like another Beth, because it essentially involved Daryl watching someone who clearly cared about and believed in him (and had made those things known) die. Bad form, Walking Dead. Bad form.

And as for the way “Twice As Far” ended? Well, I’m not quite sure what to think. Basically we know that Eugene will be okay despite getting shot, and at least someone (my guess would be Daryl) went back for Denise’s body. But Abraham and Sasha taking a step forward? Ugh. And Carol leaving? Awkward. That close-up of Morgan that seemed to last forever? Weird.

Obviously I wasn’t very fond of “Twice As Far”. I think I’m just tired of hoping that The Walking Dead will take the high road and pretty much always having those hopes dashed. Yeah, Denise’s death was shocking and awful…but sometimes “shocking and awful” isn’t the best direction for a show to take, and this show in particular has been getting a bit too brazen with these sort of shock and awe efforts. 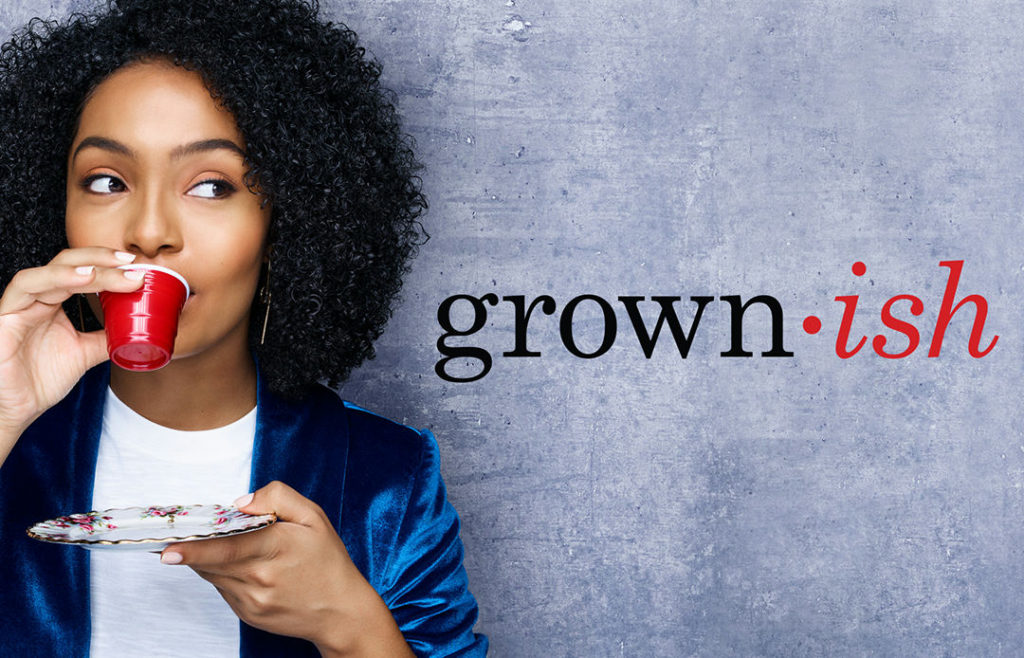 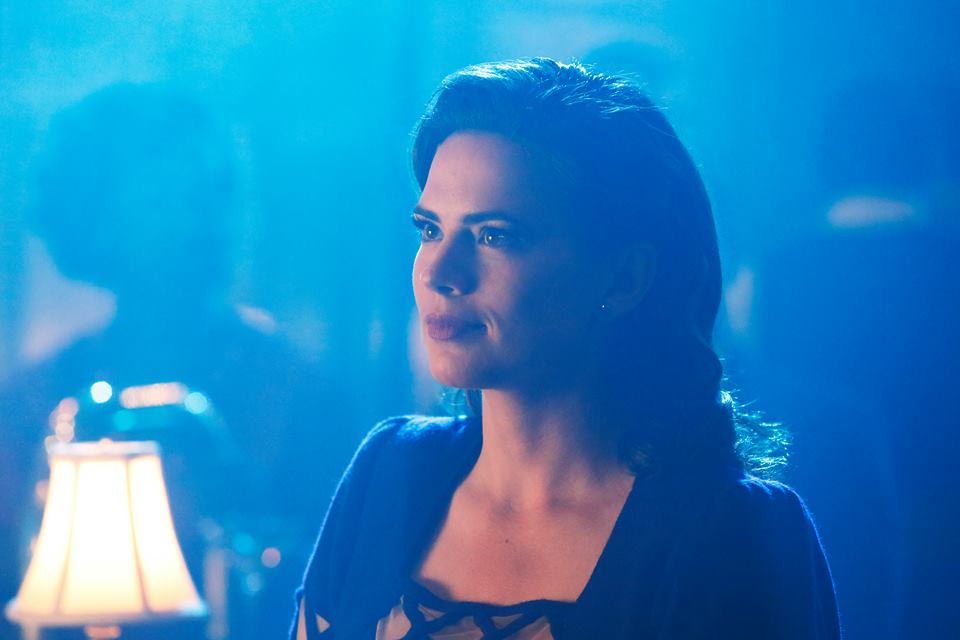