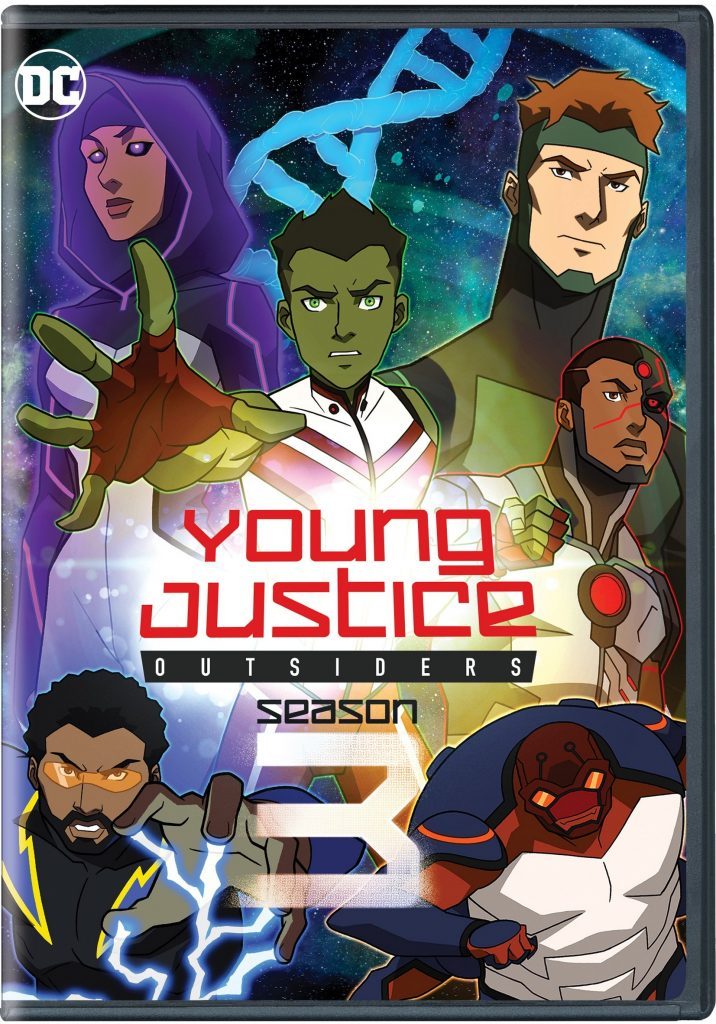 Warner Bros. Home Entertainment (WHBE) has announced the home release dates for Young Justice: Outsiders – The Complete Third Season. The animated show’s third season will be available on Digital come September 24, 2019, and on Blu-ray and DVD on November 26, 2019.

Produced by Warner Bros. Animation and DC, Young Justice: Outsiders is a continuation of the Young Justice animated series that aired on Cartoon Network back in 2010. The complete third season will be available on DVD for $24.98 SRP.

The Blu-ray version will be made available courtesy of Warner Archive Collection. Both, the Blu-ray and the DVD, will include 26 episodes each.

Here’s the official description for the show’s third outing:

In Young Justice: Outsiders – The Complete Third Season, our heroes have survived the schemes of the Light and saved the Earth from the Reach Invasion – but the worst has yet to come. Now someone is kidnapping teens and transforming them into super-powered weapons! Meta-Human trafficking is a terrifying threat to a society caught in the crossfire of a genetic arms race spanning the globe and the galaxy. Now Nightwing, Superboy, Miss Martian, Tigress, Aqualad and Black Lightning will need help from a new group of young heroes to save the world from the war games of Super-Villains controlling the system from the inside. What’s needed … is a team of Outsiders.

All 26 episodes will be available as a four-disc DVD set. The episodes are:

“The audience demand for Young Justice is obvious – the fans are the ultimate reason the series has returned after six years, and the viewership on the DC Universe streaming service has been significant,” said Mary Ellen Thomas, Warner Bros. Home Entertainment Senior Vice President, Originals, Animation and Family Marketing. “We recognize that thirst for Young Justice and know those same fans will want to have the action-packed third season – with all of its new characters, voices, and challenges – as a compilation package.”

The animated series has been praised for (certain) well-written narratives as well as queer representation.

A fourth season is currently in the works.

Previous:“House of X” Issue 5 Review: Society (Or ‘What the Heck is Wrong with Prof X?’)
Next: “Game of Thrones Beyond the Wall” RPG Reveals Details About Daenerys Targaryen & Jon Snow!