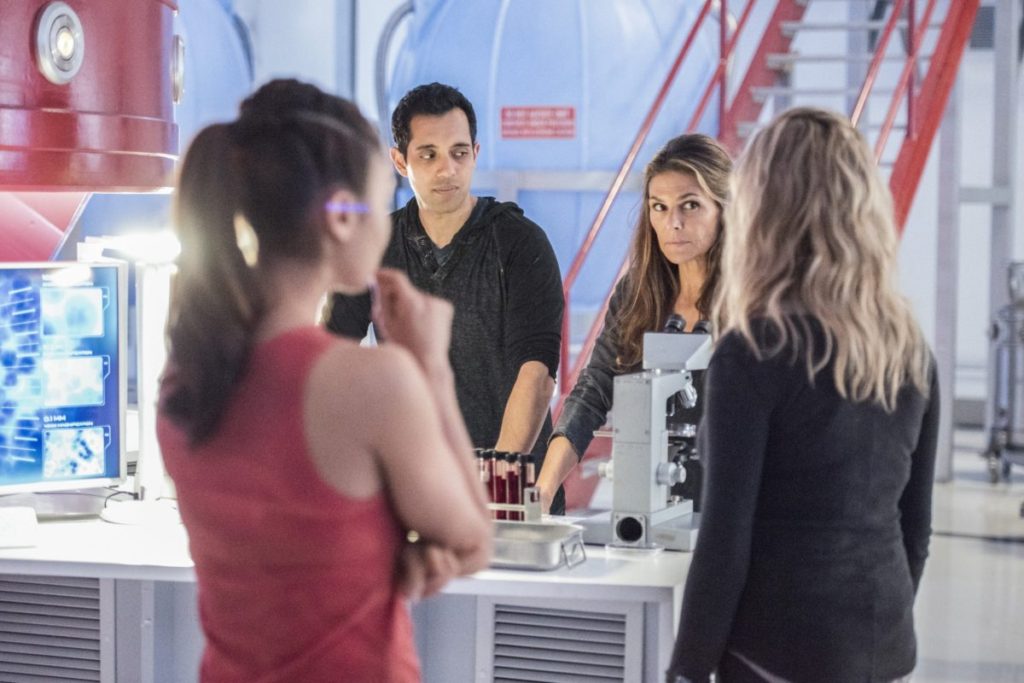 With “God Complex”, we’re a little more than halfway through season 4, and I’m starting to get weary of the constant cloud of misery that hangs over these characters. Can I make a request that season 5 is full of things like finding candy factories and puppies?

I used to really love The 100. Last season was extremely tough to swallow, but I vowed to stick with it through the end of the season in case it got better. Season 4 started out promising, but episode by episode it seems to be devolving into disaster porn and it’s getting tiring. First they had six months to live, then three months, then two months, and in “God Complex” we learn that it’s actually only ten days. Every season gets progressively worse and I just don’t understand why the writers feel that all of this is necessary. There is plenty of conflict available in the idea of a group of people coming to Earth and trying to adapt into a society that developed on the planet they left behind. Every season doesn’t have to have some horrible calamity.

That said, every season does have a horrible calamity, and they only have ten days to figure out how to survive a massive wave of radiation. So here we are. “God Complex” starts with the young man that they exposed to radiation dying horribly. Everyone at the lab discovers Emori’s deception, slotting her as the next person to be tested. Luna refuses to donate any more blood to kill innocent people, but Clarke and the others aren’t willing to let her go. Raven, unsurprisingly, is against imprisoning Murphy and Emori and forcibly taking Luna’s bone marrow, because, you know, that’s what they did in Mount Weather.

Tara mentioned in last week’s review that Emori’s actions don’t make any sense, because the group at the laboratory could very easily have asked for volunteers. It’s still the same situation; Clarke and Abby talk as though they have to choose someone who is there at that moment, instead of radioing Arkadia and explaining the circumstances. It seems as though this exists solely to “force” the group into making awful choices, even though there are other options. Clarke’s decision at the end, to inject herself instead of Emori, was still a choice made with the assumption that it had to be someone at the lab, instead of literally anyone else. And while I’m pleased that she ultimately did that – because I was expecting her to for most of the episode and starting to get disappointed – there is still the fact that they could have gotten a more willing volunteer. And because The 100 is about constantly upping the stakes, Abby destroys the radiation chamber before they can test Clarke, so now they don’t know if it works.

The 100 is a show about putting people in dire situations to see what our choices say about human nature, but “God Complex” proves that the situations are manufactured to produce the most possible drama. This show is supposed to be about characters who have no other choice, but this episode shows that there are other choices. I was able to deal with it before, but now it’s just ridiculous.

That isn’t to say I didn’t enjoy aspects of this episode. 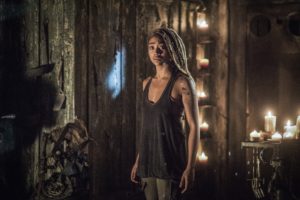 I was pleased by the return of Gaia; I suspected that we would see her again and that she would be important, though truth be told this is not the manner in which I expected her to be helping. When we last saw her, she had fled Polis in order to seek more Nightbloods. I can’t help but wonder what happened to that mission, because she was apparently just chilling in the temple in Polis – and wasn’t that convenient, because it turns out the bunker that Jaha had been searching for earlier this season is under the floor.

I love the development of Roan, a character I quite enjoyed last season. His presence is a great counterbalance to the experiences of Skaikru, though I don’t always agree with his methods. In truth, the Grounders and Skaikru were faced with similar choices, but neither can see where the other is coming from. This is why I appreciate Luna more as the season goes on, as she doesn’t want anything to do with either group.

The problem is, this season is just becoming so damn depressing. It’s like constant misery and moping, and it’s becoming almost a chore to watch. I love these characters, but I’d like to see them not always fighting for the survival of the human race. Maybe that’s something season 5 can explore, but I honestly don’t know if I’ll be watching when that happens.