2015 was a great year for fictional women, and there were so many amazing ones to choose from! But we have to narrow them down to a few favorites to highlight. Here are The Geekiary’s Favorite Female Characters in Geek Culture 2015!

Peggy Carter stole our hearts in Captain America: The First Avenger. We loved 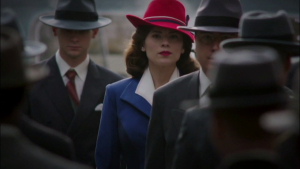 her so much that this year they fulfilled our collective fangirl fantasies by giving Peggy Carter her own television series. While Marvel’s Agent Carter had problems (the lack of diversity is a serious issue) the fact that Captain America’s love interest got to headline her own show where she basically spends 8 episodes punching the patriarchy is one the best things that has ever happened. Peggy is seriously amazing, especially when she punched Thompson and called Sousa on his ‘nice guy’ crap. Also that one time she stapled that guys face, that was freaking cool.

Furiosa and the other women of Mad Max: Fury Road broke all sorts of genre stereotypes in a single film.  In the action and dystopian genres, women are seldom the driving force behind the plot.  When they are, they tend to be the sole women, often being propped up by a secondary cast of all men.  In addition to these two issues, they are also often portrayed as femme fatales or otherwise sexualized.  None of this is true in Mad Max: Fury Road.  Furiosa is the protagonist and Max is her wingman.  The secondary cast is almost entirely women and their sexuality isn’t portrayed in a way that caters to the male gaze.  In fact, the driving force behind the plot is them trying to break free from being trapped as sex objects or viewed entirely as baby-making machines.

I need more Furiosa in my life.  I need more female-driven action and dystopian stories.  I need more films that easily pass the Bechdel test in practically every scene.  God, why is this type of thing so rare? 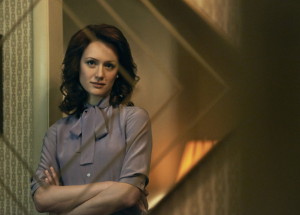 Halt and Catch Fire isn’t AMC’s most popular show, but the series set in the 1980s that depicts the evolution of the personal computer is super engrossing and has a very loyal fan-base. Of the main characters, Donna Clark is the most intriguing and realistic. Not only is she a wife and mother, but she is a computer genius and assists another female character in a gaming startup. She is the type of character that could easily become a caricature, but Kerry Bishé plays her with some serious depth and warmth that makes viewers fall in love with her. Donna wears the pants in her family, but is also an active and caring mom, all while balancing her own passions and aspirations.

Jessica Jones may have super powers, but she’s not a traditional superhero.  What I found so appealing about her as a character is that the plot mostly revolves around her reclaiming her own agency, fighting the PTSD she suffered from her experience with Kilgrave, and actively trying to prevent him from controlling others and sexually assaulting more women.  Add to this the fact that she’s a badass, whiskey drinking, independently employed Private Investigator and, well, you’ve got an incredible character worthy of praise.  More Jessica Jones please. 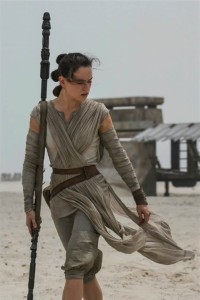 Hey people. WE FINALLY HAVE A LEAD FEMALE HERO IN A STAR WARS MOVIE. And she’s not sexualized. She’s respected by her colleagues. She’s strong and kind and an amazing pilot/mechanic and she’s Force sensitive and probably going to train to be a Jedi. If there’s anything else to say about her, I’m at a loss, probably because I’m still just too damn excited over the fact that not only does Rey exist in the Star Wars Universe, but she’s *awesome*.

For those of you not in the loop with Supernatural, Wayward Daughters is the fan-created spin off idea starring many of the shows favorite female characters.  The dream cast includes Sheriff Jody Mills, Sheriff Donna Hanscum, and Claire Novak.  The fandom took the idea and ran with it, creating a charity t-shirt campaign that’s supported and promoted by the cast.  While the Supernatural fandom can sometimes feel rather down in the dumps in regards to female representation on the show, this movement has given a lot of fans a sense of empowerment and community that’s been sorely lacking.

We finally have a horror female protagonist who is awesome. When iZombie premiered early in 2015, who knew that our favorite zombie would become a character that we didn’t know we were missing? Whether it is eating brains to solve murders, or hanging out with her guy friends, Liv is like no other character on television. Her style is unforgettable, and Rose McIver is a powerhouse actor who can play whatever story lines or personalities the writers throw at her with ease. 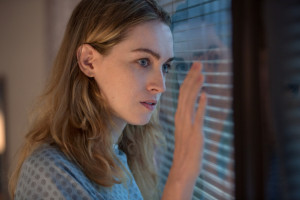 Wow, Nomi changed the game completely when she showed up as one of the main characters (if not the most important) in Netflix’s Sense8. Not only is the character transgender, but so is the person playing her (Jamie Clayton). Now don’t get me wrong, all of the females in Sense8 were incredible and strong and amazing, but having a transgender woman at the center of a cast was incredible. Her story was powerful and heart-breaking, and the relationship portrayed between her and girlfriend as well as the one between her and her family were so real–I cried when she cried and I laughed when she laughed. Nomi was a truly powerful force in 2015 and undoubtedly has left the door wide open for other transgender characters and actors.

Hermione has been around for years, and she has always been one of our favorite fictional characters. In 2015, though, fans got to see her in a new light as the new play, Harry Potter and the Cursed Child, cast a black woman in the popular role. Although we are used to seeing Hermione as a Caucasian girl and young woman in the film adaptations and a lot of the book art, her race is never specified in the books, so seeing her from a new perspective  is a welcome surprise. I am also super excited to see how adult Hermione turned out! Leave it to Hermione to keep pushing the boundaries and not making any excuses about it. 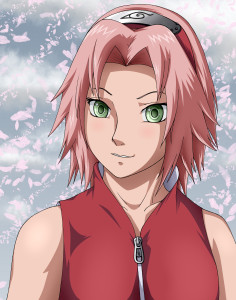 While Sakura Haruno’s character development has always been a controversial subject in the Naruto fandom, the year 2015 was great for her. Not only did Masashi Kishimoto show her as a female character who would go to great lengths to save her daughter, she was shown to be as compassionate as she was strong. In Sakura Hiden: Thoughts of Love, Riding Upon a Spring Breeze she started a clinic to assess and treat the mental health of children after the Fourth Shinobi World War. And even though her love for Sasuke was still strong, she didn’t need him to save her when she got kidnapped. Sakura took on the major antagonists herself and continued not being the damsel in distress she once was when first introduced in the manga. Her status as THE strongest female ninja, and one of the strongest and smartest in all of Naruto, remained cemented this year as well.

The Hunger Games franchise brought us Katniss Everdeen, a girl who came from the lowly District 12, volunteering in place of her sister at the Reaping. She is an endless fountain of personal inspiration, not to mention a very real portrayal of mental illness among young people, and a total badass with a bow and arrow. She rises from poverty to become the unwilling symbol of a rebellion, all to save her friends and her family. With the final movie hitting theaters recently, we said so long to Katniss and her magnificent story but it’s not entirely a goodbye for good.

Previous:Flashback to the 80s with the Trailer for “Everybody Wants Some”